How tests and scan helped catch and fight silent Covid 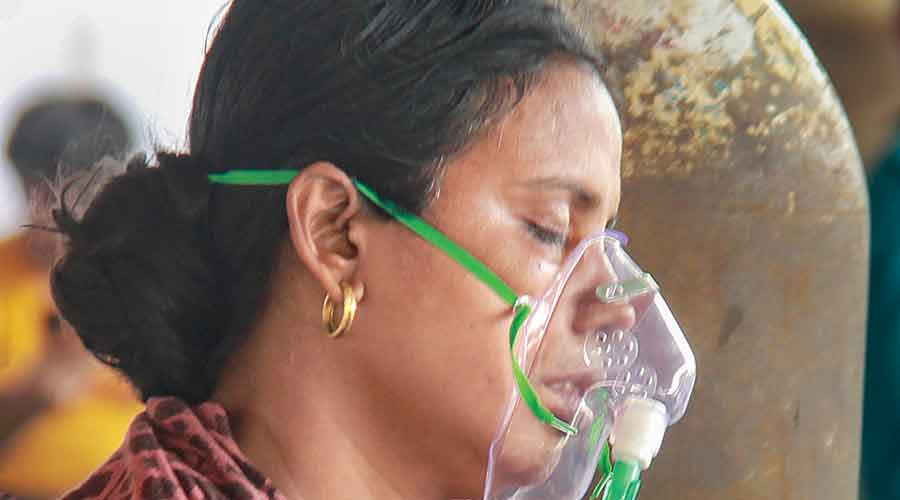 The latest guideline from the Indian Council of Medical Research (ICMR) to stop relying on the RT-PCR test and instead rely on clinical diagnosis — that is, an evaluation of the symptoms of the patient — to determine whether they have Covid is a welcome move.

Before Covid, doctors, at least in India, were judged by their ability to diagnose illness without subjecting patients to tests. However, led by World Health Organisation-directed public health experts, the Covid response from the start has been test-dependent.

We have even been counting the number of days of illness not from the date of the onset of symptoms but from the date of the Covid test result. As a consequence, we have lost precious time in starting treatment for Covid patients — an almost criminal neglect given that this is a galloping disease that can have you choking to death in nine days flat.

The overcrowding of the testing laboratories has meant that Covid tests have been delayed by up to four or five days, adding to the number of days of missed treatment.

The ICMR must continue to work in this direction, developing guidelines for Covid treatment that are not test-heavy and allow the treatment to start quickly at home.

An example of how not to proceed is provided by AIIMS director Randeep Guleria’s media statements over the last few days on Covid treatment.

Based on a classification of cases into mild, moderate and severe, he announced that mild cases do not require blood tests or scans.

“If you are in home isolation with mild illness, and oxygen saturation is good, there is no point (in doing a CT scan),”he is quoted as having said.

He added that scans were to be avoided as they were exposing patients to radiation “equivalent to 300-400 chest X-rays”.

He is also quoted as having said about blood tests for inflammatory markers that “A lot of people go for CRP, D-dimer, LDH, ferritin — all these tests. This is not needed for mild illness if home isolation with oxygen saturation is maintained.”

He said: “Patients must undertake these tests only when they have moderate illness.”

When Dr Guleria’s announcement came, I had just emerged, with my husband, from a case of silent Covid pneumonia where we had normal oxygen saturation and no breathlessness throughout our Covid illness, but scans showed the famous ground glass opacity of Covid in the lungs at around Day 6 (from the onset of symptoms), which nearly doubled in 3 days in both cases.

X-rays, like pulse oximeters, have not been reliably identifying this silent pneumonia. Blood tests in this period showed highly elevated inflammatory markers for us both.

So, in our case, at least, scans and tests — even though our condition appeared to be “mild” — enabled doctors to catch the silent pneumonia and intervene with treatment before the descent into oxygen deprivation, and at a time when there was not a single hospital bed available in the city.

The Indian Radiological and Imaging Association has rebutted Dr Guleria in a scathing statement that terms his claims “alarming”, “unscientific” and “irresponsible”. It has stressed the usefulness of scans in identifying the latent progress of the disease.

It has also underlined, rather shockingly, that Dr Guleria’s information about scan machines is outdated by 30 to 40 years, and stated that “modern CT scanners use ultra low dose CT which has radiation comparable to only 5-10 X-rays”.

The relief of emerging from this strangely deceptive disease, where you appear virtually symptomless for several days while it is silently blocking your lungs and thickening your blood, dissipated like a puff of smoke with news of people in their 40s, like me and my husband, dying of Covid after having appeared to be mild cases. Many cases had not received any early treatment at all.

For one year we had all been told to do nothing other than “isolate” if we fell ill with Covid. The only medical advice was to report to hospital if oxygen saturation levels fell below 92. We were told that we could have “mild”, “moderate” or “severe” Covid, as though these were water-tight compartments and not a progression that might swiftly and covertly be going on inside the body.

There are a range of symptoms and syndromes associated with Covid, the most dangerous of which is hyper-inflammation. Also termed the “cytokine storm”, at the start it can give very little outward signs.

Currently, doctors are identifying it by the build-up of various elements in the blood such as D-dimers, interleukin 6, C-reactive proteins and ferritin, among others, testing for which Dr Guleria objects to in the so-called “mild” versus “moderate” cases. It’s a distinction that crumbles as “mild” silently progresses to “moderate” in the body.

The only way to control Covid-induced hyper-inflammation that doctors have till now found is by giving anti-coagulants and steroids. But Dr Guleria announced that “in mild illness, there is no role for anticoagulants”. He also claimed that the early use of steroids was leading in many cases to mild cases “becoming” severe, and that “patients are reporting severe pneumonia”.

When Dr Guleria made these statements, in Delhi, RT-PCR tests were taking that long to come in or were giving false early negatives.

The disease has such a stealthy onset that people don’t even know that they are ill for much of the first 5 days. So the likelihood of masses of patients being given steroids in this period is at least questionable.

The sudden plunge from mild to serious Covid in this second wave in a significant subset of patients has had everyone puzzled. At the current state of knowledge and given the speed of this disease, we are scrambling to use what we have — blood tests, scans, anticoagulants and steroids. This is not ideal, but Dr Guleria has to give us alternatives when objecting to their use. He needs to give realistic and compassionate advice. We have suffered enough.

Delhi has run out of doctors to tele-consult with for Covid. An attempt by this writer in New Delhi to gather a list of doctors around India for tele-consultation yielded only 14 doctors.

Doctors report receiving hundreds of calls daily and having lakhs of messages piling up. In late April, private hospitals running home care packages said they had run out of capacity to register any more patients.

The irony of Dr Guleria’s pronouncements was that there were no doctors to prescribe scans and blood tests. And even if you got a prescription for a test, the laboratories were getting jammed. All major blood-testing laboratories had a waiting time of at least three days. Enough time to get a stroke from an internal cytokine storm.

The cost of the scan to which Dr Guleria objects puts its own brakes on how many will be done. As Covid spreads to our poorer communities, we will see a collapse of treatment, not merely because of a lack of hospital infrastructure but because no one can afford pulse oximeter and thermometer-based diagnosis. So much for testing.

So Dr Guleria is right, but for the wrong reasons. Test-based Covid treatment is dangerous because tests are simply not available or accessible at the speed required to treat this disease. You need to develop a treatment protocol that does not rely on laboratory tests or scans. You need to draw on clinical evaluation, but bearing in mind that not everyone can find a doctor.

This is not something radical for the medical community. Over time, medication for most communicable diseases does become standardised. Aren’t we treating tuberculosis through Anganwadi centres in this way? People are given their pills to take at home for nine months. This is what the ICMR must do as a first priority.

It is a challenging task, as there is still so much to learn about Covid, which keeps changing and surprising us. But this is the task. We have to come up with a realistic and humane protocol that uses minimal testing; we have to find an indicator for lung function apart from (or better yet, beyond) oxygen saturation levels as shown by the pulse oximeter; and we have to keep everything open-ended, given the changing disease.

Those leading us out of this pandemic have to acknowledge the radical uncertainty of the times and stop grabbing at comforting but ultimately wrong and misleading assumptions. They have to acknowledge that a novel disease needs novel thinking, and that some of the old rules may need to be more honoured in the breach than the observance for a while.

We are in a battle of wits against this virus, folks. We need to start thinking hard, fast and furious. As if our life depended on it, because it does.

Fauci: India has to scale up vaccines