How long will India be kept out of Security Council, asks Modi 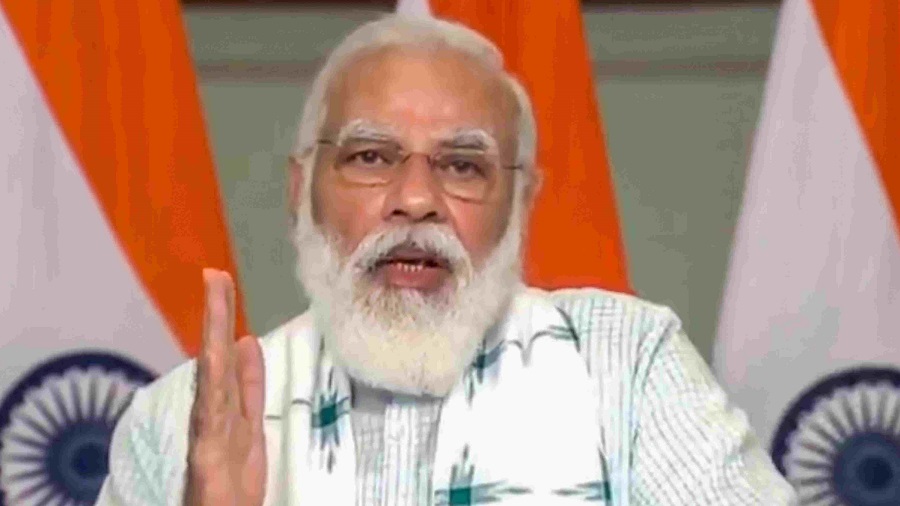 Prime Minister Narendra Modi on Saturday raised questions on the response of the United Nations in combating the COVID-19 pandemic, and assured the global community that India will use its production and delivery capacity to help all humanity in fighting the deadly disease.

In his pre-recorded video statement to the landmark General Debate of the 75th session of the UN General Assembly, Prime Minister Modi said that even during these very difficult times of the raging pandemic, India's pharmaceutical industry has sent essential medicines to over 150 countries.

The Prime Minister's remarks questioning the UN's effectiveness in combating the pandemic came amidst the strident criticism of the role played by the World Health Organisation (WHO) by US President Donald Trump, who this week alleged that the top world health body was virtually controlled by China.

Trump has repeatedly blamed China for the coronavirus pandemic which originated in the central Chinese city of Wuhan in December last year and accused Beijing of suppressing the details of the deadly contagion.

Modi told the 193-member UN General Assembly that in India and the neighbourhood, we are moving ahead with phase 3 clinical trials in India."

He further assured the UN that India will also help all the countries in enhancing their cold chain and storage capacities for the delivery of the vaccines.

Prime Minister also made India's strongest pitch yet for a more prominent role in the UN Security Council, asking the global body, "Till when do we have to wait? Till when will India be kept away from the UN's decision-making process?"

In his opening remarks, Modi said, "When we were weak, we didn't trouble the world. When we became strong, we didn't become a bojh (burden) on the world. Till when do we have to wait? India has sent soldiers to UN peace-keeping missions and India has lost the most number of soldiers. India has always thought about the welfare of the world."

In his speech, which was for around 22 minutes, the Prime Minister also spoke of several milestones the country had crossed, including setting up over 40 crore bank accounts to propel financial inclusion.

This year's high-level UN General Assembly is being held in a largely virtual format as world leaders did not travel to New York for the annual gathering due to the coronavirus pandemic.

Heads of State and Government and Ministers sent in pre-recorded video statements for the high-level week, including the special commemoration of the UN's 75 years and the General Debate.