Current happenings suggest that the institution, opened in 1954 and located in the elegant Jaipur House in Lutyens Delhi, may well become one 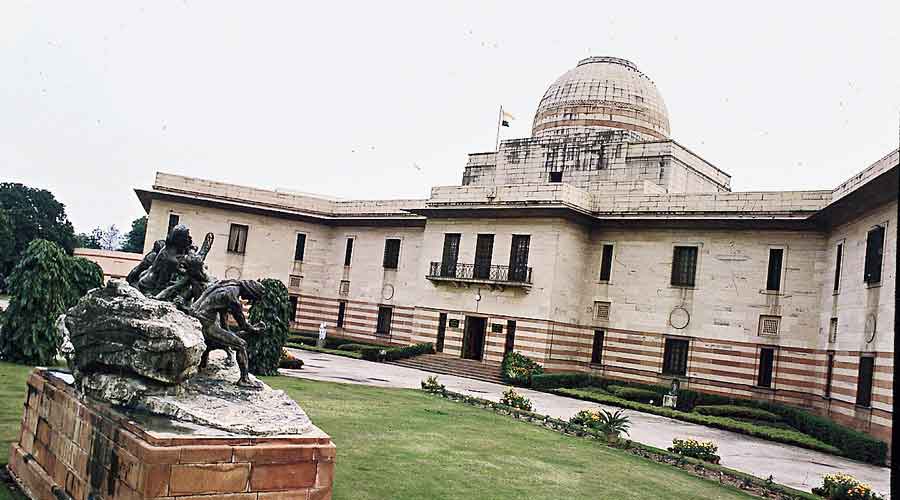 Will the National Gallery of Modern Art be turned into a temporary shelter for Hindu deities and other artefacts that the Prime Minister has brought back from his recent trip to the US with much fanfare?

Current happenings suggest that the institution, opened in 1954 and located in the elegant Jaipur House in Lutyens Delhi, may well become one. Those in charge seem to have forgotten that the NGMA is a repository of the country’s cultural ethos and showcases the changing art forms in the field of visual and plastic arts through the last 160 years, starting from about 1857.

And what is the aesthetic and cultural worth of these objects brought back from abroad? Art historian Pratapaditya Pal has said in a recent interview: “Take, for instance, the recent repatriation of artworks from the US to India. I have only seen the photos of the hundreds of objects that were handed over by the US government to the Prime Minister of India, most of which were not worth the freight charges for their repatriation.”

According to a Press Information Bureau report of November 11, Union culture minister G. Kishan Reddy had that day handed over to the Uttar Pradesh government, in the presence of several Union and state ministers, an idol of Goddess Annapurna retrieved from Canada.

The idea was that after a century since its theft, the 18th-century ritual object could return to its original seat at the Vishwanath temple in Varanasi.

This was one of the 157 artefacts, antiquities and figurines related to Hinduism, Buddhism and Jainism recently handed over to India during Modi’s recent visit to the US, thanks to the Prime Minister’s “sustained efforts”.

With the elections in Uttar Pradesh round the corner, Reddy did not miss the opportunity to invoke Annapurna Devi and the Indian farmers the BJP has bullied so far, crediting both with producing surplus food grain that guided the Prime Minister’s Garib Kalyan Anna Yojana during the pandemic.

The reception of the ritual object of little aesthetic merit took place in the precincts of the NGMA in Delhi, which is under the ministry of culture.

The Facebook page of the NGMA displays photographs of the ceremony with the accompanying text declaring: “Celebrating homecoming of Mata Annapurna at NGMA, Delhi.”

It was posted by the director-general of the NGMA, Adwaita Gadanayak, who is seen in the photographs wearing a red kurta and paying obeisance to the idol, attired in a ceremonial ghaghra choli.

Vivan Sundaram is not surprised. He described it as the “new norm” and of a piece with the bhoomi pujan by the Prime Minister for the new Parliament last December. “It signals the growing trend of bringing religion into culture,” he said.

Gadanayak told this correspondent over the phone on Saturday that the goddess had left on her journey on a rath through Uttar Pradesh.

Although no formal puja was held, the paraphernalia and auspicious colours of a religious ceremony could not be missed in the photographs.

Jogen Chowdhury’s only question was: “Does the government have any plan to return the sculptures of the Hindu deities (from) the Indian Museum and the National Museum in Delhi to their original locations?”