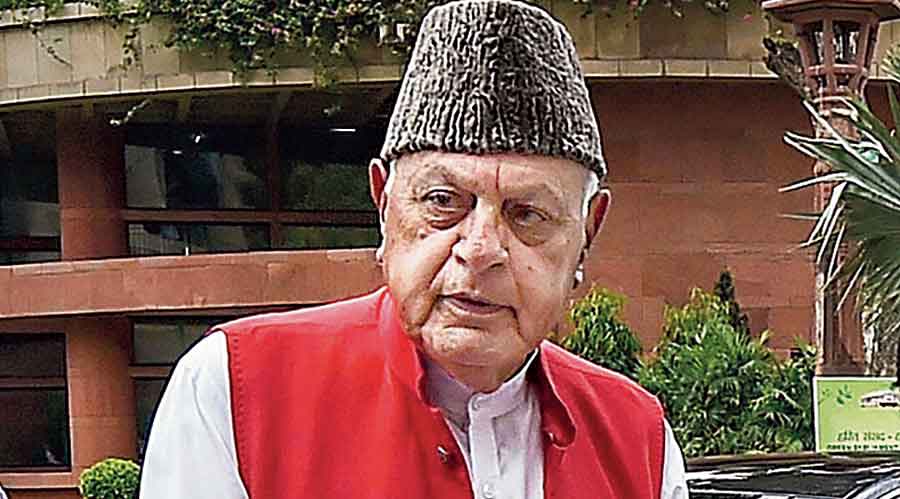 Senior politicians including former chief minister Farooq Abdullah were allegedly put under house arrest on the third anniversary of the amendments to Article 370 after they pledged to continue their fight for the restoration of Jammu and Kashmir’s special status.

Police said the allegations of house arrest – made by party functionaries --- were “baseless” and cautioned journalists against “spreading the fake news”.

The National Conference said Farooq had been placed under house arrest after returning from the party headquarters, where a meeting had pledged “to peacefully fight for the rights… unconstitutionally and undemocratically snatched from us on August 5, 2019”.

“Since we had no programmes in the evening, our leader made no effort to move out,” he told The Telegraph.A police tweet said: “Ms Mehbooba Mufti visited her party headquarters around noon time and Dr Farooq Abdullah visited Hazratbal shrine and his friend in Shalimar area in afternoon. Media friends are advised to verify news from authorities before circulating.”