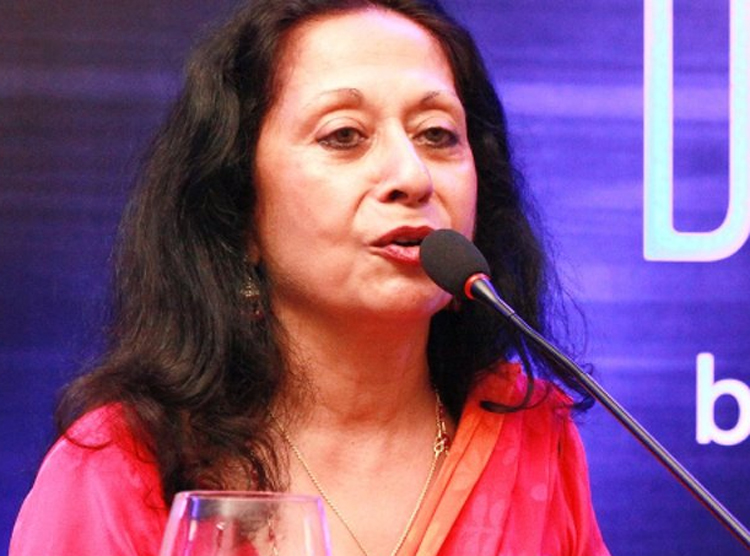 Journalist Tavleen Singh tweeted on Friday that her son Aatish Taseer’s “right to live here was never questioned until he wrote an article that the Home Minister did not like”.

Tavleen, who has supported the Narendra Modi government on all issues barring economic policies, was referring to the Union home ministry’s decision to revoke Taseer’s Overseas Citizen of India (OCI) status.

Throughout Friday, Tavleen was on social media, fighting trolls and thanking those backing her and Taseer.

When Twitter user Arjun Ramesh Hardas wrote that “Jinnah’s grandson is an Indian citizen by birth. His mother was never a Pakistani citizen. She was always an Indian”, Tavleen shot back: “Thank you for this reminder. Aatish’s mother has also always been an Indian citizen. And, his right to live here was never questioned until he wrote an article that the Home Minister did not like.”

Another tweeter, Abhijit Iyer-Mitra, pointed out that although Tavleen “has been more critical of Sonia Gandhi” than anyone else, the Congress “never felt it necessary to carry out punitive reprisals” against Tavleen’s son.

Tavleen responded: “Just to say that Sonia Gandhi took her revenge on me in her fashion. But, it is true that she never tried to harm my son.”

Tweeted Rajeev Srinivasa: “…Now he’ll (Taseer) start whining, claiming to be a victim, and his hate speech will be forgotten. Well, maybe by you. Not the rest of us.” Tavleen took him on: “Nobody whines in my family. Nobody claims to be a victim. But, yes I will stand up for his rights and mine….”

Tavleen retweeted a tweet by Time executive editor Ben Goldberger who shared Taseer’s response in the magazine on Thursday night to the government’s decision and wrote: “I had expected a reprisal, but not a severing. @AatishTaseer on losing his homeland, months after writing about India for @TIME.”