History of Kalapani and Lipu 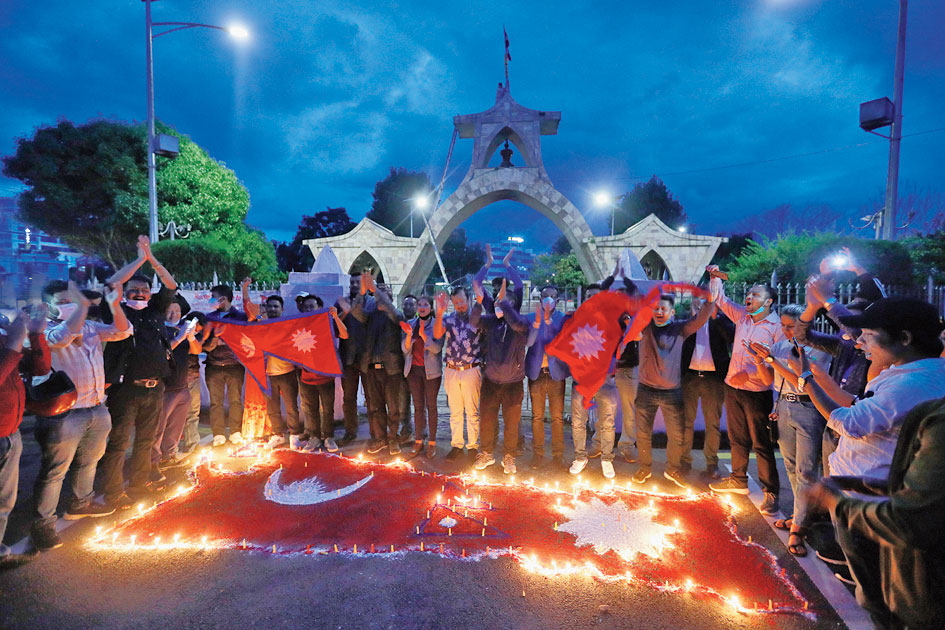 In a remarkable move, with few, if any, historical parallels, the lower house of Nepal’s parliament has moved a step towards an amendment of its constitution enlarging its territory at the expense of a neighbouring country.

The territory in question in the extreme eastern tip of today’s Pithoragarh district of Uttarakhand has been a part of British India’s jurisdiction through the 19th century, its boundary inherited by independent India in 1947.

The issue dates back to the Sugauli treaty of 1816 following Nepal’s military defeat by the East India Company. In terms of the treaty, Nepal relinquished the territories conquered by the armies of the new nation in the previous couple of decades, stretching from large areas in what are today Himachal Pradesh and Uttarakhand in the west to Sikkim in the east, in addition to tracts in the Terai.

The treaty stipulated the Kali river to be the western boundary between Nepal and British India. According to the Nepali position as articulated since the late 1990s, the 1816 treaty had seen the source of the Kali to be at Limpiadhura in the mountains north of Gunji. If accepted, this would justify Nepal’s claim on Kalapani and Lipu lekh.

It is difficult to sift through the different perspectives offered by different Nepali interlocutors. Nationalism has overtaken adherence to facts in some cases. There is the element of the untrustworthy Indians having occupied the area by stealth, taking unfair advantage of king Mahendra having generously allowed the Indian military temporary facilities in the area. Separately, I see also pride that a republican Nepal had retrieved the losses permitted for two centuries by the monarchy. I have seen references to the Indians having dug up the ground at Kalapani to create artificial springs, claiming them to the source of the Kali. These charges do not match.

With regard to the military element, as far as I have been able to ascertain, even from the writings of the strong proponents of the Nepali case, Lipu was not among the joint listening posts allowed by Nepal when, in another day and age, it was concerned about Chinese intentions. Lipu does not seem to feature in the list of such posts. When the Indians chose to put posts at Kalapani or Lipu, or chose not to, does not determine her sovereignty over the area..

To my mind, charges about when, how and why India had set up army/ITBP posts in the area is less important than the incontestable fact of Kalapani and Lipu having been part of Indian civil administration through the 19th century and subsequently till today.

Besides the many accounts of English officers and adventurers, we have the account of Charles A Sherring, Deputy Commissioner of Almora. In Western Tibet and the British Borderland (Edward Arnold, London, 1906), Sherring recounts how the area was a part of the then Almora district. Referring to Lipu, he says: “…. And when the British after the Gurkha war (Anglo-Nepalese War 1814-16), took over the rights of the vanquished, this very tract came also under the British Empire”.

On Kalapani, he says, “Kalapani is the supposed source of the Kali river, and therefore a very lucky place, for there are some half a dozen springs which fall into the main river, the actual source, however, being a few miles higher up”. This source can only be the stream coming down from Lipu, as Limpiadhura is several miles downstream of Kalapani. Sherring extols the possibilities of Lipu for pilgrimage and trade and mentions that cross-Lipu trade was worth £26,000 in 1904 as compared to £3,000 “sixty years earlier”.

This leaves no room for doubt with regard to the status of Kalapani and Lipu in the 19th century post Sagauli. There are, of course, any number of accounts by pilgrims until the mid-50s where Lipu is seen as the border between India and Tibet.

On their part, the Chinese have so far been consistent in accepting Lipu lekh as the crossing between India and Tibet. Lipu was one of the six passes approved for cross border trade in the 1954 Sino-Indian Agreement on trade with Tibet. In 1981, Lipu was designated as the route for Indian pilgrims to Kailash and Manasarovar and in 1991 border trade across Lipu was permitted to be resumed. Even after the expression of reservation by Nepal in 1998, the Chinese position remained consistent in discussions with India in 2005 and 2015, to the dismay of Kathmandu.

Leaving flights of fancy aside, one would like to believe that to have taken up the issue with such enthusiasm, Nepal would have some genuine grounds to seek a review of the current situation. If there are discrepancies regarding maps at different times, these can be discussed.

But I would like to underline that if indeed there are such, it also could well have been with the agreement of the rulers of Nepal at the time, as indeed has been suggested. Nor can the history of 200 years be altered by sudden bursts of nationalistic fervour. In any case, the deliberate demonisation of today’s India for what may have transpired 200 years ago is an act of bad faith. The affront to India’s national emblem by the Prime Minister himself and slurs on the Indian virus maybe indicative of the mindset dominating Singha Durbar today.

From information publicly available, clearly India should have anticipated what was brewing and acted with greater alacrity in responding to Nepal’s request for talks on the issue. One recalls a somnolent Delhi as the controversial clauses of the constitution were being finalised in 2015 and the then foreign secretary Jaishankar had flown in to Kathmandu a trifle too late.

Equally, the severe Nepali agitation on the alleged new map and the construction of the road to Lipu are laughable. The map, as far as this area is concerned, is a reproduction of an old one. And the road has been under construction in public view for many a year.

Much has been written, in India as also in Nepal, about Prime Minister K.P. Oli’s compulsions in pursuing his present course of action, and these have little to do either with the merits of the case or Nepal’s national interests. This is for the people of Nepal to assess.

Promoting unbridled and irresponsible nationalism with no regard for future consequences for the country is not exclusive to Nepal. But these are difficult times and given the fraught relations now between Delhi and Beijing, it might be in Nepal’s interest to tread cautiously.

India needs to make a cool assessment as to where it stands vis-à-vis Nepal. Repeating the old cliche about the supremacy of family links is a bit pathetic and, in fact, an insult to a self-conscious Nepal which has emerged as a democracy after paying a huge price in years of conflict.

But even as Nepal is given the respect and consideration which is its due, India too must ensure that affronts to its dignity or interests do not go unnoticed. The initial measured response by the ministry of external affairs has been a good beginning.