‘(Himanta) Sarma is the most divisive CM in Assam’s history’ 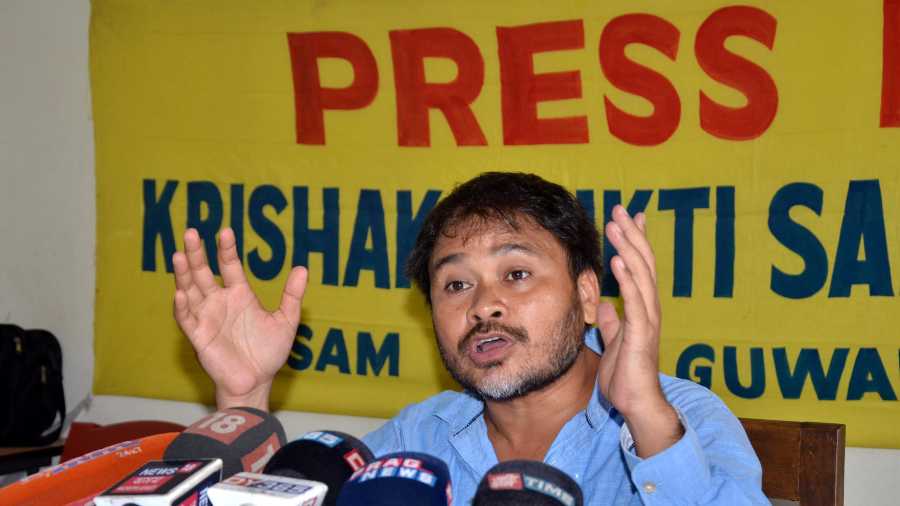 For his fans — mostly marginalised peasants spread across the state — Akhil Gogoi is a one-man army and the maverick “always in the opposition” to fight for their cause.

Gogoi, 45, has worn several hats over the last two decades. First, he shot to limelight as a Right to Information activist. He has also been a forest rights crusader and an anti-corruption fighter. In 2019, he took to the streets against the Citizenship (Amendment) Act or CAA. Currently, his calling card is leader of the newly formed party, Raijor Dal. In the 2021 Assam Assembly elections, he contested from Sivasagar and defeated the BJP candidate by a huge margin.

“I am perhaps the only candidate who built a political party from jail, couldn’t even campaign for a single day, yet won and was sworn into the Assembly from prison,” says Gogoi. He was jailed for 18 months on charges of instigating violence with the help of Maoists during the anti-CAA protests. On July 1, he was cleared of these and released. “Had I been out of jail and campaigned freely we’d have made the BJP government in Assam fall,” he says.

It has not been easy to get hold of Gogoi since he was released from jail. He has been travelling across the state and meeting political leaders across India to “fight against the fascist BJP”. When I finally get through to him, he is having an early dinner at New Delhi’s Assam Bhavan.

It seems he arrived a couple of days ago at the invitation of poll strategist Prashant Kishor (PK) to learn “how elections are fought”. He met PK and the representatives of some regional parties that wish to form a kind of a “federal front against the fascist BJP government”. He says he has plans to meet some top Congress leaders too.

I ask him about his equation with the Trinamul. He says, “They proposed I lead the Trinamul in Assam. That’s not possible, but I have not rejected their proposal to form an alliance with Raijor Dal. The discussion is on and we shall arrive at a decision before the by-elections [for six Assembly seats] in October.”

Gogoi explains that although the main objective of both parties is to oust the BJP, there are differences in perspectives. Gogoi’s party supports the plan to properly implement the National Register of Citizens (NRC) in Assam only; the Trinamul is dead against the NRC.

Gogoi says that the illegal migration of people from Bangladesh has different connotations for Assam and West Bengal. He and his party follow the Assam Accord of 1985 and, accordingly, believe that those who illegally entered Assam after March 25, 1975, should not be given citizenship. “Assam doesn’t have the capacity to accept more immigrants, yet the BJP government is trying to legalise many of them through CAA,” he says. “There’s a difference between Assamese nationalism and Bengali nationalism,” he adds.

However, he has no qualms over backing the Trinamul supremo, Mamata Banerjee, as the next Prime Minister of India. He says, “I don’t see Mamata as the chief minister of a state, but a much larger leader who can lead the federal front to oust the BJP. All regional parties must unite and rally with her in the run-up to the 2024 Lok Sabha elections.”

He believes his party, which he defines as a “Leftist nationalist party”, will also spearhead a Leftist revival in Assam walking hand-in-hand with all “official” Left parties, such as the CPI, the CPI(M) and the CPI-ML. These parties have had minimal presence in Assam since the 1970s. The Raijor Dal would have tied up with them before the 2021 Assam elections had the Left parties not formed a coalition with the Congress and the All India United Democratic Front — which according to Gogoi is a fundamentalist/communal party and an alter ego of the BJP. “This was a historical blunder by the Congress and the Left that led to their defeat,” he says.

Gogoi had Left leanings even when he was a student. This was one of the reasons he was accused of being a Maoist. He says, “They tried to frame me as a Maoist because I have been fighting on behalf of the marginalised against state atrocities and communal forces for decades. But they couldn’t build a single case against me and were forced to release me.”

His anger erupts when I mention the Cow Protection Bill passed in the Assembly recently at the behest of the Assam chief minister Himanta Biswa Sarma. He regrets he could not stop it despite being an MLA. He says, “Sarma is the most communal and divisive CM in the history of Assam. His only aim is to implement the BJP’s hidden political agenda in the state.”

According to Gogoi, the bill was meant to harm farmers of a particular community, but it is actually harming thousands of poor farmers in the state who can’t afford to buy tractors to plough their fields and use oxen. Besides, he thinks, the Covid-19 induced lockdown in Assam is the strictest in the country and may soon lead to starvation deaths in the state. Gogoi talks about the “encounter spree” unleashed by the Assam Police ever since Sarma took charge as CM. “At least 56 such encounters happened in which the accused happen to be the poorest among the minority community,” he says.

And what is he going to do about all this? Gogoi vows to don his activist’s hat again and unite all opposition forces in the state and the country. He says, “We shall take the fight to every street and lane of India.” 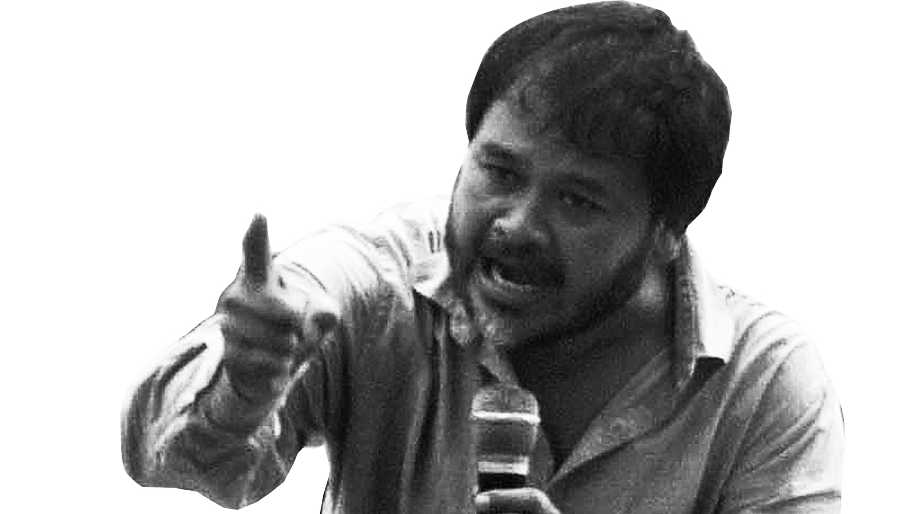 1976: Gogoi is born in Selenghat in Jorhat, Assam

2019: Is accused of sedition, thrown into jail and from there forms his own political party, Raijor Dal