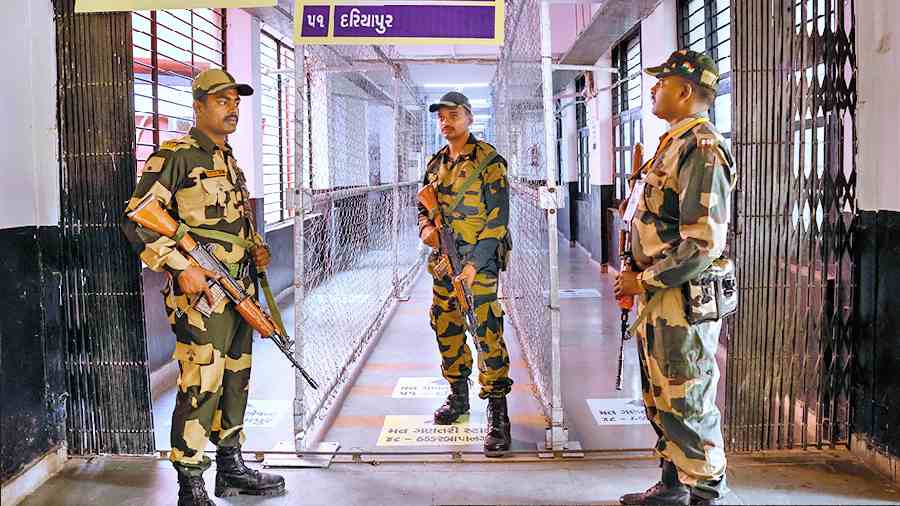 The Congress leadership is finding it hard to digest the exit poll predictions about the BJP’s seats and vote share rising significantly in Gujarat, but its main concern is the smaller hill state of Himachal Pradesh where a defeat will certify the party’s inability to turn the tide.

While the feedback from Himachal Pradesh suggests a thumping majority, not the cut-throat competition that the exit polls indicated, most Congress leaders believe the situational logic in Gujarat doesn’t point to the BJP’s dominance there.

The leaders are prepared for a repeat of a BJP government in Gujarat after Prime Minister Narendra Modi’s intense campaign but still nurture the hope of a major surprise from tribal areas, which appeared inclined towards the Congress.

“The BJP retaining power in Gujarat won’t be shocking. What will trigger a political earthquake is the BJP falling short of the majority mark, which we expected initially. We still can’t believe the BJP will cross 100. But what will leave us shattered and completely demoralised is a defeat in Himachal. The ground reality favoured us in both states but the BJP has strong roots in Gujarat. Himachal was itching to ditch the BJP,” a senior Congress leader told The Telegraph.

While Priyanka Gandhi campaigned extensively in Himachal, the Congress’s promise to provide monthly assistance of Rs 1,500 to every woman and cooking gas cylinder for Rs 500 caught the fancy of the voters.

The party’s assessment also suggested that the Agnipath scheme had angered the majority of households that traditionally send their sons to the army.

While some exit polls showed the BJP ahead in the hill state, most indicated a neck-and-neck race.

Congress leaders fear a thin majority will make the survival of the government difficult, given the experience in states such as Madhya Pradesh and Karnataka. In Gujarat, the Congress won 77 seats against the BJP’s 99 in the 2017 Assembly elections.

However, the Congress failed to sustain the momentum, losing several of its MLAs and zilla panchayats to the BJP over five years.

Rahul Gandhi had led the political assault last time and spent a lot of time in the state but he went only once this time, giving credence to the perception that the Congress wasn’t serious about challenging the BJP in its fiefdom.

The emergence of the Aam Aadmi Party cemented the perception of the Congress’s decline and most of the mainstream media started projecting Arvind Kejriwal as the main challenger. Congress leaders from Gujarat do not agree with this perception.

They asserted that the AAP would slice away a small fraction of votes, probably less than 10 per cent, and cut both ways.

They claimed the state unit fought fiercely and most of its candidates were locked in serious contests with their BJP rivals.

They pointed out how Congress rallies attracted huge crowds, much more than what the local BJP or AAP leaders could manage, and hoped to improve on the 2017 performance.

Asked if the exit poll prediction of a vertical split in vote share, with the AAP taking away 20 per cent, and an increase in the BJP vote share was possible, a Congress leader involved in election management said: “We haven’t seen that happening. We know there are triangular contests in around a dozen constituencies but we will retain our vote share. There is no question of the BJP vote share going up as people were angry over prices, paper leaks and Covid mismanagement. They can retain power if the AAP cuts into our vote alone but their vote share will come down.”

The Congress leadership, which has invested heavily into the Bharat Jodo Yatra, will proceed with renewed energy if they win Himachal.