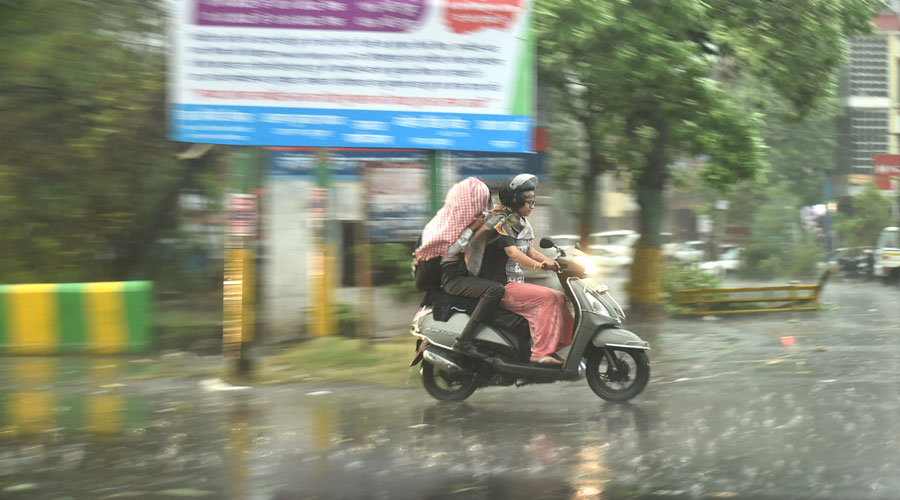 Delhiites woke up to thunderstorm and rains on Monday morning that brought a much-needed respite from the sweltering heat as the city recorded a minimum temperature of 18 degrees Celsius. The storm early on Monday morning caused power blackouts in many areas, reports NDTV. The bad weather also affected flight operations at Delhi's Indira Gandhi International (IGI) Airport with several airlines requesting passengers to check on their flight status before heading to the airport.

Trees got uprooted in some parts of the national capital and traffic snarls were reported in various stretches, including ITO, DND and near AIIMS, on the first working day of the week.

The India Meteorological Department (IMD) said thundershower with moderate rainfall will continue over Delhi and the National Capital Region (NCR) for the "next two hours".

Several airline companies tweeted that the bad weather in Delhi may affect departures and arrivals at the airport as they requested their passengers to keep a check on their flight status.

#6ETravelAdvisory: It's pouring in #Delhi. Flight departures and arrivals are getting impacted. Keep enough travel time in hand while traveling to the airport. To check your flight status https://t.co/dZbjXuYqED. For assistance DM us on Twitter/Facebook.

#FlyAI :Due to inclement weather in Delhi, flights are getting diverted & delayed. Traffic congestion on roads is also likely. Passengers are requested to keep sufficient time in hand to report for flights.

IMD also predicted thundershower with moderate intensity rain and gusty winds with speeds of 60-90 Km/h would continue to occur over and adjoining areas of entire Delhi and NCR during the next two hours.

According to the weather department, this was the first moderate-intensity storm of this season.

Summer is considered to start from March 1. "Normally between March and May thunderstorms occur for 12 to 14 days. But this season saw only four to five thunderstorms and that too mostly dry ones," the department said.