Advertisement
Home / India / Health infrastructure must be ramped up to ensure preparedness for next 2 months: Govt

Health infrastructure must be ramped up to ensure preparedness for next 2 months: Govt 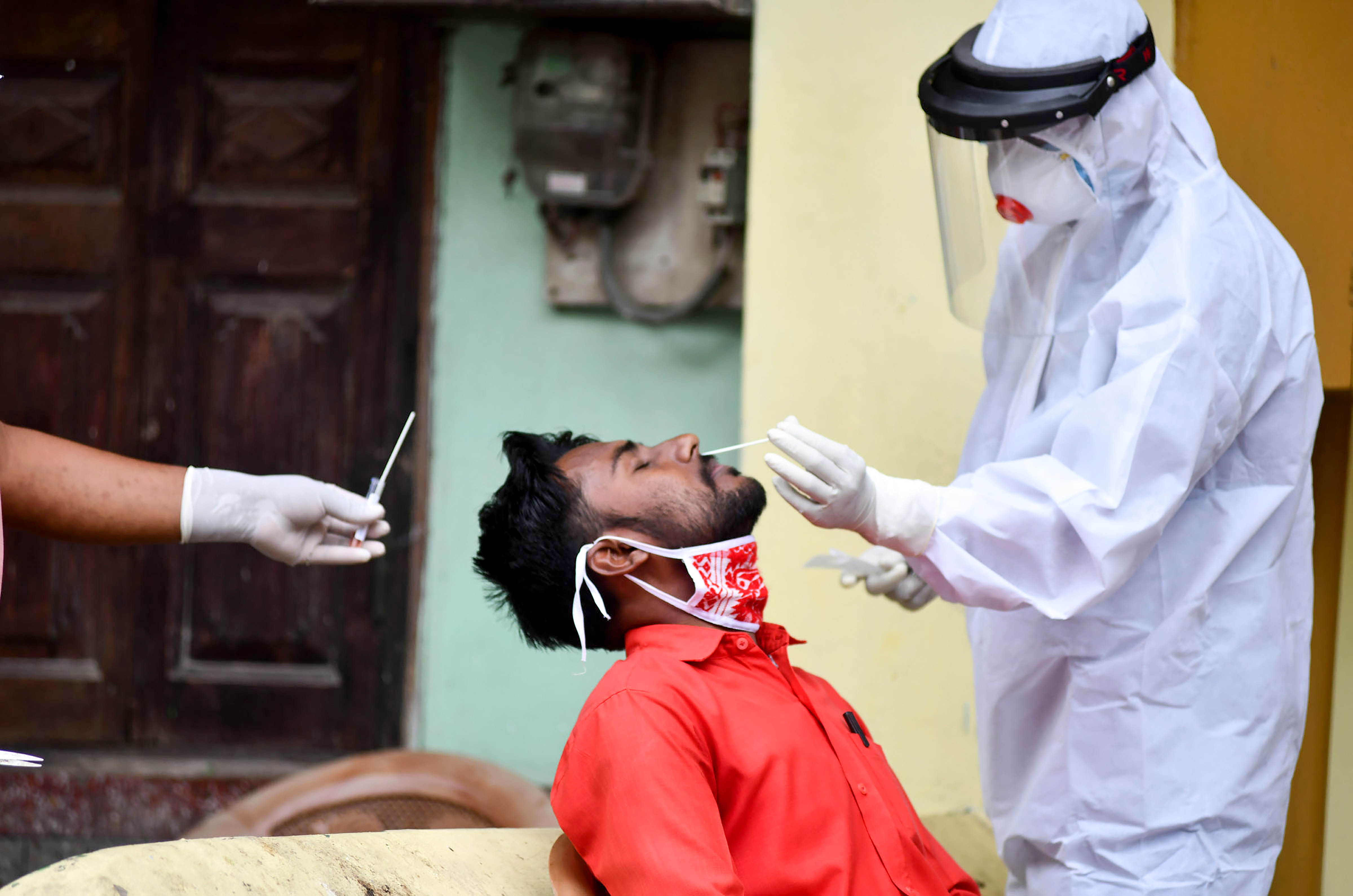 Health infrastructure should be ramped up to ensure preparedness for the next two months in the fight against the Covid-19 pandemic, the government has conveyed to eleven municipal areas in the country that account for 70 per cent of India's coronavirus case load.

The government has asked the 11 municipal areas to step up monitoring in old cities, urban slums and other high density pockets like camps and clusters for migrant workers for management of Covid-19 cases.

Union health secretary Preeti Sudan, who held a high-level meeting on Saturday through video conferencing with principal health secretaries and municipal commissioners along with other officials from the 11 municipal areas, urged them to focus on prevention through active screening of high risk and vulnerable population along with effective and sturdy clinical management of the admitted cases to reduce fatality rate.

Covid-19 cases in India saw the biggest spike for the third consecutive day on Sunday with 6,767 new infections reported in the last 24 hours, taking the nationwide tally to 1,31,868, while the death toll due to the disease rose to 3,867 after 147 more fatalities, the Union health ministry said on Sunday.

The active cases of the coronavirus disease rose to 73,560. While 54,440 people have recovered, one patient has migrated to another country, according to the ministry's bulletin.

'Thus, around 41.28 per cent patients have recovered so far,' a health ministry official said.

During the meeting on Saturday, a presentation was made to highlight the trend in case trajectory with respect to total confirmed cases, case fatality rate, doubling time, tests per million and confirmation percentage, the ministry said.

'It was told that a major challenge lies in those corporations having shorter doubling time, higher mortality rate and a higher confirmation rate than the national average,' the ministry said in its statement.

The officials were briefed about the factors to be considered while mapping the containment and buffer zones and the activities mandated in containment zones like perimeter control, active search for cases through house to house surveillance, contact tracing, clinical management of the active cases.

They were also asked to undertake surveillance activities in the buffer zone like monitoring of severe acute respiratory infections (SARI) and influenza like illness (ILI) cases and promoting social distancing and hand hygiene among others.

It was pointed out that testing needs to be stepped up in some municipal areas to ensure early detection of cases, timely clinical management and a reduction in fatality rate.

'They also need to be mindful of ramping up the health infrastructure to ensure preparedness for the next two months with special focus on isolation beds with oxygen, ventilators and ICU beds,' the health ministry statement said.

Other issues that need focused attention include active coordination with government and private labs to address delays in sample collection, partnership with private hospitals to augment the health/bed capacity, waste disposal and disinfection of Covid positive areas, management of camps for migrant labourers, creating awareness regarding issues such as stigmatization of patients and medical professionals in local languages, actively involving community leaders, youth groups, NGOs and SHGs in accompanying surveillance teams for awareness and confidence building measures, it said.

'Maintaining high vigilance and monitoring in areas of old cities, urban slums and other high density pockets along with the camps/clusters for migrant workers are important steps in Covid-19 management in the urban areas,' Sudan said at the meeting.

The officials were also urged to focus on prevention through active screening of high risk and vulnerable population and groups, and effective and sturdy clinical management of the admitted cases to reduce fatality rate.

While many have operationalised 24x7 state control rooms, others could also follow the lead and start such units which shall not only provide assistance to the people regarding various facilities and services for Covid-19 management, but also have a panel of domain experts and doctors to provide round the clock support and mentoring for clinical issues, the statement said.