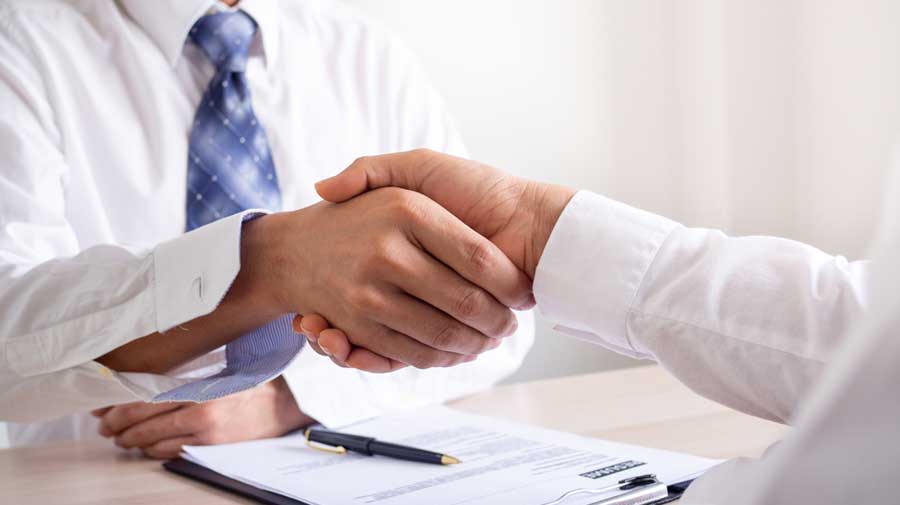 The Haryana State Employment of Local Candidates Act, 2020, notified in the state gazette on Tuesday said the employers shall engage persons from the state in 75 per cent of the posts with gross salary of less than Rs 50,000 a month.
Shutterstock
Basant Kumar Mohanty, R. Suryamurthy   |   New Delhi   |   Published 04.03.21, 01:37 AM

The Haryana government has notified a law that provides for 75 per cent reservation in private sector jobs paying less than Rs 50,000 for people from the state, following a trend that experts believe restricts productivity and migration.

The Haryana State Employment of Local Candidates Act, 2020, notified in the state gazette on Tuesday said employers shall engage persons from the state in 75 per cent of the posts with gross salary of less than Rs 50,000 a month.

Employers can apply to the government for an exemption if adequate numbers of local candidates with the desired skills, qualifications or proficiency are not available. After an inquiry, the designated officer may accept or reject the application or direct the employer to train local candidates, according to the gazette.

Local candidates are defined as those either born in Haryana or residents of the state for at least 15 years.

“At a time when it is important to attract investments at the state level, the Haryana government could have avoided imposing restrictions on industry. Reservation affects productivity and industry competitiveness,” he said in a statement.

“We hope the government of Haryana relooks at the legislation. With the Prime Minister’s vision of ‘Ek Bharat shrestha Bharat’ we look forward to an integrated and mobile labour market within the country,” Banerjee added.

Deepak Jain, president of the Automotive Component Manufacturers Association of India, said the Indian auto and auto component industry was a global one.

“Our production not only caters to the domestic demand, but also to international markets. The Indian component industry today exports more that 25 per cent of its production, with the US and Europe being our leading markets,” he said.

“Our industry requires a skilled workforce to produce high quality products that are globally competitive. Hiring in our sector is done on the basis of merit and talent rather than on the domicile of the candidates.

“The reason for industry employing candidates from outside the state is the shortage of adequately skilled, locally available manpower. Such a move would not only adversely impact the ‘ease of doing business’ in the state, but also be detrimental to Haryana’s image of an industry-friendly destination,” Jain added.

Some expressed concern that it could lead to a competitive quota regime by different states, which would impact the economy at a time it was attempting to come out of the pandemic setback.

A large number of MNCs and Indian corporate houses are based in Gurgaon and other NCR cities that are part of Haryana.

Analysts said the move might “dissuade new investments, especially by large-scale companies and MNCs. Also, the firms which are already present may put on hold any expansion plans they may have and may opt for other destinations.”

However, the quota might not significantly impact those small and micro units that do not use a highly skilled workforce.

The analysts also said there was little clarity on what companies that have already recruited their workforce would need to do.

“Will they sack those who are already employed?” an analyst asked.

The Telegraph sent an email to the director-general, directorate of information and public relations of the Haryana government, for a reaction on the concerns expressed over the quota but received no response.

Prof. Amitabh Kundu, a labour economist and Distinguished Fellow at the think tank Research and Information System, said more and more state governments were enacting laws for public and private sector reservation that had the potential to create an anti-migration attitude among locals and stoke inter-state tension. He said the Supreme Court needed to confirm if these violated the spirit of the Constitution.

Kundu said Article 16 of the Constitution guarantees the right to equal opportunity to all citizens in appointments to any office under the state.

After Andhra Pradesh became a state in 1956, its Assembly had passed the Public Employment (Requirement as to Residence) Act, 1957, to enhance job opportunities for its residents. But in 1969 the Supreme Court held the relevant provision of the Act unconstitutional on the ground that it was designed to safeguard the interest of the people of a region at the cost of others, Kundu said.

The Centre and the courts had not spoken on the state laws on reservation or the requirement of proficiency in the local language for employment, he said. But such laws could tantamount to a direct violation of the constitutional provision and the spirit of the Interstate Migration Act, Kundu added.

Employment in the private sector has by and large been the prerogative of the employer, he said, although many state governments have encouraged hiring of locals.

“While the economic arguments at the macro level are in favour of free movement of labour, the popular sentiment in many states is quite the opposite. This has been explained in terms of their acute shortage of employment opportunities. Interestingly, in states like Punjab, Haryana and Kerala, where there is an acute shortage of unskilled or semi-skilled labour, there has been no demand for restricting in-migration,” Kundu said.

Several states have brought such laws, he said.

After winning the 2019 elections, the Andhra Pradesh government passed a bill to introduce 75 per cent quota for local youths in private industrial units. It became the first state to introduce such a legal provision for the private sector.

The Madhya Pradesh government in 2019 passed two industrial laws providing for 70 per cent reservation for locals in industries under the MP Industrial Resolution Act, 1960.