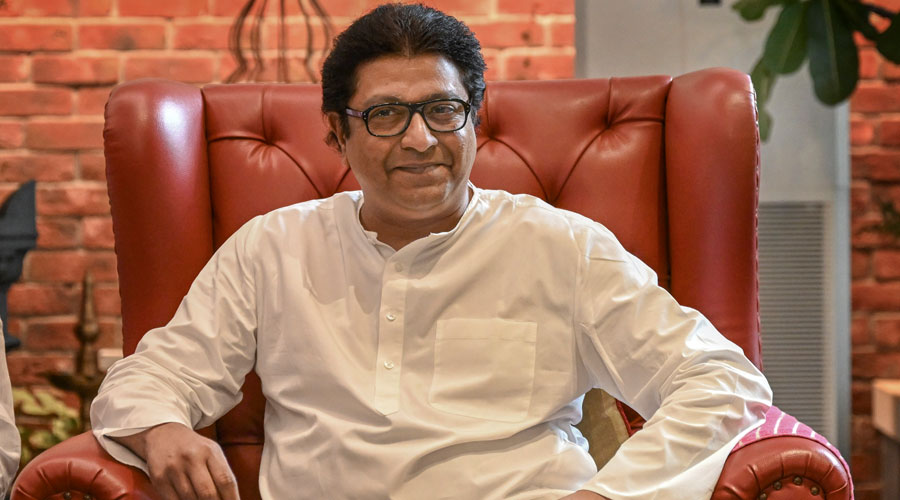 Maintaining his defiant stand, Maharashtra Navnirman Sena (MNS) chief Raj Thackeray on Wednesday said his party workers will continue to play the Hanuman Chalisa at higher volumes as long as loudspeakers at mosques are not silenced.

Speaking at a press conference here, he also hit out at the Maharashtra Police for detaining his party workers and `letting off' those who do not follow law.

After he gave a call to play the Hanuman Chalisa outside mosques, 90-92 per cent of mosques did not use loudspeakers for their morning azaan (Muslim call to prayer), Thackeray claimed.

The MNS chief had warned of starting his agitation against mosque loudspeakers from Wednesday.

Mumbai has 1,104 mosques of which 135 used loudspeakers during the morning namaz on Wednesday, he claimed, seeking to know what action was being taken against these mosques `which violated the law.'

Why is action taken against our workers while nothing is being done against those breaking laws? This issue is not restricted to the morning azaan alone. If a loudspeaker is being used for namaz four-five times a day, our people will continue to play the Hanuman Chalisa at double the volume. This (protest) is not restricted for a day, he said.

If any temple is violating the norms laid down by the Supreme Court, then it should also follow the guidelines, Thackeray said.

If mosques have to use loudspeakers, they must stick to the decibel limit prescribed by the Supreme Court, he added.