HAL had deal for Rafale before it was dumped 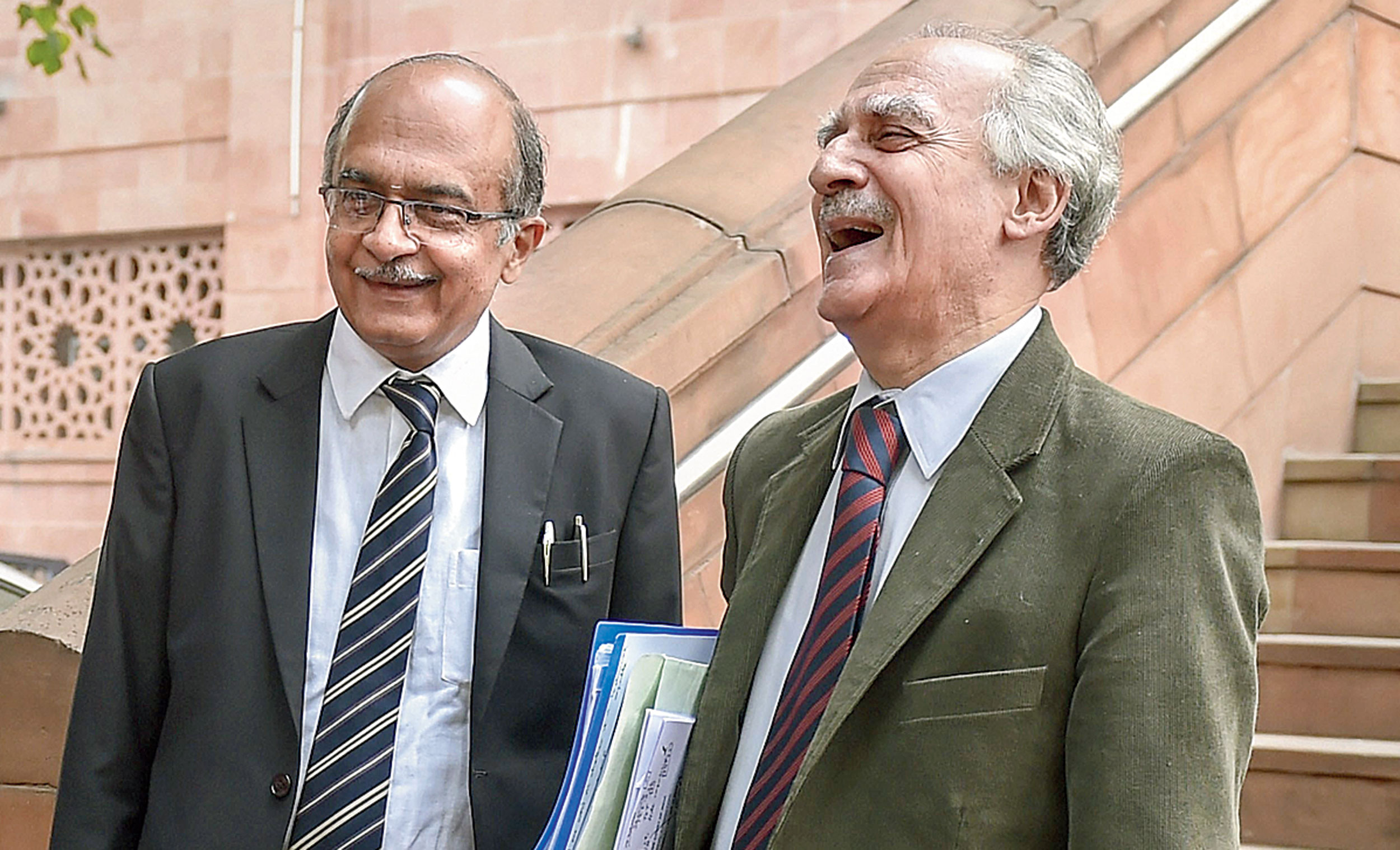 Dassault and HAL had already entered into a formal “work share” agreement before the public-sector company was abruptly dropped from the Rafale deal and replaced with Anil Ambani’s Reliance, the Supreme Court has been told.

A rejoinder affidavit that former Union ministers Yashwant Sinha and Arun Shourie placed in the apex court after the conclusion of Wednesday’s hearing has contradicted the Centre’s claim that Dassault had dropped HAL over “unresolved issues”.

The Centre’s written note in the apex court says: “The contract negotiations could not conclude mainly due to unresolved issues related to 108 aircraft to be manufactured in India. These issues pertained to lack of common understanding between HAL and Dassault Aviation on following:

“(i) Man-hours that would be required to produce the aircraft in India: HAL required 2.7 times higher man-hours compared to the French side.... (ii) Dassault Aviation as the seller was required to undertake necessary contractual obligation for 126 aircraft (18 direct flyaway and 108 aircraft manufactured in India) as per RFP (request for proposal) requirements. Issues related to contractual obligation and responsibility for 108 aircraft manufactured in India could not be resolved.”

The rejoinder affidavit, filed through advocate Prashant Bhushan, says the claim of a lack of understanding between HAL and Dassault is “false”.

It asserts that by March 2014, Dassault and HAL had signed a “work share” agreement under which the French firm was to be responsible for 30 per cent of the work and the Indian company for 70 per cent.

It says T. Suvarna Raju, who was the lead technical negotiator on behalf of HAL and retired as the public-sector unit’s chairman, had confirmed that the differences between Dassault and HAL had been resolved. It adds that Raju has in interviews dared the government to put the files in the public domain.

Also, just days before a new deal was announced with Reliance replacing HAL, Dassault CEO Eric Trappier had on March 25, 2015, confirmed an agreement with HAL in the presence of the Indian Air Force chief and the HAL chairman, the affidavit says.

It quotes Trappier as saying: “After an outstanding amount of work and some discussion, you can imagine my great satisfaction to hear from (the) HAL chairman that we are in agreement for the responsibilities sharing, considering as well our conformity with the RFP in order to be in line with the rules of this competition. I strongly believe that contract finalisation and signature would come very soon.”

According to the affidavit, Trappier’s statement suggests that on March 25, Dassault was in the final stages of negotiations with India for 126 aircraft and HAL was to be its partner in India. It adds that the air chief, Trappier and the HAL chairman were clearly unaware of any new deal.

However, the Centre’s note in the apex court claimed: “As the contract negotiations reached a stalemate and RFP compliance could not be ensured, the process for RFP withdrawal was initiated in March 2015, and RFP for 126 MMRCA (medium multi-role combat aircraft) was finally withdrawn in June 2015.”

The affidavit says the Centre’s claim that the process for withdrawal was initiated in March 2015 appears to be belied by Trappier’s statement of March 25 in the presence of the Indian air chief and the HAL chairman.

“Were both unaware that the process for withdrawal of RFP had begun? Moreover, even two days prior to the new deal being unilaterally and suddenly announced, on the 8th of April, 2015 (during a France visit by Prime Minister Narendra Modi), the then foreign secretary, S. Jaishankar, stated, ‘In terms of Rafale, my understanding is that there are discussions under way between the French company, our ministry of defence, (and) HAL which is involved in this. These are ongoing discussions. These are very technical, detailed discussions. We do not mix up leadership-level visits with deep details of ongoing defence contracts. That is on a different track. A leadership visit usually looks at big picture issues even in the security field’,” the affidavit says.

“Six facts are evident from what the foreign secretary said just two days before the Prime Minister’s announcement: (i) Negotiations were still going on regarding the Rafale aircraft; (ii) Manifestly these were going on under the original RFP for 126 aircraft; (iii) HAL was very much to be a part of the project as it was of the negotiations; (iv) The Prime Minister of India and the President of France were to focus on the ‘big picture issues even in the security field’; (v) No new deal for Rafale aircraft was on the agenda for the talks in Paris; (vi) Consequently, no preliminary ground work was done as regards any new deal.”

Shourie and Sinha are among petitioners who have sought a court-monitored probe into the Rafale deal, on which the apex court is expected to deliver its judgment in a few days.