Chief Justice of India N.V. Ramana announced that steps would soon be taken to replicate this to some extent in the SC as well 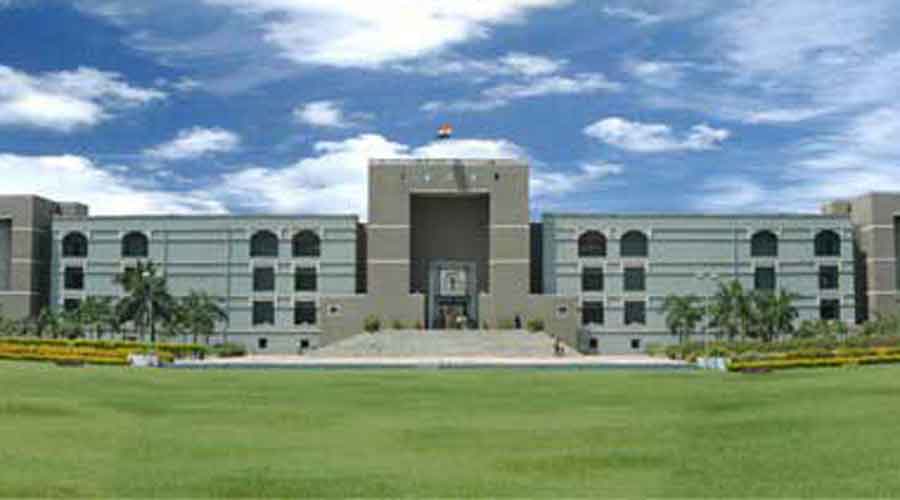 Gujarat High Court on Saturday became the first court in the country to formally start live streaming of proceedings.

Chief Justice of India N.V. Ramana announced that steps would soon be taken to replicate this to some extent inthe Supreme Court as well.

“As I have stated earlier while launching access of online proceedings of the Supreme Court to the media, we are keen to start live proceedings at least for some of the courts in the Supreme Court. We are working out the logistics and working on consensus of the full court. With the aid of modern technologies, I am given to understand that we can introduce this live streaming feature in a cost-effective manner without imposing much of a burden on the exchequer,” CJI Ramana said.

Launching the live streaming of Gujarat High Court proceedings on Saturday evening, on the eve of the 101st birth anniversary of former CJI Y.V. Chandrachud, Justice Ramana said it would “allow the people access to… the functioning of these institutions. The purpose is to keep the public informed.”

It is only on the basis of an informed citizenry that a “representative democracy can survive and evolve”, he said.

“The formalisation of the live streaming of court proceedings is the best cure for the aforesaid malady. Live-streaming of proceedings is crucial for dissemination of information, which is a sacrosanct aspect of Article 19 (right to freedom of speech and expression).

“Through such direct access, the people can get first-hand information about the entire proceedings and the opinions of the judges, leaving little room for any mischief,” Justice Ramana said.

The CJI, however, cautioned that one must tread the path with caution as at times, live streaming of proceedings may become a double-edged sword.

“However, judges might feel the pressure of public scrutiny, which may ultimately result in a stressful environment that may not be conducive to justice dispensation.“A judge must remember, even if justice commands standing up against the popular perception, he must do so out of his commitment to the oath he took under the Constitution. A judge cannot be swayed by popular opinion. Yes, with increased public gaze, he might become a subject of multiple debates, that should never deter him from his duty to protect the right of one against the might of many,” Justice Ramana said.“Always remember, as a repository of people’s faith, a judge cannot afford lose objectivity,” he added.

The CJI said “the constitutional courts of our country like the Supreme Court and high courts, being the guardians of our constitutional mandate; for public confidence and faith to reach new heights, it is imperative for us to widen the gates of justice”.

“...multiple incorrect notions still prevail in the minds of the public regarding the justice delivery system. These prevailing notions and misapprehensions ultimately hinder access to justice, as they may disincline people to seek redressal of their rights.

“It is high time for demystifying the justice delivery system in the country and furthering access through open courts. Access to justice will become a true reality, when litigants and interested parties get to witness, understand and comprehend justice dispensation first hand,” Justice Ramana said.Privacy safeguards

The CJI, however, cautioned that of paramount consideration is the privacy of the parties involved and it must ensure the safety and security of the victims and witnesses.

“Therefore, it is imperative to carefully calibrate the rules governing such live-streaming by keeping in view the competing interests,” he said.Expressing his happiness at Gujarat High Court’s decision to start live streaming of court proceedings, the CJI complimented Justice Chandrachud, the present chairperson of the Supreme Court E-committee for taking the initiative in successfully executing the programme.

“The committee under the leadership of brother Chandrachud is playing a wonderful role in bringing all the courts on board to unleash the transparency revolution with the aid of modern technology,” Justice Ramana said.

The CJI also congratulated Justice Nath, Justice Pardiwala, chairman, live streaming rules committee, and other judges of Gujarat High Court who have come forward to open up their courts for public viewing.