Advertisement
Home / India / Gujarat: For families of fishermen languishing in Pakistani jails, getting their kin back only poll issue

Gujarat: For families of fishermen languishing in Pakistani jails, getting their kin back only poll issue

Elections come and go, political parties promise to bring back our children, but nothing moves forward, says a kin of the jailed fishermen 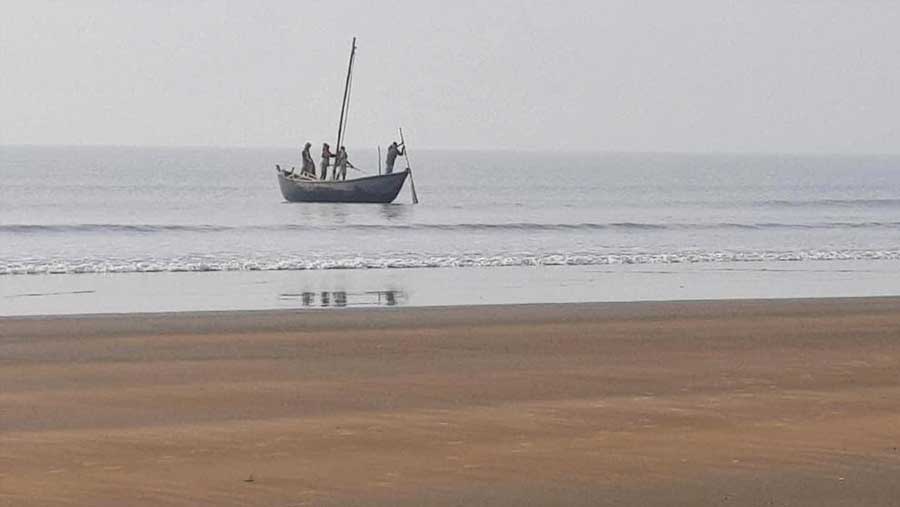 "We are neither interested in allowances nor any poll promises; I want our son back. I haven't seen him for the last two years," said 56-year-old Ankita Thapariya, the mother of fisherman Ankit who has been languishing in a Pakistani jail for illegally entering the neighbouring country's water territory.

The situation is no different for the families of 655 fishermen from the coastal region of Gujarat, especially from Saurashtra, Porbandar, Veral, Dwarka and Magrol, as their loved ones have been languishing in Pakistani jails for the last several years.

Assembly elections in Gujarat will be held in two phases - on December 1 and 5.

The family members of the fishermen lodged in Pakistani jails say they would vote for those parties in the upcoming elections which assure to bring their relatives back from the neighbouring country.

"Elections come and go, political parties promise to bring back our children, but nothing moves forward. We often don't even know whether they are alive or dead. My grandson was the only earning member, and now he is in a Pakistani jail for three years. We will vote for those who assure the safe return of my grandson," 72-year-old Govindbhai from Mangrol, whose grandson was caught by Pakistan two years back, told PTI over the phone.

Echoing him, Lilaben, whose husband has been in a Pakistani jail for the last three years and was caught near the Dwarka coastline area, feels that the allowance by the state government of only Rs 300 to family members of fishermen caught first time is a pittance.

"My husband used to earn around Rs 30,000 every month. Now we get around Rs 9,000 as allowance per month. We are a family of six. To run my family, I have to work as a maid in far-flung areas. The condition is worse for those families whose members have been caught for the second time, as they are not eligible for the allowance," she said.

Explaining the norm by the Gujarat government, Veljibhai Masani, national president of Akhil Bharatiya Fishermen Association, said, "The state government only provides an allowance of Rs 300 per day to those families whose men have been arrested in Pakistani waters for the first time."

According to the data provided by the state government in the Gujarat assembly this year in March, around 519 fishermen from the state are languishing in Pakistani jails.

These fishermen have been in Pakistani prisons for one to five years.

"At present, there are around 655 fishermen who were caught from Gujarat coastline side, in Pakistani jails. The figure has gone up in the last few months. I had gone to Pakistan to bring back the fishermen but failed. I just managed to bring back trawlers. The central government has taken steps, but it is for Pakistan to act. In many cases, the Pakistani courts have released these fishermen, but the authorities are unwilling," he told PTI.

Masani said fishermen's families, who account for around 10,000 voters, are spread across various assembly constituencies along the coastline of Gujarat.

In January this year, India called on Pakistan to release and repatriate 356 Indian fishermen and two civilian prisoners whose nationality has already been confirmed and conveyed to Pakistani authorities.

The Gujarat government had said the Pakistan Maritime Security Agency keeps taking in custody fishermen from Gujarat at regular intervals accusing them of entering the Pakistani waters by crossing the notional International Maritime Border Line (IMBL) in the Arabian sea.

Madhubhni Soneri, a social activist who works for the development of the fishermen community, said according to international laws, fishermen apprehended in International waters can't be kept in jails for years.

"It's just because of bitter relations between the countries that these poor fishermen and families on both sides suffer. Fishermen who have just been caught for getting into Pakistani water for fishing can be booked under poaching laws, under which the jail term is just a few months. But here it is, just years," he said.Soneri said most fishermen's households have difficulty running their families without their earning members.

"The women work as labourers in various fishing harbours or as maids to run their families," he said.

Usman Goni, secretary of the National Fishworkers' Forum, said a proper mechanism should be put into place by both countries to ensure that fishermen on both sides are released."There should be a proper mechanism to ensure fishermen don't suffer. They get into Pakistani waters just for the sake of their livelihood. The rapid industrialisation in the coastline sector has destroyed marine ecology, with fish moving towards Pakistan. And most of them who are arrested have deep sea trawlers. So if they come back without getting their fish, they will be out of business," he said.

The opposition Congress blamed the ruling Bharatiya Janata Party (BJP) for not being serious enough about the cause of fishermen.

"The BJP is in power at the state and the Centre, but they have a lackadaisical approach as they are not a vote bank for the party. If we are voted to power, we will ensure the return of those farmers languishing in jails," state Congress spokesperson Manish Doshi said.

The Congress has promised Rs 3 lakh financial assistance and Rs 400 daily allowance to the families of fishermen from Gujarat languishing in Pakistani jails.

The BJP dubbed the allegations as baseless.Talking to PTI, state BJP general secretary Rajnibhai Patel said, "The allegations are baseless. We have taken all necessary measures to bring them back and are doing everything possible."