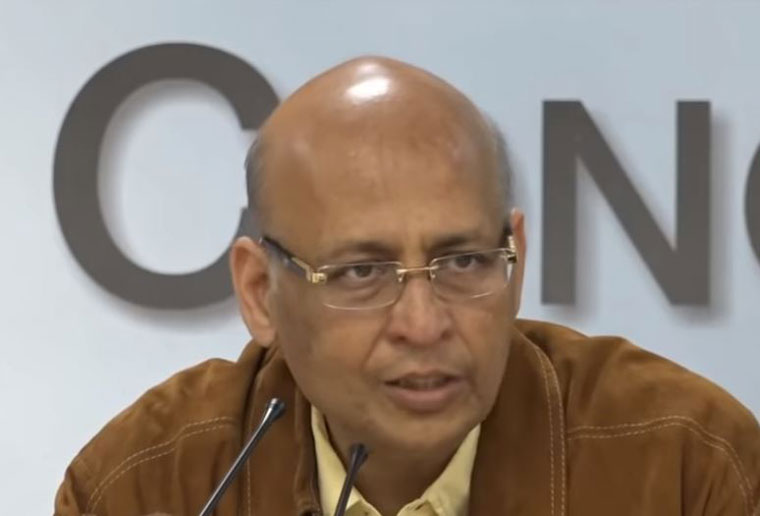 A Congress MLA from Gujarat who has no criminal background has been summoned by police thrice this week for questioning in connection with a firing in his constituency where he was not even present.

Gujarat police may have valid reasons to summon MLA Punjabhai Vansh thrice in a week, but the Congress leadership sees this as part of coercive tactics to reduce the party’s strength ahead of the June 19 Rajya Sabha elections.

The Opposition party on Friday petitioned the Election Commission of India seeking protection from the ruling BJP’s alleged manipulations through allurements and blackmail.

Congress spokesperson Abhishek Manu Singhvi pointed out how the BJP had made it a habit to change the dynamics in the Assembly in several states by forcing MLAs from rival parties to resign, a tactic that violates the people’s mandate and something the makers of the Constitution would not have anticipated.

While the strategy helped the BJP install its governments in Karnataka and Madhya Pradesh recently, Singhvi alleged that the party had used the technique to manipulate Rajya Sabha elections as well.

The Congress petition to the Election Commission said: “We very strongly apprehend that the ruling party is misusing the police machinery and unnecessarily harassing the senior MLA. Further, we also strongly apprehend that anyhow with illegal aid of police the ruling party is likely to prevent the MLAs from reaching the place of voting on June 19 by falsely implicating in one or the other criminal case.

“It has also come to light that the BJP intends to reopen old criminal cases and also lodge false and frivolous cases against Congress MLAs in order to detain/ arrest the MLAs with an intent to impede rights as voters in the elections, thereby, virtually manufacturing a win for the ruling party in maximum seats.”

Explaining how the original numbers clearly set the stage for the victories of two candidates each from the Congress and the BJP, the petition alleged that a third candidate was fielded by the ruling party with the sole intention of winning through illegal means.

Five Congress MLAs in Gujarat have resigned so far. The Congress had taken all its MLAs to Jaipur but the elections were postponed due to the lockdown, forcing everybody to return.

The petition said: “Corrupt practices are rampantly being adopted by the ruling party of Gujarat to influence, pressurise and lure MLAs, to create artificial majorities; inducing resignations through such coercive and corrupt practices is patently contrary to the Constitutional text, sprit, underline intent and Constitutional morality; foisting of false criminal cases to intimidate, pressurise and coerce representatives of the people, thus creating a non-level playing field.”

While the Supreme Court examined the technique of manufacturing a majority through inducing resignations in Madhya Pradesh and Karnataka, it did not offer remedies.

The Congress has pleaded with the Election Commission to give protection to its MLAs in Gujarat. It has also sought direction to Gujarat police not to interfere in the electoral process.

Gujarat Congress president Amit Chavda said that though Vansh’s name was not in the FIR lodged in May at Una police station in Gir-Somnath district, the local police were “hell bent” on framing the six-time MLA from Una and current chairman of the public accounts committee of the Assembly.

Chavda alleged that the police refused to grant Vansh a later date when the MLA cited the Rajya Sabha polls and sought to be excused from turning up in response to the latest summons on Thursday.

“We fear that the police have planned to arrest our MLA to prevent him from voting. The BJP and its government are applying every trick to win the elections,” Chavda said.