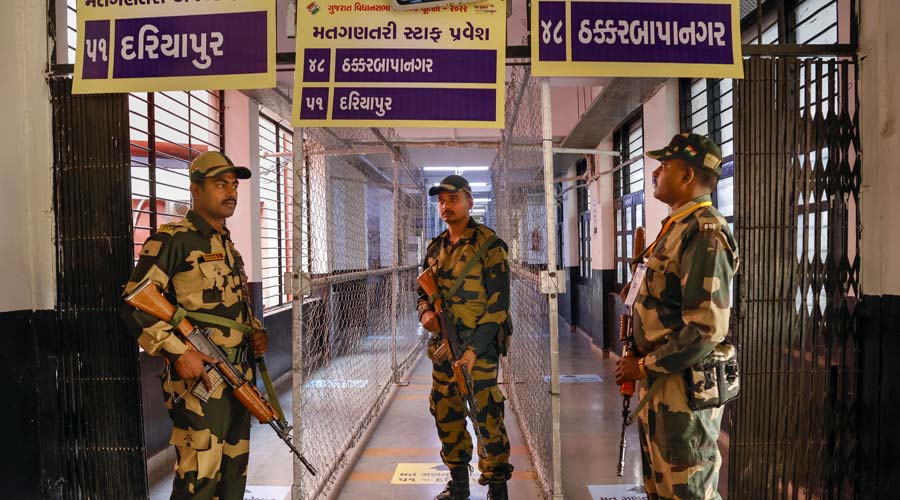 The ruling Bharatiya Janata Party (BJP) on Thursday took an impressive lead over Congress and the Aam Aadmi Party (AAP) as counting of votes for Gujarat assembly elections got underway.

Early reports from counting centres, collated by PTI showed the BJP was ahead in 15 seats, while the Congress appeared headed for a distant second spot in the three-way contest precipitated by the entry of the AAP into the poll arena of the western state. The Congress was seen leading in 5 seats and the AAP was ahead in a seat.

The Election Commission of India website showed BJP leading in three seats, Congress in two seats and AAP in a seat.

TV channels, however, showed the BJP leading in more than 100 seats, followed by the Congress which was ahead in around 50 seats. The AAP's lead remained limited to a single digit.

Most of the votes counted so far were postal ballots which means the trends could significantly alter as counting of votes cast through EVMs progresses through the day.