Guess who are probing Delhi riots

Both officers have been in the news recently 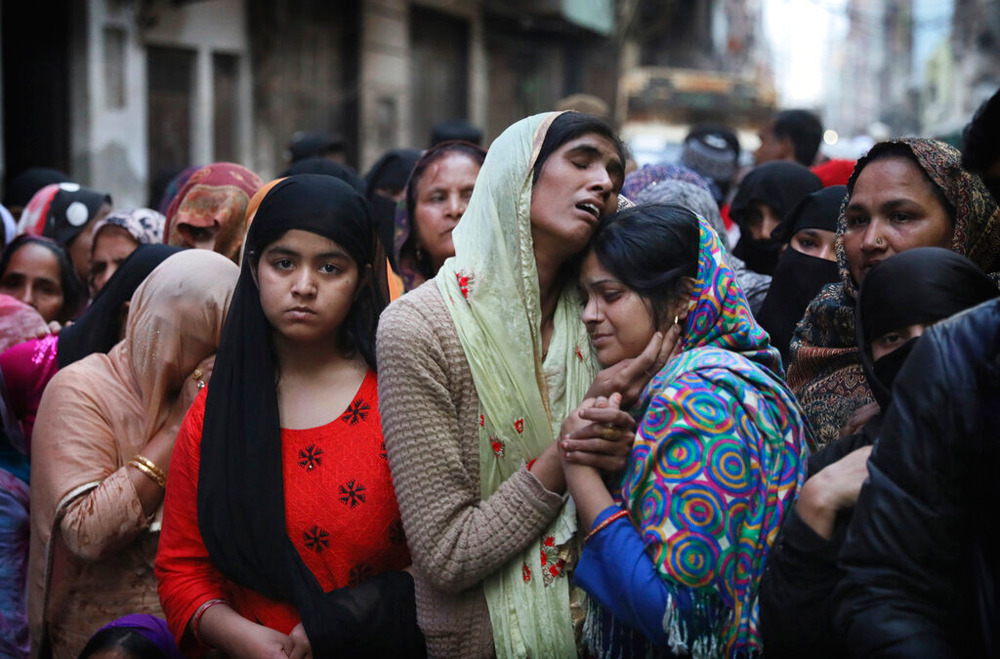 Relatives and neighbours of Mohammad Mudasir who was killed in the violence in New Delhi on Thursday. The riots in the capital have claimed 38 lives so far
(AP photo)
Imran Ahmed Siddiqui   |   New Delhi   |   Published 27.02.20, 09:39 PM

Delhi police have set up two special investigation teams (SITs) to look into all cases related to the riots in the capital that have claimed 38 lives so far.

Each SIT will be headed by a deputy commissioner of police, Rajesh Deo and Joy Tirkey. Two SITs have been formed because of the breadth of the jurisdiction.

The officers have been in the news recently. They are supervising the investigations into the recent violence at Jamia Millia Islamia university and Jawaharlal Nehru University.

Deo stands out for one more reason. The Election Commission had last month passed strictures against Deo and barred him from Delhi Assembly poll duties for suggesting a link between the man who opened fire at Shaheen Bagh and chief minister Arvind Kejriwal’s Aam Aadmi Party.

The Election Commission, in a notice to the police commissioner of Delhi, had said that Deo’s statements “referring to a political party”, although investigations were “still going on”, could “adversely” impact the elections.

East Delhi resident Kapil Baisala had fired in the air near Shaheen Bagh, the site of the country’s longest women-led vigil against the BJP-led Centre’s citizenship troika.

Deo had called a media conference and told reporters that images and photos seized from Baisala’s phone had established that a year ago he and his father Gajendra Singh had joined the AAP, a claim that was immediately lapped up by the BJP in a season of the most polarising election campaign in recent memory.

The officer had also released to the media photos of a man resembling Baisala with AAP leaders. Baisala’s father had denied his and his son’s involvement with any party.

Delhi’s police force had also not wrapped itself in glory while investigating the violence at Jamia and JNU.

In the Jamia case, the police earlier this month filed a chargesheet on the vandalism that preceded the brutal raid on the campus on December 15. The chargesheet claimed the police’s objective behind entering the campus had been to “safeguard the students”. It also claimed that the students suffered injuries because of a stampede and stone-pelting. Leaked footage a few days earlier had shown uniformed personnel mercilessly beating up youngsters in a reading room of the varsity.

In the case of the mob attack at JNU, the police have so far failed to make any progress.

Additional commissioner (crime branch) B.K. Singh will supervise the work of the two SITs. So far, the police have filed 48 FIRs related to the flare-up and arrested over 130 people.

“The situation is under control today (Thursday) and no violence has been reported from any part of the northeast (in the capital),” Delhi police spokesperson M.S. Randhawa said.