The former finance minister also said that the country was heading towards another 'listless' year in terms of economic growth. 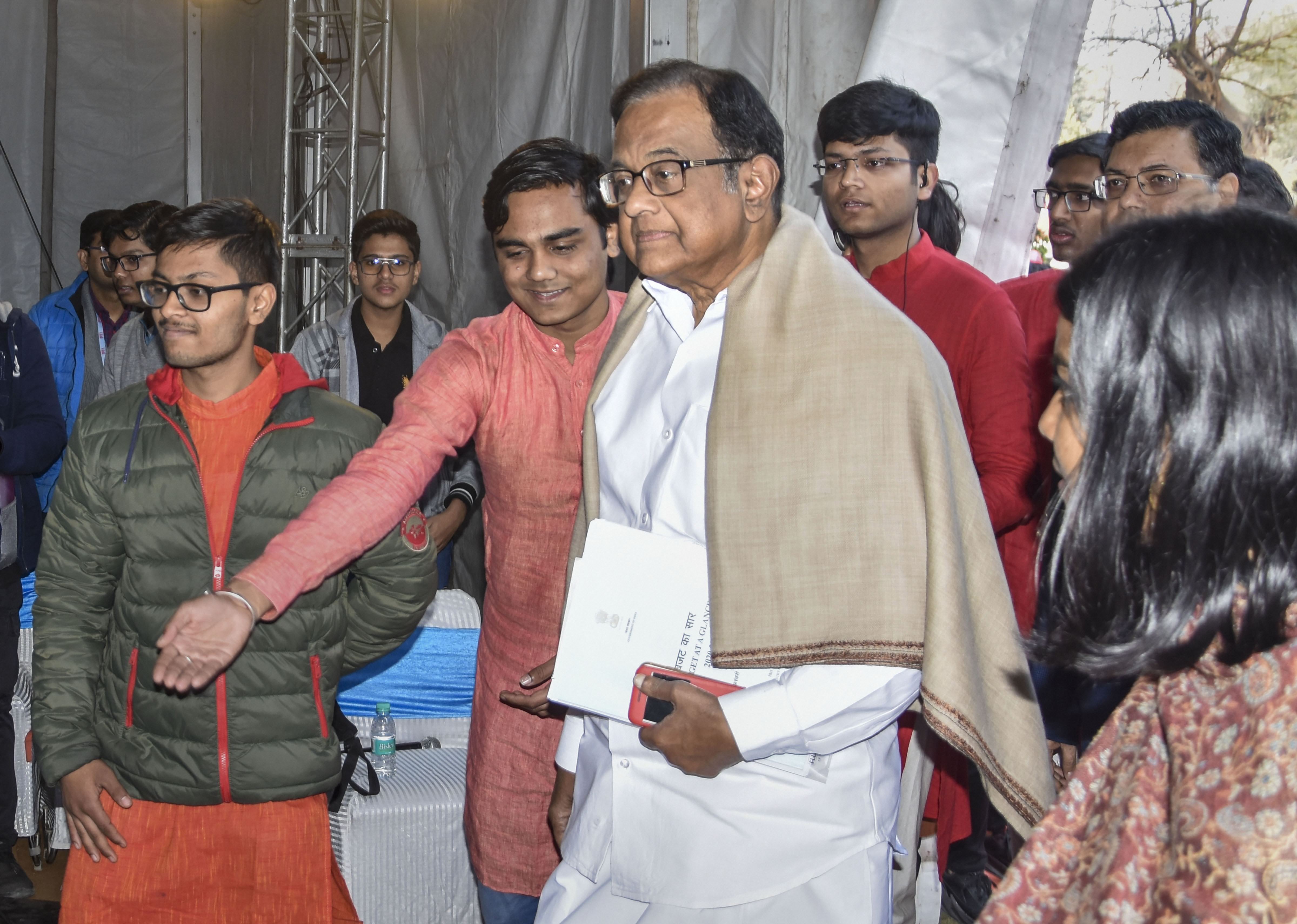 The monumental blunder of demonetisation, a flawed GST and putting the squeeze on banks were the three major errors committed by the government that sent the economy into a tailspin, senior Congress leader P. Chidambaram said on Wednesday.

Addressing students at the Shri Ram College of Commerce in New Delhi, the former finance minister also said that the country was heading towards another 'listless' year in terms of economic growth.

'We will limp along. But if there is a crisis -- problem in the Middle East, a war or a trade war between the US and China, is there a plan B that the government has?' he asked.

Pointing out that the government has itself set a 'pessimistic' target of 10 per cent nominal growth, Chidambaram said the real growth would at best be around five per cent.

'The growth rate has declined for the last six quarters. If the 7th quarter also shows decline then it means that the slide persists and we are yet to see light at the end of the tunnel, we are still in the tunnel,' he said.

Chidambaram said it is the Opposition that has been giving the reasons for the economic slowdown when the explanation should have come from the government.

Giving various economic figures, he said all the numbers point towards a 'limping economy'.

Explaining the reasons for the economic 'decline', Chidambaram said the 'monumental blunder' of demonetisation, the hurried and flawed implementation of the Goods and Services Tax which led to 'chaos', and 'putting the squeeze' on banks so much that the bankers stopped lending, were the 'three major errors because of which economy has gone into a tailspin'.

All the key sectors such as mining, manufacturing, electricity, coal, crude oil and gas are performing poorly, he said, adding that the visible signs of the slowdown are most apparent in the automobile sector.

Chidambaram said most importantly the economy was demand-constrained which was also pulling down investment and needed to be vitalized.

He said the government's move to revive demand by cutting Corporate Tax was flawed as what was needed was to put money in the hands of the people.

He said one way of putting money in the hands of the people was to put more money in schemes such as MGNREGA and PM-KISAN.

But, unfortunately the government has announced cuts in the budget of such schemes for the next fiscal, he said.

The government has missed a huge opportunity to revive the economy, he added.