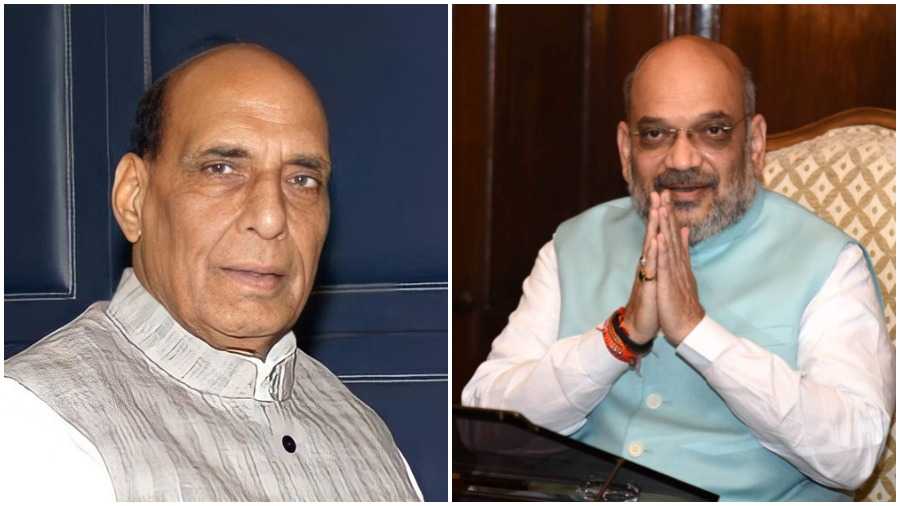 The BJP on Monday appointed its top leaders, including Union ministers Amit Shah and Rajnath Singh, as central observers for government formation in the four states where it returned to power.

In the latest round of assembly elections, the BJP won Uttar Pradesh, Uttarakhand and Manipur, and on its own it touched the halfway mark in Goa. Punjab was won by the AAP.

The BJP parliamentary board, its apex decision making body, appointed Shah as the central observer for Uttar Pradesh and party vice president Raghubar Das as co-observer.

Singh along with co-observer Union Minister Meenakshi Lekhi has been assigned to oversee the selection of the leader of the legislature party in Uttarakhand.

Union ministers Nirmala Sitharaman and Narendra Singh Tomar have been appointed as observers for selection of the leader of the legislature party in Manipur and Goa, the BJP said in a statement issued by its general secretary Arun Singh.

While it is all set that Yogi Adityanath will again be elected as the legislative leader in Uttar Pradesh, the party has to take call on deputy chief ministers in the state, as one of the two in the previous government, Keshav Prasad Maurya, lost the elections along with 11 ministers.

In Uttarakhand it is not clear who will lead the government in the state as chief minister Pushkar Dhami lost the election.

In the backdrop of these circumstances and maintaining caste arithmetic in its favour, the BJP has appointed its heavyweights, former party presidents Shah and Singh, for ensuring smooth formation of government in both Uttar Pradesh and Uttarakhand.

The senior leaders as observers will look to select a team in these four states which can effectively steer the ship till next general elections.