Institutions such as the CBI being subverted to suppress the 'truth' of Rafale and other scams, says Congress 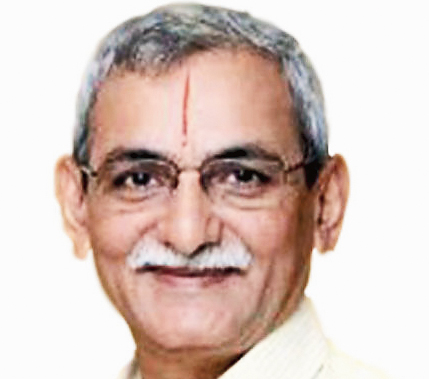 The Congress on Friday lamented that the Central Vigilance Commission (CVC) collaborated with a “desperate” government to subvert the functioning of the country’s premier investigative agency, the CBI, and that its director Alok Verma was illegally removed only to suppress the “truth” of Rafale and other scams.

Dismissing the CVC report on the charges against Verma as “vacuous and subjective” and one that was full of “non-conclusions, conjectures and surmises”, Congress spokesperson Abhishek Manu Singhvi said: “A report can never be a substitute for a due process of law enquiry. The selection committee has overlooked the fact that the CVC report is based on charges raised by a complainant, (benched CBI special director) Rakesh Asthana, who is not only himself under CBI investigation but whose petition to stop and quash such investigation was dismissed today.”

Singhvi added: “It is safe to unambiguously state that there is not a speck of evidence or grounds to remove the CBI director, that too without giving him a chance to present his case. The principle of natural justice demands that the committee should have given a hearing to the reinstated CBI director. Since nothing has been either adjudicated or found against Verma, the least required was for him to be heard by the committee on mere allegations against him.”

Cautioning against setting such dangerous precedents, Singhvi said: “If mere allegations, surmises, conjectures and the use of subjective adjectives will become the basis for the removal of statutory and constitutional post-holders, then the most alarmed persons should be the Prime Minister and the president of the ruling party who have constantly maintained that in the absence of adjudication of allegations or strong virtually irrefutable evidence, they would not step down.”

The Congress leader accused the government of indulging in a cowardly act of hiding behind the pretext of the CVC report to execute its pre-determined decision to remove Verma.

“In its usual disingenuous manner, another fig leaf behind which the government is trying to hide is that of Justice A.K. Patnaik. It is completely forgotten that Justice Patnaik was a broad overall supervisor who has stated that he didn’t participate in the inquiry and that the findings and conclusions of the CVC report are not his.”

Justice Patnaik had been mandated by the Supreme Court to oversee the CVC probe.

The Congress has been insisting that the CVC has lost the moral authority to continue in office and again targeted it for acting like the government’s partner.

“The government is firing bullets from the shoulders of the CVC to completely damage the CBI’s independence. It is extremely alarming and deplorable that the CVC as an institution willingly allowed itself to be subordinated in this fashion. We condemn this tyranny and absolutism whereby credibility of institutions is being bulldozed and institutions like the CVC are being made to surrender in front of a desperate government,” Singhvi said.

Claiming that the government was scared that the “Rafale truth” would come out, Singhvi regretted that the Centre tried to create an equivalence between Verma and Asthana.

“There is a stark contrast between direct physical and documentary evidence of serious wrongdoing available in the case of Asthana, including witnesses and FIRs, and the Verma case. It is significant that Delhi High Court, in a detailed judgment just a short while ago today, rejected Asthana’s petition to quash the FIR against him and instead directed the CBI to proceed and complete its investigation,” Singhvi said.

He added: “What is sauce for the goose is sauce for the gander. But the BJP, the Prime Minister and the finance minister believe and act differently. They believe in the application of discriminatory standards. For them this vacuous and subjective CVC report is not a fishing and roving enquiry, but a case like Rafale, with humongous facts and documents, has been characterised by these three eminent persons to be a fishing and roving enquiry. We are stunned that the CVC… is also wilfully blind to these facts.”