The bill was tabled following a division of votes, with 186 members supporting it and 74 opposing it 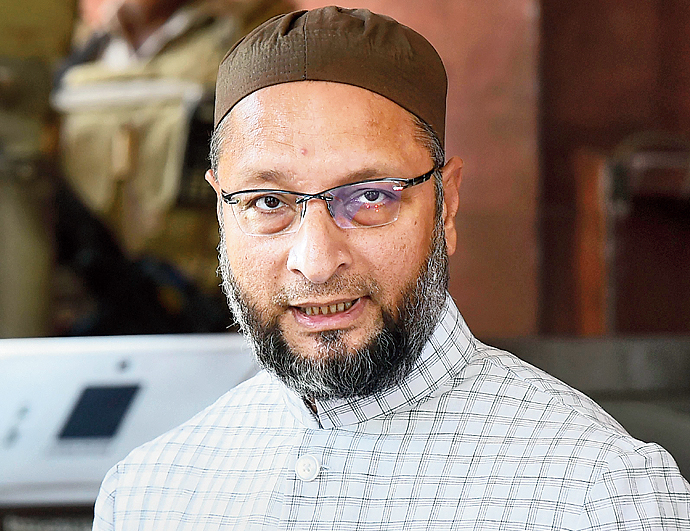 The Narendra Modi government on Friday introduced a fresh bill on the first day of the Lok Sabha to ban instant triple talaq, underscoring the political message by breaking a parliamentary convention amid protests by the Congress and some other Opposition parties who claimed that the proposed legislation violated the Constitution.

Despite the reduced numbers of the Opposition, the protest was so strong that the bill could only be introduced after a vote. The Muslim Women (Protection of Rights on Marriage) Bill, 2019, was tabled following a division of votes, with 186 members supporting it and 74 opposing it.

The voting was forced by the AIMIM’s Asaduddin Owaisi.

The government appeared equally determined to push the bill on the first working day of the new Lok Sabha. Conventionally, the motion of thanks on the President’s address to the joint session of both Houses of Parliament is the first agenda before a new Lok Sabha. The government, however, chose to introduce the instant triple talaq bill first, which was viewed as an attempt to underline its political agenda.

“This is not a matter of religion, caste or community. It is about the justice and dignity of women and we are committed to protect it,” law minister Ravi Shankar Prasad said, seeking to counter the opposition to the bill.

The Congress and some other Opposition parties geared up for a protest the moment Prasad rose to move the bill. Congress MP Shashi Tharoor was the first to oppose. “I am not defending triple talaq, but I am opposing the text, draft and thrust of this bill,” he said.

Tharoor termed the bill a “class legislation” and argued that its scope should be extended to women of all communities and not single out one community.

“Abandoning or deserting wives and dependents is not unique to the Muslim community, then why not make a law that universally criminalises the abandonment of family and dependents without taking responsibility instead of just focussing on one community?” he asked. The Congress leader demanded that the bill be sent to a standing committee for more consultation.

“Criminalising a civil wrong done by a particular community, that is, the Muslim community, alone is discriminatory. That would be a violation of Articles 14, 15 and 25 of the Constitution,” said N.K. Premchandran of the RSP.

Hyderabad MP Owaisi asked: “A non-Muslim man gets a year’s imprisonment while a Muslim man three years for the same (act). Doesn’t it violate Articles 14 and 15 of the Constitution?” he asked. Raising the strongest objection, Owaisi asked why the BJP was not concerned about Kerala’s Hindu women as it was opposing the Supreme Court’s Sabarimala judgment that lifted the ban on the entry of women of child-bearing age in the temple.

Owaisi’s demand for voting was accepted. Since the sitting arrangement in the newly constituted Lok Sabha hasn’t been finalised yet, the voting took place through paper slips, and not electronically, consuming a lot of time.

The instant triple talaq bill had been passed by the Lok Sabha in December last year but got stuck in the Rajya Sabha. As that bill lapsed with the end of the term of the previous Lok Sabha, the government promulgated an ordinance to enforce the law and has now moved a fresh bill.