Government opens J&K jobs for all

All indians eligible for goverment posts 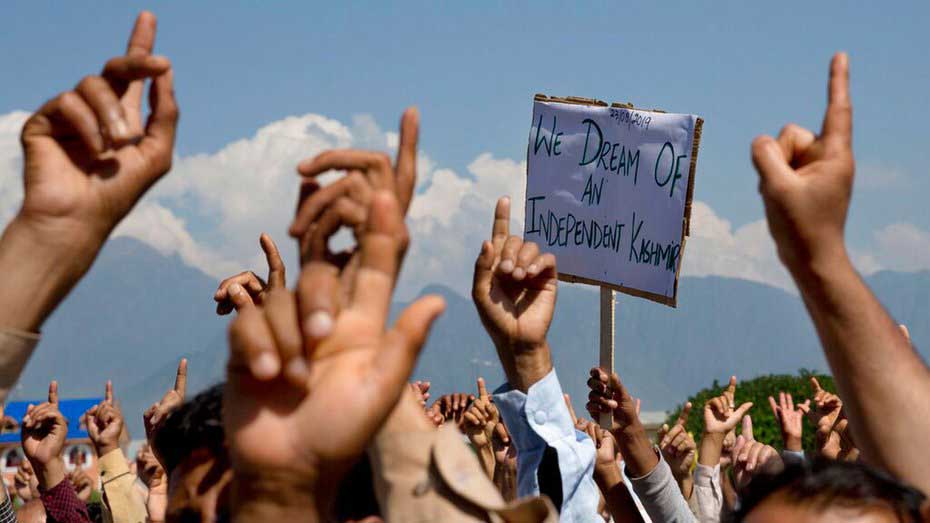 The Narendra Modi government has thrown open government jobs in Jammu and Kashmir to outsiders for the first time since Independence, prompting many to point out that even a global pandemic could not deter the Centre from pushing through its perceived agenda of changing the Union Territory’s demography.

A rule issued by the Centre on Tuesday night made all Indians eligible for higher and middle-rung posts in the Jammu and Kashmir government.

The lower-rung posts will be reserved for “domiciles”, meaning people living in Jammu and Kashmir for 15 years. Level 4, or the lowest category, includes non-gazetted posts such as junior assistants and police constables.

The government’s classification of domiciles will include not only Jammu and Kashmir natives, but also outsiders living there for 15 years.

Here again, the condition of 15 years has been eased for several categories of people. For example, those who have studied in Jammu and Kashmir for a period of seven years and appeared in the Classes X and XII exams in an educational institution located in the Union Territory will be eligible for domicile status.

Similarly, those registered as migrants with the relief and rehabilitation commissioner and children of central government employees who have served for 10 years in Jammu and Kashmir will also be deemed as domiciles.

Before August 5, 2019, when the Centre cancelled Jammu and Kashmir’s special status, Articles 370 and 35A of the Constitution gave the erstwhile state’s permanent residents exclusive rights over land and jobs.

Jammu and Kashmir law secretary Achal Sethi said the gazette notification on Section 3A of the J&K Reorganisation (Adaptation of State Laws) Order, 2020, under the J&K Civil Services (Decentralisation and Recruitment) Act issued on Tuesday night dealt only with jobs, and not land.

“We had 164 Acts which have been retained but this adaptation order covers 158 Acts. So there are more which are required to be adapted and might be introduced subsequently,” Sethi told The Telegraph.

“This (domiciles) is all about (lower-rung) non-gazette posts. The gazetted (and higher-rung non-gazetted) posts are open to everybody (in India),” he added.

The notification says: “No person shall be eligible for appointment to a post carrying a pay scale of not more than Level 4 (Rs 25,500) unless he is a domicile of the Union Territory of Jammu and Kashmir.”

The government’s move has outraged even those who had acquiesced to the Centre’s decision to scrap Jammu and Kashmir’s special status.

“This order in its entirety is a casual attempt, cosmetic in nature, to hoodwink the people of J&K who genuinely believed that post October 31, 2019, their rights and privileges in the matter of employment and other rights would remain as it had been,” Bukhari said in a statement.

Jammu and Kashmir became a Union Territory on October 31.

Bukhari said certain sections of the order were an “antithesis to what was promised by the Prime Minister and the home minister on the floor of Parliament of a better domicile law for the residents of J&K”.

Former chief minister Omar Abdullah, who has just been released after seven months of incarceration, broke his silence on political issues and called the government’s latest decision an insult.

“Talk about suspect timing. At a time when all our efforts & attention should be focused on the #COVID outbreak the government slips in a new domicile law for J&K. Insult is heaped on injury when we see the law offers none of the protections that had been promised,” tweeted Omar, who had vowed not to publicly discuss politics until the coronavirus crisis subsided.

“You can imagine how hollow the domicile law is from the fact that even the new party created with Delhi’s blessings, whose leaders were lobbying in Delhi for this law, have been forced to criticise the #Jkdomicilelaw,” Omar added, referring to the J&K Apni Party.

“Wonder why they don’t show the same sense of urgency to save lives of thousands of Kashmiris jailed in and outside J&K,” tweeted Iltija, who has been operating her mother’s social media account.

A prominent business leader in Jammu, who refused to be identified, said sarcastically that posts of peons had been reserved for Jammu and Kashmir residents. “This is an affront even to those (BJP leaders in Jammu and Kashmir) who distributed sweets when Article 370 was abrogated,” the leader said.

The provisions of the notification has made the tehsildars the competent authority for issuing domicile certificates, as opposed to the more senior deputy commissioners or other such officers specially notified by the state government. This provision might encourage gross misuse, many fear.