Government incapable of taking economy out of slowdown: Chidambaram 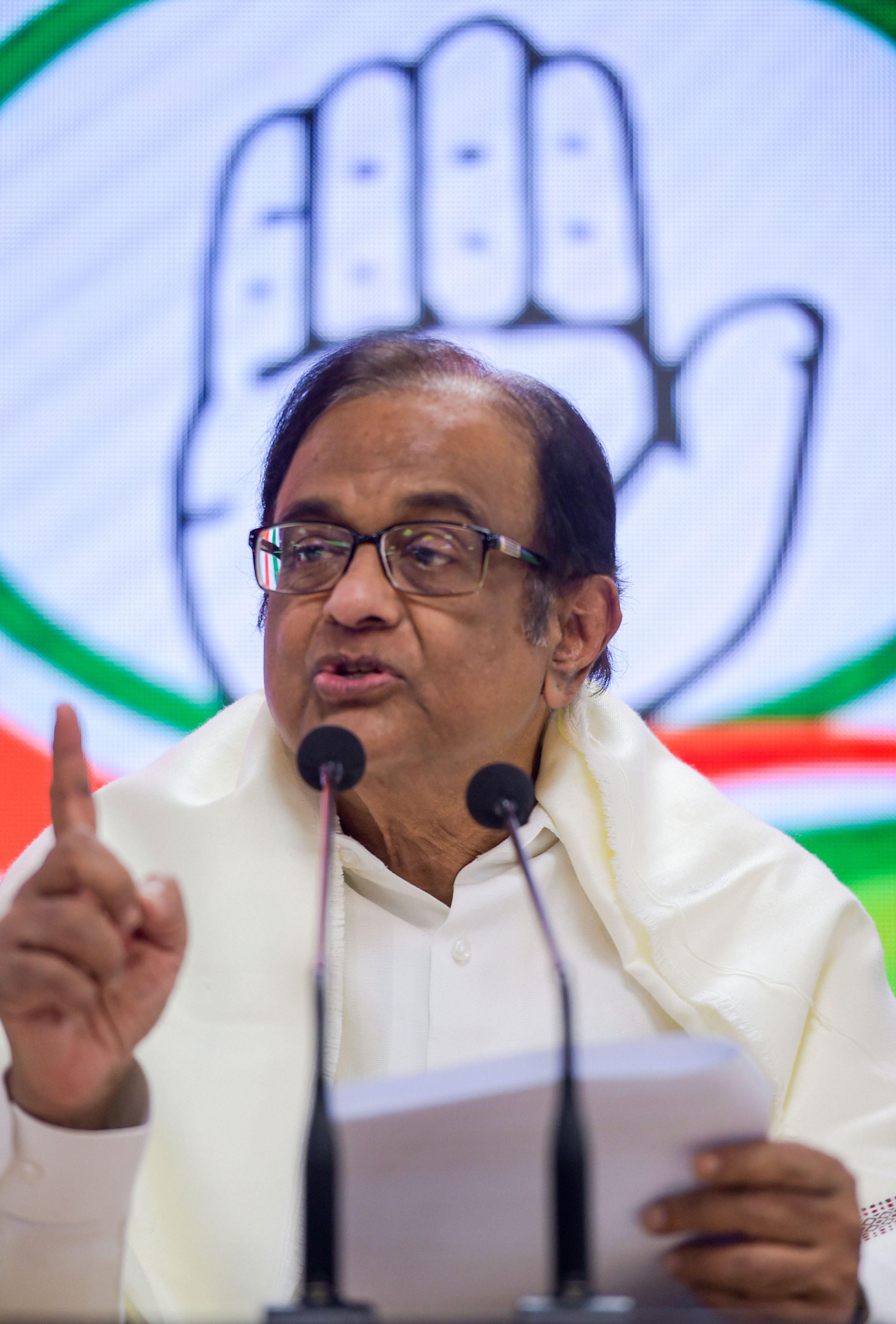 Congress leader P. Chidambaram on Thursday said the government is incapable of taking the nation out of the economic slowdown, adding that the Congress and other parties are better equipped to handle the situation.

'The economy can be brought out of a slowdown but the government incapable of doing that. We think the Congress has the ideas but nobody will listen to us. I believe the Congress and some other parties are better equipped to pull the economy out of the slowdown and push ecnomic growth. But I am afraid, my freind, we have to wait for better times,' Chidambaram said at his first press conference after being released from Tihar Jail.

The senior Congress leader trained his guns at the central government and said that it does not even understand the difference between 'cyclical' and 'structural'.

“Government is calling the present slowdown ‘cyclical’. Thank god they have not called it ‘seasonal’. It is ‘structural’ and the government has no solutions or reforms that would address the structural problems,” he said.

Various BJP leaders have maintained that the the current slowdown is cyclical and it will get better.

“The Prime Minister (Narendra Modi) has been unusually silent on the economy. He has left it to his ministers to indulge in bluff and bluster,” he said.

On mending the economy, the Congress leader further said that the place to begin is diagnosis.

'If diagnosis is wrong, the prescription may be useless, maybe even fatal,' he said,

He then listed out things that were the cause behind the sluggish growth of the economy, including demonetisation, flawed GST, tax terrorism, regulatory overkill, protectionism and centralised  control of the decision-making process in the Prime Minister's Office.

'Please reflect on the charges that I have made. In the days to come, I will speak at interviews and write elaborately on each of the issues,' the former Union finance minister said.

Responding to a question on disinvestment of Bharat Petroleum Corporation Limited (BPCL), Chidambaram said that it is a scandal.

'One PSU buying another another PSU is an accounting maneuver,' he said adding that the company that buys the BPCL will give you the answer.

On another question if the global slowdown is the crucial factor behind the current state of economy in the nation, Chidambaram said it only affects exports.

Three other factors that affect the economy are managed by the government, he added.

The senior Congress leader said that there is a complete fear everywhere, referring to a recent statement made by businessman Rahul Bajaj. He said that the media is no exception and is 'gripped by fear', urging the press to 'speak the truth'.

'That is the least the people of India expects when they buy newspapers, subscribe to your channels,' he said.

The 74-year-old leader was recently let out of Tihar Jail after 106 days in custody in the INX Media case. The Supreme Court has directed him not to talk about the case in interviews.

He refrained away from mentioning the case by just hailing the apex court's verdict.