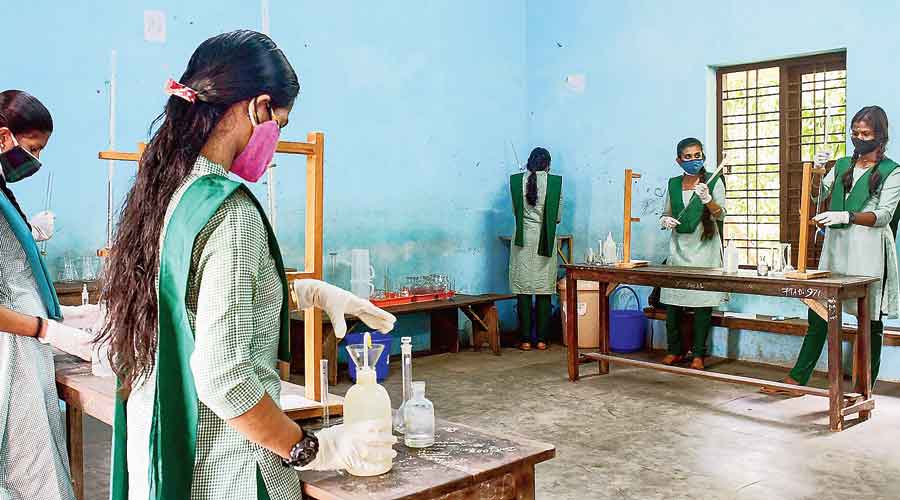 The government has asked the NCERT to coordinate with its state counterparts to develop the National Curriculum Frameworks (NCF), the guiding documents for writing school textbooks, after failing to find experts of its choice for the job.

However, the directive has prompted fears among some academics that this is a ploy to get the National Council of Educational Research and Training (NCERT) to interfere in the preparation of the state curriculum frameworks (SCFs), which tend to loosely follow the NCF but are not bound by it.

Anita Rampal, former dean of Delhi University’s faculty of education, expressed a fear of “centralisation of the (state) curriculums”.

The Union education ministry last month asked the NCERT to coordinate with the State Councils of Educational Research and Training (SCERTs) for the preparation of four NCFs.

One of these is to be about early childhood care and education for early graders, another about school education, a third about teacher education and the fourth about adult education, two ministry officials told this newspaper. Till now, the NCF used to be one comprehensive document.

However, one paragraph in the government document has caused alarm among educationists.

Rampal wondered why there was a centralised plan to direct the states on the preparation of their SCFs, emphasising that education was on the concurrent list.

“The SCERTs are independent institutions. It’s up to the states and their SCERTs to decide how they would like to develop their own curriculum frameworks,” she said.

“Some states did not prepare their SCFs (even when the last NCF came out in 2005) while some broadly drew upon the NCF 2005 to develop their curricula and textbooks. Now the central government’s decision to get the SCFs ready before the NCFs — ostensibly through collaboration between the SCERTs and the NCERT — seems like an attempt at centralisation of the (state) curriculums.”

Just as the NCFs are mere guidelines for the SCFs, so are the NCERT’s 225 textbooks just models that the SCERTs may follow while preparing their states’ school textbooks.

While Rampal believes the Centre may be using the NCERT to influence the SCERTs, the government seemed initially not to trust the national body with the preparation of the NCFs and unsuccessfully looked for its own experts — delaying the entire process.

The National Education Policy brought out by the NDA government last year advocates the framing of a new NCF and the preparation of new school textbooks. Last September, Prime Minister Narendra Modi had said that schoolchildren should follow a new curriculum in 2022.

“That means the NCF preparation should have ended by December 2020. But it’s starting only now. There’s been a huge delay and it can’t be completed by 2022,” an academic who did not wish to be named said.

Education ministry officials said the ministry had initially been keen to set up an expert committee to prepare the NCFs in a departure from the convention of the NCERT setting up such committees.

The government had rejected the NCERT’s proposed set of experts for the NCF committee and consulted its own trusted people who suggested several names too. All these names were sent to the Prime Minister’s Office.

“It could not be decided who should be chairperson of the NCF committee after former IIT Delhi chairman Vijay Bhatkar declined the offer,” a ministry official said.

Eventually, the Centre could not find any candidate of the required stature and asked the NCERT to prepare the NCFs in consultation with the SCERTs.

The NCFs have to be approved by the Central Advisory Board of Education, which includes all the state education ministers.

The NCF provides broad guidelines that another expert committee formed by the NCERT follows while preparing the syllabuses and textbooks for every class, the whole process usually taking three to four years.

After an expert committee formed by the NCERT in 2004 under noted academic Yash Pal came out with the last NCF in 2005, the textbooks were introduced in phases for all classes until 2008.

“In all probability, textbook preparation may be pushed back to the term of the next government,” the academic who sought anonymity said.

An email sent to the education ministry seeking the reasons for the delay in preparing the NCFs brought no answers.

NEP: Get to the heart of the matter