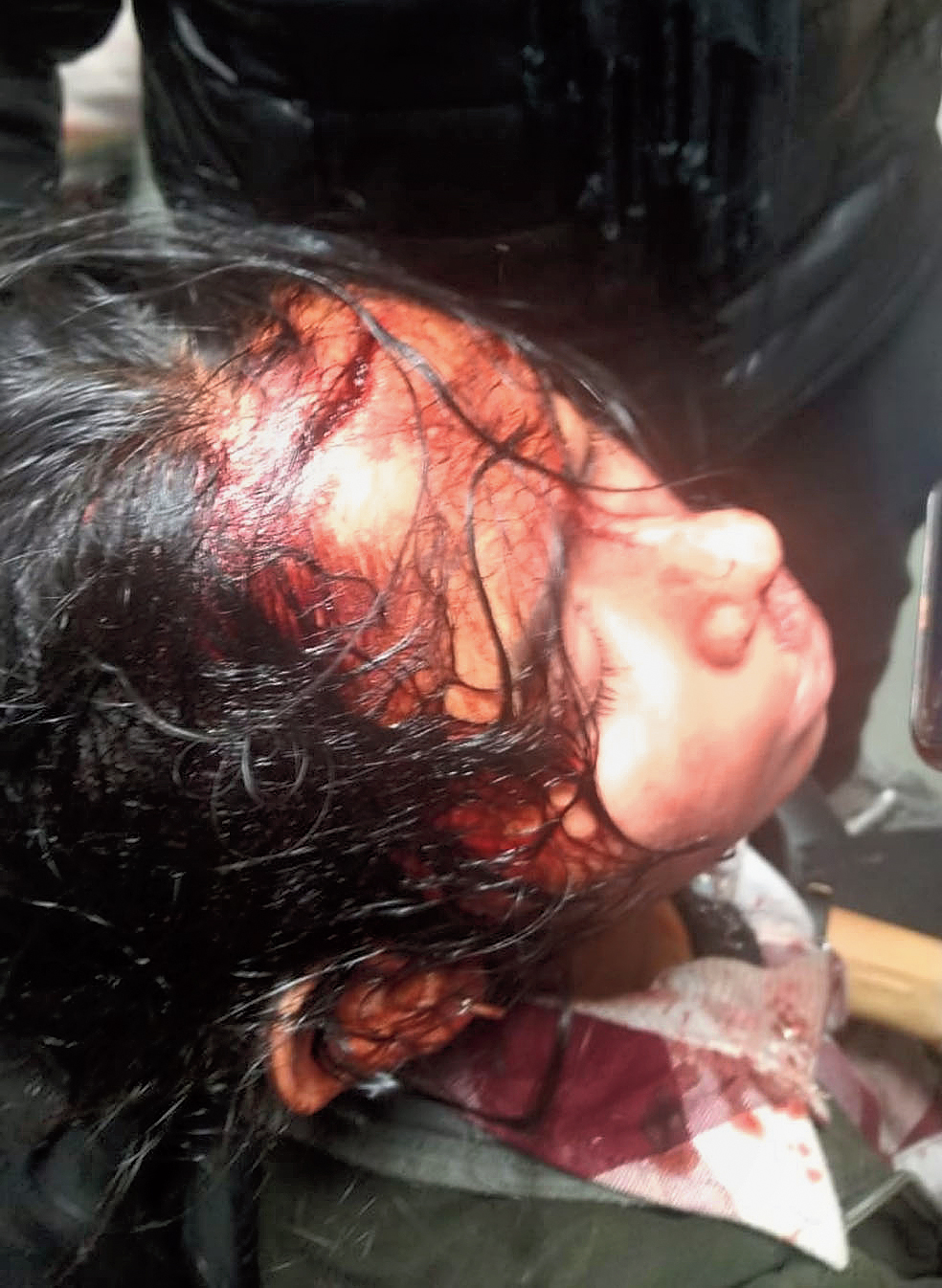 Aishe Ghosh, the JNUSU president, has a deep gash on her head after she was hit with an iron rod by masked goons near Sabarmati canteen around 7pm. She is being treated at AIIMS.
Pictures shared by JNUSU
G.S. Mudur   |   New Delhi   |   Published 06.01.20, 12:01 AM

Goons, some wearing masks or helmets, blocked and attacked an ambulance that had entered JNU on Sunday night and prevented doctors from helping the victims of the campus violence.

The ambulance, carrying two doctors and two volunteers, had just driven into the campus around 9pm when it was surrounded by dozens of people armed with rods and sticks. They prevented the ambulance from moving further inside, a doctor associated with the effort said.

“They pushed and manhandled the doctors and told them there was no need to provide medical assistance to anyone on the campus,” said Harjit Singh Bhatti, a physician and national convener of the Progressive Medicos and Scientists Forum, a non-government organisation. 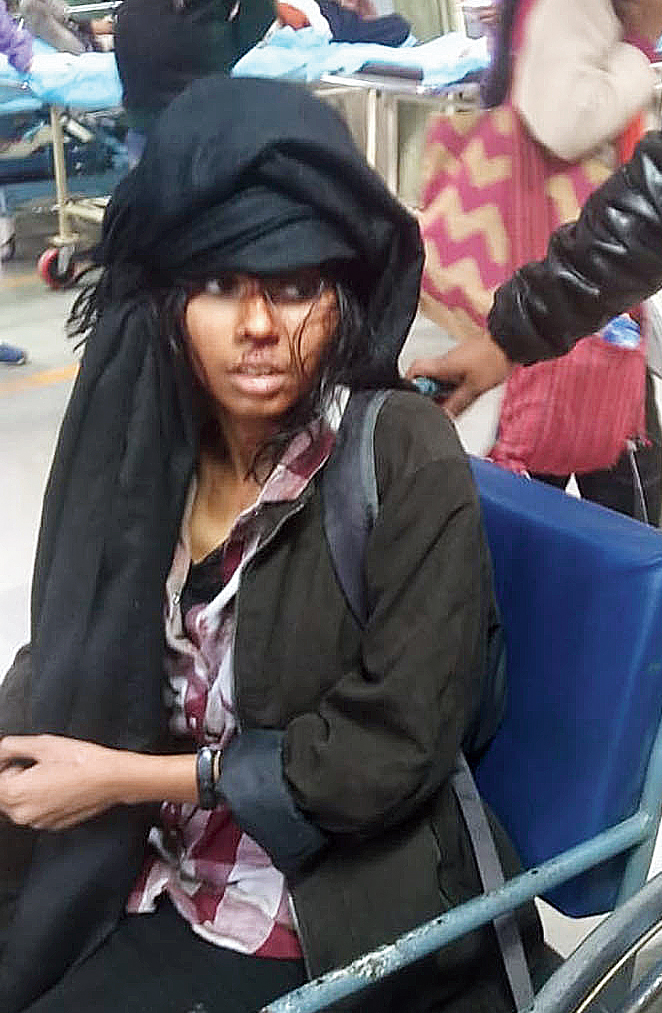 “We showed our identity cards and our medical aprons but they wouldn’t let us through. They shouted at us and broke our windows,” said B.T. Praveen, one of the doctors inside the ambulance. “One of the volunteers in the ambulance suffered injuries from the broken glass.”

Police had inspected the ambulance at a checkpoint near the JNU main gate and allowed it to enter the campus.

Around 20 victims of the campus attack were brought to the AIIMS trauma centre, Bhatti said. At least two of them were professors.

The victims have bruises and lacerations from being beaten with sticks or other objects, Bhatti said. One of the victims has suffered a severe gash on the head and is undergoing scans, he said.