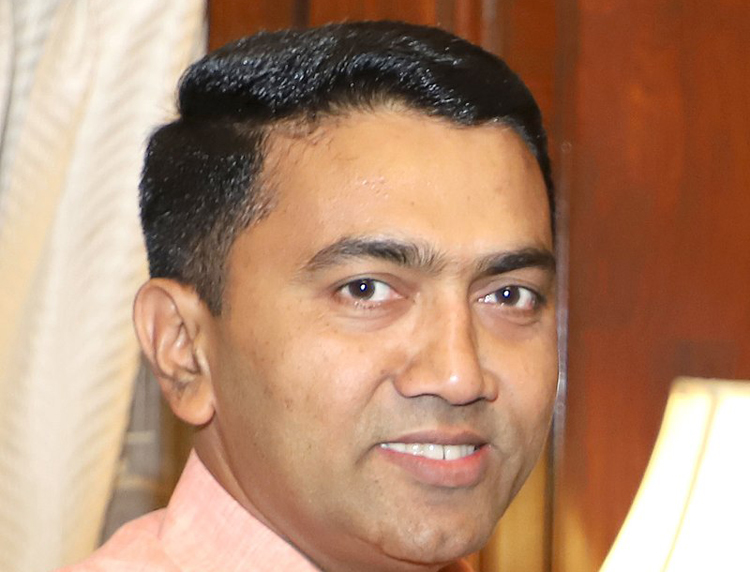 Tiny Goa, often neglected in the national debate because of its small 1.6-million population and atypical history, is finding its citizenship woes come to the fore with the CAA-NRC debate, although in an unexpected tangential way.

Following the protests against the Citizenship (Amendment) Act and the National Register of Citizens elsewhere, Goa’s ruling BJP had been prompt in reassuring the state’s “Christian community” that the CAA wouldn’t have any adverse impact on them.

The citizenship issue affects local people in at least four ways; migration for one.

In parts of coastal Goa, every second family, especially among Christians, has had an experience with migration, often international.

For sometime now, the Karachi Goans have been struggling with citizenship and visa-related issues. Settled in Sindh, mostly in Karachi, long before Partition and Independence, this community is estimated to number around 12,000 to 18,000.

These families had left as economic migrants, some as early as in the 1880s.

Goans have also migrated to other British Indian cities, such as Bombay, Calcutta, Rangoon and Bangalore. But till date, when a Karachi Goan needs a visa to visit home in Goa, it’s an uphill task.

Karachi-born Goans who have since migrated out of Pakistan are often rejected because of their place of birth. Because of this, they often come in as pilgrims as part of a group during the feast of St Francis Xavier in early December and report to police.

Albert Peres too had applied for a visa but not as a pilgrim — he wanted to take part in the Vibrant Goa summit 2019. Although based in Canada for decades, his place of birth showed Karachi. After a delay of months, police checks in Goa and more paperwork, he finally got a visa — after the event was over.

Karachi Goans even find their properties in Goa caught up in a law irrelevant to them like the Enemy Property Act, passed after the India-Pakistan War of 1965.

In January 2018, it was reported that Goa had 263 homes or plots on the “enemy properties” list — the fourth largest number among all Indian states. A local Konkani film, Enemy, deals with this issue.

The second citizenship-related issue many Goans face is because of their history and the manner in which the region joined the Indian Union.

Goa joined the Indian Union in 1961 after a military action by New Delhi against the Portuguese. Even today, expat Goans applying for Overseas Citizenship of India status run into roadblocks merely because their parents or grandparents had migrated out of Goa before 1961, probably as Portuguese nationals.

This turned more complicated as an unspecified number of Goans opted for Portuguese citizenship. Till date, Lisbon allows people of Goan descent to claim Portuguese nationality if they can prove that they, their parents or grandparents were born in pre-1961 Goa.

Even some legislators, whose support the BJP government in Goa has tenuously survived on, have been targeted by allegations of opting for Portuguese nationality.

After the military action of December 19, 1961, all those then residing in Goa were made Indian citizens. Under the Goa, Daman and Diu (Citizenship) Order, 1962, they were given a month to opt for retaining the “citizenship or nationality which he had immediately before 20.12.1961”.

That took care of those living in Goa. But it left out a part of the population in the early 1960s, those who had migrated and settled in other parts of the globe.

Those who had migrated to East Africa or elsewhere as Portuguese citizens before 1961, and returned subsequently, faced citizenship-related issues.

Tony de Sa, a retired school principal in Goa, found himself unable to get an Indian passport as his “place of birth” was shown as East Africa. After spending a lifetime in Goa, from his teens, he finally managed to get a passport sanctioned by reluctant officials.

In 2018 he made his first trip abroad — to Kenya — the land of his birth, for the first time after leaving Kenya in the early 1960s.

The prospect of statelessness became a reality a generation ago when thousands of Goans got expelled from Idi Amin’s Uganda and a couple of hundred from Hasting Banda’s Malawi in the early and mid-1970s.

In 2013, Goa told the home ministry’s foreigners’ division about the difficulties Goans born abroad, before or after 1961 were facing in getting Indian citizenship.

But New Delhi declined to allow Goa permission to grant Indian citizenship certificates to people of Goan origin born abroad before or after 1961 as the rules did “not provide any such powers... to any State Govts”.