Genocide: Prime Minister, as a lifelong RSS activist, is committed to concept of Hindu nationhood 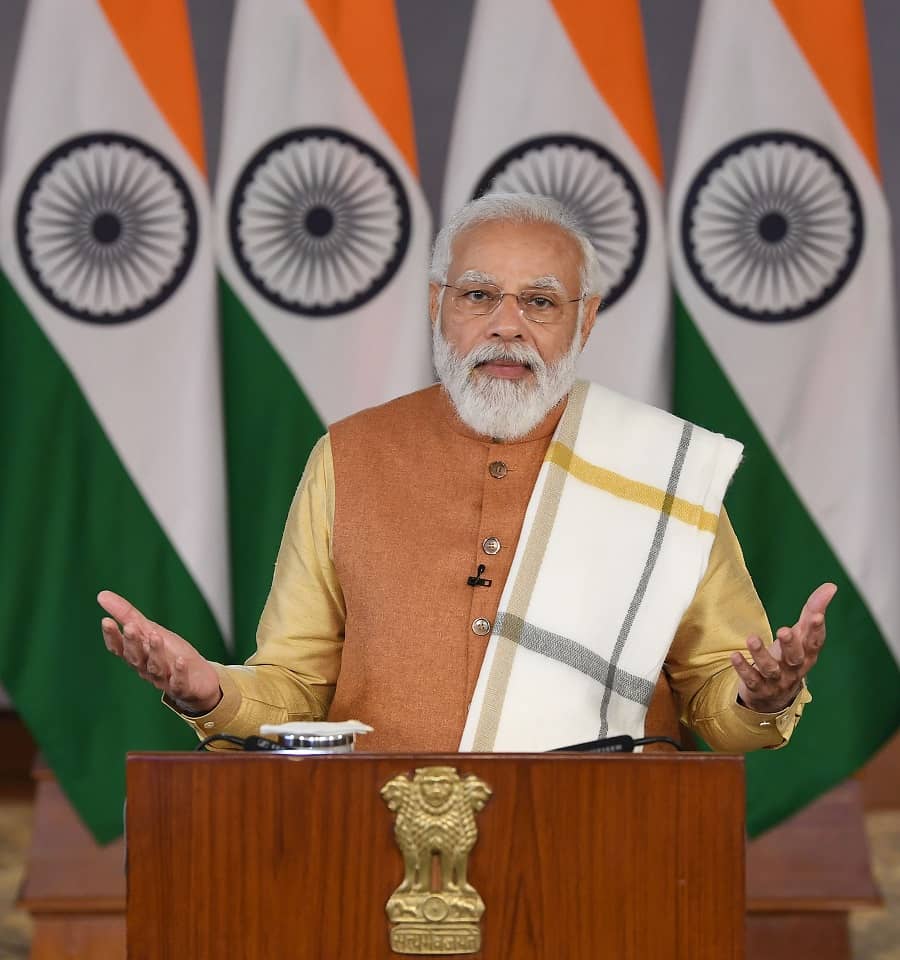 Historian Tanika Sarkar, author of Hindu Nationalism in India and co-author of Khaki Shorts, Saffron Flags, talks about the calls for a genocide of Muslims and the Opposition’s lack of reaction in this dialogue with The Telegraph.

The cat is out of the bag. What the official politicians could not say, the sadhus have – they have clamoured for an ethnic cleansing of Muslims. Were you surprised?
Not at all. After all, a Dharma Sansad had given the call for the demolition of the Babri Masjid. The VHP has organised conclaves of sadhus, priests and monastic organisations since at least the late 1980s. Swami Chinmayanand and RSS leaders founded the VHP and several sadhvis called out for Muslim blood.

Our entire focus is, unfortunately, trained on the BJP and never on the enormous network of affiliates and sub-affiliates of the Sangh parivar, or on the creeping hegemony they have achieved through relentless hard work through innumerable mass fronts.

What did surprise me, however, was the near-complete silence of the entire Hindu religious establishment on this issue, starting from the much-respected Ramakrishna Mission onwards. Silence indicates complicity.

Does the Prime Minister really believe in his proclamation “Sabka sath sabka vikas”?
The Prime Minister, as a lifelong RSS activist, is committed to the concept of Hindu nationhood. So he maintains a studied silence about lynchings, about the “anti-love-jihad” campaigns. He approves of the anti-conversion laws in BJP-ruled states and endorses the incarceration of peace activists, human and civil rights activists, Dalit and Adivasi rights activists.

No one knows when and where the axe is going to fall next. Only after sections of the Western press began to report the lynchings in 2016 did he make a lofty statement about tolerance.

Even that is not forthcoming this time. India’s geopolitical status, the lowering of environmental safeguards and the altering of land-acquisition laws in the interests of multinational corporations – all this ensures that the West will now look the other way.

How has the mainstream Opposition, made up of the Left and the secular parties, reacted to the open, no-holds-barred Hindutva agenda?
Hindutva extremism – which may extend beyond the Sangh parivar --- is doing what it always said it wanted to do. That is, it has worked hard for its Hindu Rashtra, whether it has been in or out of state power. But the large mainstream, the national Opposition parties, have signally failed in their professed secular agenda.

They do not even try to understand what they are supposedly opposing. They seem incapable of organising mass movements, which are now the responsibility of non-party activists alone. Whether the

“Not in My Name” campaigns against lynching, the tumultuous anti-CAA protests that swept the country in repeated waves, or the historical, unbelievable farmers’ agitation --- all such movements have been self-organised, autonomous.

Despite their large unions or their national political weight, the parties are content with mere declarations of support or with a few protest statements that are but empty, meaningless gestures. Was there a concerted outrage even against the death of Father Stan Swamy? There was only a single rally in Delhi under the CPIML’s (student arm) Aisa against the recent call for genocide, and a lone CPM member visited Muslims whose prayers (on open ground) had been brutally blocked in Gurgaon. Is that enough?

We cannot turn into a Hindu Rashtra with a single bang. It has to be a well-orchestrated process. What is the nature of this process?
The BJP is in the government and even though they do not care to observe the full protocol that the government of a multi-cultural country should, there are still some restraints on their official statements.

But they are also a part of the Sangh — not an independent, standalone force. The Sangh is infinitely and perpetually self-multiplying. The genocide (advocates) certainly bear the imprint of the Hindutva ideology: most may even be linked to the parivar if we look hard enough.

A Hindu Rashtra will always be an ongoing project that unfolds in gradual stages. We become accustomed to one stage and stop reacting, and then the next stage begins to manifest itself. So we can expect lots more from them. The signs are very clear from what the sadhus are saying now with near-impunity. The schoolchildren who were made to chant murderous slogans in the name of a Hindu Rashtra were also taught to raise their arms in the Nazi salute.

The Hindutva forces are at least honest – barring the occasional strategic disclaimer from the BJP, they consistently pursue their goals. Dishonesty lies with those who claim to be different.

The BJP holds no monopoly over subversion. The Opposition has committed its crimes as well. And now, at this crucial moment, what is it doing to bell the cat?
The Constitution has been subverted. It may be formally changed. But in some sense, the majoritarian, authoritarian agenda has a wider purchase: the Emergency is one example and the genocide of Sikhs is another. The sedition laws were strengthened from the 1960s onwards and the UAPA was introduced by the Congress, though its terms were certainly stiffened after 2014.

To my knowledge, no political party has actively campaigned against those laws, and most have used it in the states they have ruled. Which political party has tried to work patiently with a long-term agenda to change mass communalism at the grassroots level?

There certainly is a radical and important difference between the BJP and the others. Hindu Rashtra nirman is not the official agenda of the latter and that difference alone is one worth dying for. If these parties come to power in the states, they will discourage genocidal communalism and may introduce a few minor welfare measures.

But they do little to seriously contest the Hindutva ideology on the ground through sustained hard work among the mass bases. Rather than offer an alternative moral compass, they squabble and divide themselves over prospects of state power even at this time. That is a capitulation beyond forgiveness.

Subhoranjan Dasgupta, is a professor of human science.