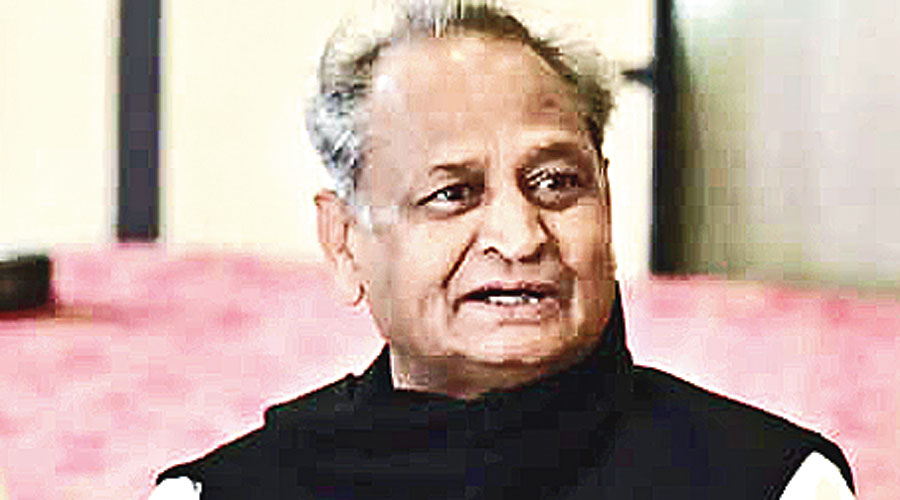 Ahead of the proposed Cabinet reshuffle, Chief Minister Ashok Gehlot will hold the last meeting of his current council of ministers on Saturday evening when ministers are likely to resign.

The meeting will take place at 5 pm at the chief minister's residence, official sources said.

The sources said the Cabinet meeting has been called ahead of the proposed Cabinet reshuffle and ministers are likely to resign.

The sources added the oath ceremony may take place on Sunday at Raj Bhawan.

AICC general secretary Ajay Maken arrived in Jaipur last night and told reporters about the resignation of the three ministers, who desired to work for the party.

While Dotasra is the PCC chief, Harish Chaudhary and Raghu Sharma are in-charge of the party's affairs in Punjab and Gujrat respectively.

After their resignation, the strength of the Cabinet has reduced from 21 to 18. Rajasthan can have a maximum of 30 ministers, including the chief minister.

The clamour for Cabinet reshuffle had been growing for the last several months with the Pilot camp demanding to accommodate supporters of the state's former Deputy Chief Minister Sachin Pilot's supporters in the government.

Apart from the Congress MLAs, independents who support the government and MLAs who defected from the BSP to Congress also have expectations from the reshuffle.