Advertisement
Home / India / From pit where ‘2 hungry dogs’ ate, a view of Kerala

From pit where ‘2 hungry dogs’ ate, a view of Kerala 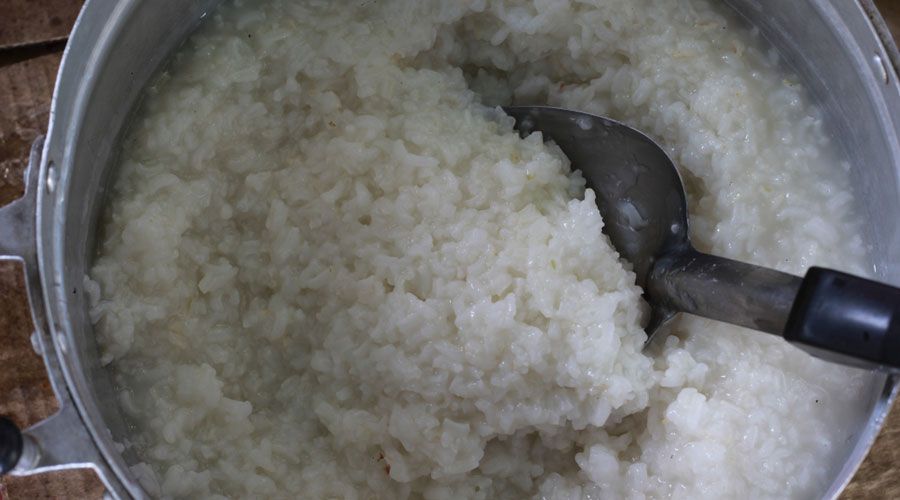 By the time the boy began eating it, the upper caste landlord had released his hungry pet dog to share the gruel from the same pit.
Representational image from Shutterstock
K.A. Shaji   |   Thiruvananthapuram   |   Published 13.08.20, 03:59 AM

When the starving Dalit schoolboy came to the local landlord’s house seeking food, a pit was dug at a corner of the courtyard in keeping with the practice of the times and rice gruel poured into a plantain leaf folded into it.

By the time the boy began eating it, the upper caste landlord had released his hungry pet dog to share the gruel from the same pit.

It was “a competition between two hungry dogs”, M. Kunhaman — the unfortunate schoolboy who has since turned into an eminent economist — writes in the partly autobiographical Ethir, released in June as an e-book.

In the book, whose title roughly translates as “opposite” or “adversary”, the 70-year-old author has described the humiliation and misery suffered by Dalits in Kerala from a personal viewpoint.

In doing so, he has held a mirror up to the state’s claims to a progressive legacy and questioned its Marxist rulers’ much-trumpeted land reforms, and the currently fashionable efforts to blend Marx with B.R. Ambedkar, whose ideas he sees as “poles apart”.

“Kerala is always boasting that it has an egalitarian society with strong notions of social justice. But if a Dalit wishes to sit in the chief minister’s chair, he will have to be reborn as a bug,” Kunhaman writes.

Kunhaman’s own life has been a long battle against discrimination, where every victory was followed by a fresh hurdle.

When he overcame a series of obstacles to stand first in MA economics from Calicut University in 1974 — giving Kerala its first Dalit postgraduate topper since K.R. Narayanan, who rose to become President — it brought no happily-ever-after ending.

“There was a felicitation (for Kunhaman) in Palakkad at which two senior Kerala ministers were chief guests. I reached the place borrowing money from a neighbour for the bus tickets. A gold medal was presented on the occasion but it was sold within three days to buy food and grocery items for the family,” he recalls in his book.

This was followed by two wasted years chasing in vain after jobs — any kind of small-time government job. Even when he topped the written test for an economics lecturer’s post with Kerala University, he was denied on the pretext that the varsity had no “reserved post for Dalits”.

A disappointed Kunhaman went off to earn a PhD at the Centre for Development Studies in Thiruvananthapuram, where the renowned economist K.N. Raj was his guide.

Eventually, Kunhaman did partially conquer the Kerala University hurdle and taught there for several years before moving to the Tuljapur campus of the Tata Institute of Social Sciences in Maharashtra, where he says he found discrimination less prevalent.

Today, many consider Kunhaman’s in-depth studies of land distribution and agrarian relations across the country to be unmatched.

Kunhaman was born at Vadanamkurissi village in Palakkad district to landless Dalit farm workers Chorona and Ayyan, who belonged to the Panan community, the lowest among Kerala’s Dalits.

He describes his early years as an unending battle against poverty, fear and an inferiority complex that left its fingerprints in the form of a lifelong lack of self-confidence.

As a child, he would have to douse his hunger by collecting leftover food from local households. The thatched hut in which his family lived had just one kerosene lamp, and his night reading would be disrupted whenever his mother took it away to the kitchen to make rice gruel.

Kunhaman’s fight against caste bias began when he was a Class III student.

When the class teacher claimed that Dalit children had enrolled only for the free noon meal of uppuma — a wheat porridge served at Kerala’s government schools long before the current midday meal programme came into being — Kunhaman protested and gave up the meals.

He starved every noon for the rest of his school years. It was on one such afternoon, when he found the hunger unbearable, did he apply to the local landlord and had to compete for his lunch with a dog.

The cover of Ethir
Sourced by the Telegraph
Marxists and Dalits

It also carries his reminiscences about the Marxist theoretician and former chief minister E.M.S. Namboodiripad, of whom he has much good to say.

“Despite his Brahmanical background, E.M.S. Namboodiripad had the openness to consider Dalits his equals. He used to come to our huts and was comfortable sitting on the floor smeared with cow-dung paste,” the book says.

“On numerous occasions, I attended meetings chaired by EMS and criticised him and Marxist political philosophy. EMS never showed any intolerance. He once told me that he liked criticism and was not God that he should fear criticism.”

But Kunhaman also mentions his disappointments with latter-day Marxist leaders, who repeatedly spoke of appointing him vice-chancellor of Kerala University or member of the Kerala State Planning Board but never honoured the assurances.

“Former chief minister V.S. Achuthanandan and Kerala’s finance minister T.M. Thomas Isaac on many occasions assured me positions in the state hierarchy to utilise my expertise for the betterment of the poor .... But nothing happened,” Kunhaman writes.

He believes that the Indian Marxists bear something of Brahmanical exclusivity within them and can therefore not represent Dalit interests.

Kunhaman is therefore critical of the demands by Leftists and Ambedkarites for a joint platform: “Finding common ground between Marx and Ambedkar is a sheer waste of time. They are poles apart.”

He says: “What we require is large-scale Dalit participation and involvement in all areas of administration and governance.... There must be more Dalits with radical intelligence and good scholastic capabilities.”

For Dalit empowerment, Kunhaman advocates more control by the community over money and resources.

“Dalits have to focus more on amassing wealth and controlling it wisely,” he writes.

“In my opinion, the economic liberalisation has benefited at least a segment among the Dalits. New capitalist Dalits have emerged. The formation of the Dalit Chamber of Commerce is part of such liberation.”

Kunhaman believes that Kerala’s vaunted land reforms of 1970, enacted by a CPI government with Congress backing, have failed to benefit the Dalits and tribal communities.

“The land reforms have created a new set of oppressors. The working class got no benefit. Only democratic discourse can help empower the weak,” he writes.

Ethir, published by the Kottayam-based DC Books, has already become a publishing sensation in Kerala. The book is to be launched in physical form sometime soon.