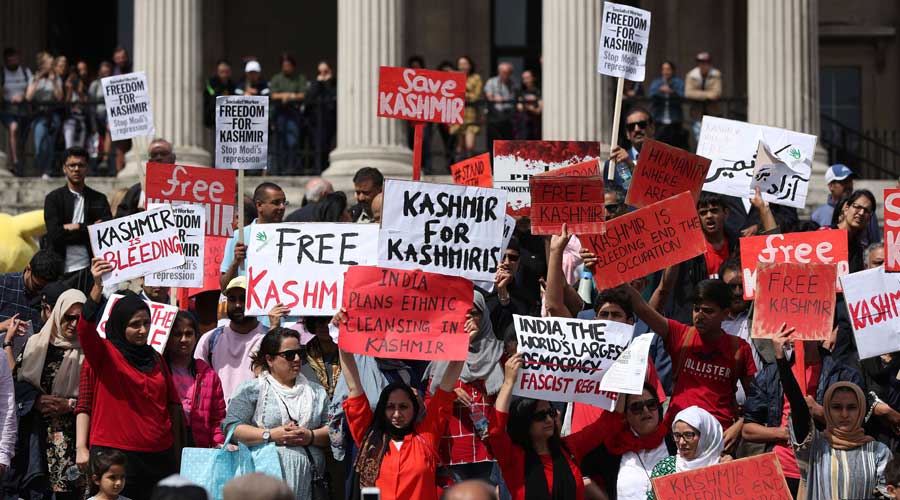 The Kashmir issue was raised by Congresswoman Chrissy Houlahan, who represents a Congressional district from Pennsylvania.
File photo
PTI   |   Washington   |   Published 13.06.21, 01:13 AM

India remains the world’s largest democracy with a strong rule of law but some of the Indian government’s actions, including restrictions on freedom of expression, have raised concerns that are “inconsistent with the country’s democratic values”, a top US official has told lawmakers.

Dean Thompson, acting assistant secretary of state for South and Central Asia, also revealed that the Joe Biden administration had urged the Indian government to ensure a speedy return to normality in Kashmir. He cited the restoration of 4G access — in February, 18 months after it was snapped — as one of the steps that has been taken.

Thompson’s remarks came during a Congressional hearing on Democracy in the Indo-Pacific on Wednesday at the House Foreign Affairs Subcommittee on Asia, the Pacific, Central Asia and Non-Proliferation.

“India remains the world’s largest democracy with a strong rule of law and independent judiciary and enjoys a strong and growing strategic partnership with the US,” Thompson said.

“However, some of the Indian government’s actions have raised concerns that are inconsistent with India’s democratic values,” he said. “This includes increasing restrictions on freedom of expression and the detention of human rights activists and journalists.”

India has previously rejected criticism by foreign governments and human rights groups on allegations that civil liberties have eroded in the country.

Responding to a question from a lawmaker, who had raised the issue of human rights in Kashmir, Thompson said that the Joe Biden administration routinely raises issues related to a vast array of rights and democratic issues with India.

“Kashmir is one area where we have urged them to return to normalcy as quickly as possible, including we’ve seen some steps taken: The release of prisoners, the restoration of 4G access, things of that nature. There are other electoral steps we’d like to see them take and that we have encouraged them to do and will continue to do so,” he said.

The Kashmir issue was raised by Congresswoman Chrissy Houlahan, who represents a Congressional district from Pennsylvania.

“Although of course, they’re two great democracies, democracies including ours and India’s are not without their flaws and problems. I do have a pretty big (number of) Kashmiris in my community and there is, of course, concern about the treatment of the Kashmir people,” she said.

“What is the dialogue that is ongoing between the administration and the Indian government on these human rights issues broadly, if you could share a little bit there?” she asked.

Responding to another question from lawmakers, Thompson said the US has been concerned in Pakistan and Bangladesh about some of the restrictions on journalists there.

“Similarly, at times, that has happened in India; though, I think, India, we can say, has a very vibrant press overall that reports very freely on its government,” he said.