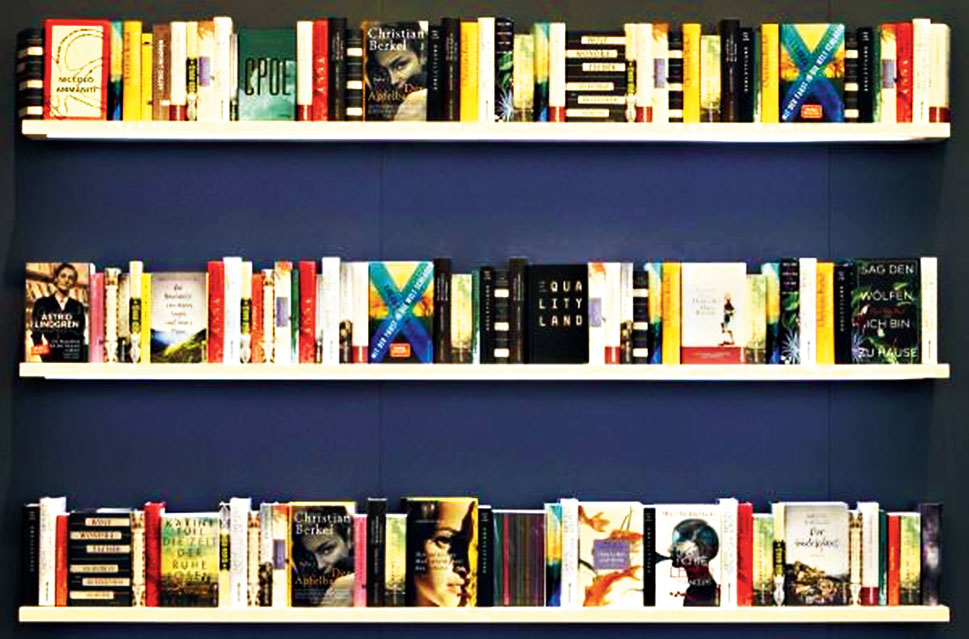 Official India has cut a sorry figure at the ongoing Frankfurt Book Fair, with the National Book Trust’s stall unattended by any of its officials and the Sahitya Akademi booth bereft of people, books or even a signboard.

Sources in the NBT, an autonomous body under the human resource development (HRD) ministry, said a turf war between chairman Baldeo Bhai Sharma and director Rita Chowdhury had prevented any official being deputed to the fair.

Sahitya Akademi secretary K. Sreenivasarao said the institution could not send anyone because the procedural approval from the culture ministry could not be obtained in time.

The five-day fair, the world’s largest get-together of publishing houses, offers a huge opportunity for international deals and trading. But the NBT’s stall could not be opened during the initial hours because there was none to man it.

Eventually, the Indian consulate in Frankfurt hired a few local hands to put up the books and attend to the stall.

Since the Frankfurt Book Fair doesn’t deal in retail sales, it’s all about business and book promotion. This is the 25th anniversary of the NBT’s participation, and every time before its stall has been manned by its own officials.

An official said that hired hands cannot promote the work of Indian publishers, discuss the sale of copyrights or plug the NBT’s New Delhi World Book Fair, the largest in the Afro-Asian region.

NBT chairman Sharma had been invited to the fair’s inaugural session and director Chowdhury to a meeting of publishers.

Heads of institutions need government approval for foreign trips, but the HRD ministry cleared only Chowdhury’s tour. It did not respond to the NBT proposal for the chairman’s Germany visit.

But the NBT couldn’t decide who should be deputed because of the tussle between Chowdhury and Sharma, sources said. Chowdhury suggested the names of two officials, D. Sarkar and Ashish Choudhary, but Sharma did not clear their trip.

“He (Sharma) did not suggest any alternative names, either,” an NBT official said.

Chowdhury sought the HRD ministry’s intervention but it did not respond. Eventually, the director decided not to go to Frankfurt alone.

“I don’t want to comment on this issue,” Chowdhury told this newspaper.

The matter came to light after some people posted pictures of the empty NBT and Sahitya Akademi stalls at the fair on Wednesday.

Sharma responded to a text message from The Telegraph to say the “NBT stall was functional from day one”. But he did not answer the follow-up question why he had not cleared the officials Chowdhury had suggested for the assignment.

The NBT has issued a media release about India’s participation at the fair, featuring a collective exhibit of about 300 titles representing the works of about 40 Indian publishers.

“The NBT stall is being visited by a number of publishers, trade visitors and dignitaries. The display of books in English and Hindi, in the aesthetically designed stall, and covering a wide range of subjects and interest areas is attracting people in large numbers,” the release said.

The NBT stall cost the government about Rs 15 lakh, while the space hired for the Sahitya Akademi stall would have to be paid for too.