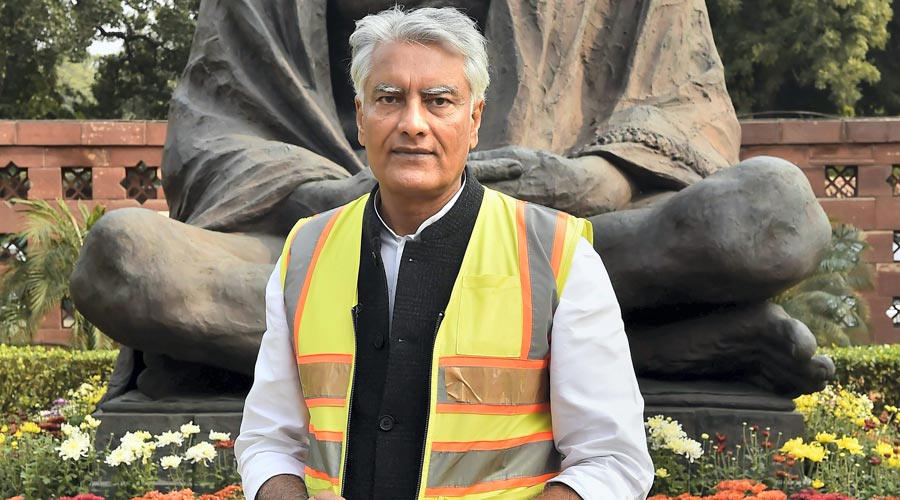 Welcoming him in the BJP, Nadda said Jakhar had enjoyed a special stature in Punjab that was independent of the Congress party and helped strengthen nationalist forces in Punjab.

"BJP is emerging as the number one nationalist force in Punjab. Hence it is necessary for all leaders having nationalist ideology join the BJP to strengthen the party and for a stronger Punjab," Nadda said.

Jakhar, a three-term MLA and a former Lok Sabha member from Gurdaspur, became emotional as he recalled the five-decade association of his family with the Congress.

Jakhar said the BJP had welcomed him because he had not pursued politics for personal good.

Jakhar had quit the Congress last week after lashing out at former Punjab chief minister Charanjit Singh Channi on Twitter, saying that he was "not an asset" as portrayed by the party leadership.

A former Lok Sabha member, Jakhar was removed from all party posts by the Congress disciplinary committee following allegations of anti-party activities by certain Punjab unit leaders against him.

He also lashed out at veteran Congress leader Ambika Soni for her statement on the "repercussions of having a Hindu chief minister in Punjab". Jakhar also held Soni's statement as one of the reasons for the Congress' drubbing in the Punjab assembly polls earlier this year.