Flood check: The numbers from Kerala, Karnataka and Maharashtra

Forecast grim for Gujarat and parts of Madhya Pradesh and Rajasthan 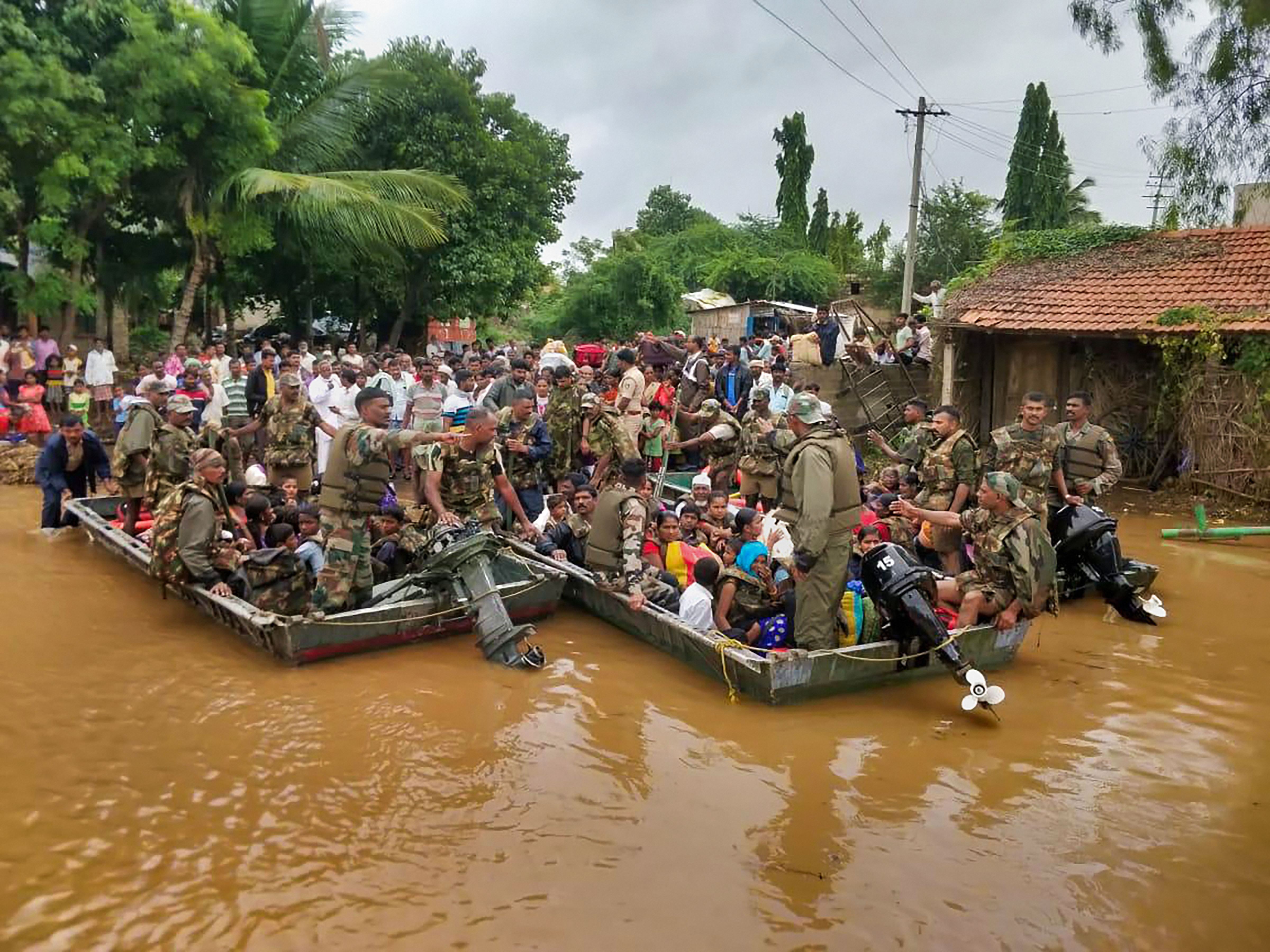 Floods in Kerala, Karnataka and Maharashtra have wreaked havoc across several districts.

Home minister Amit Shah on Friday called for a high level meeting to review the flood situation in the country. The Met department has warned that Gujarat, West Madhya Pradesh and East Rajasthan are “expected to receive heavy rainfall in the next 24 hours”.

The National Disaster Response Force (NDRF) has said that 83 of its teams are involved in rescue in different parts of the country. In addition to this, 173 teams of the army, navy, air force and coast guard have been deployed, according to the home ministry.

Flood situation and details of rescue and relief operations taken up by the government.#KarnatakaFloods pic.twitter.com/93fcwSPuHu