Flag-waving crowd welcomes Modi on his return from Korea

Modi returned on Friday night from Seoul, where he was awarded the peace prize for 2018 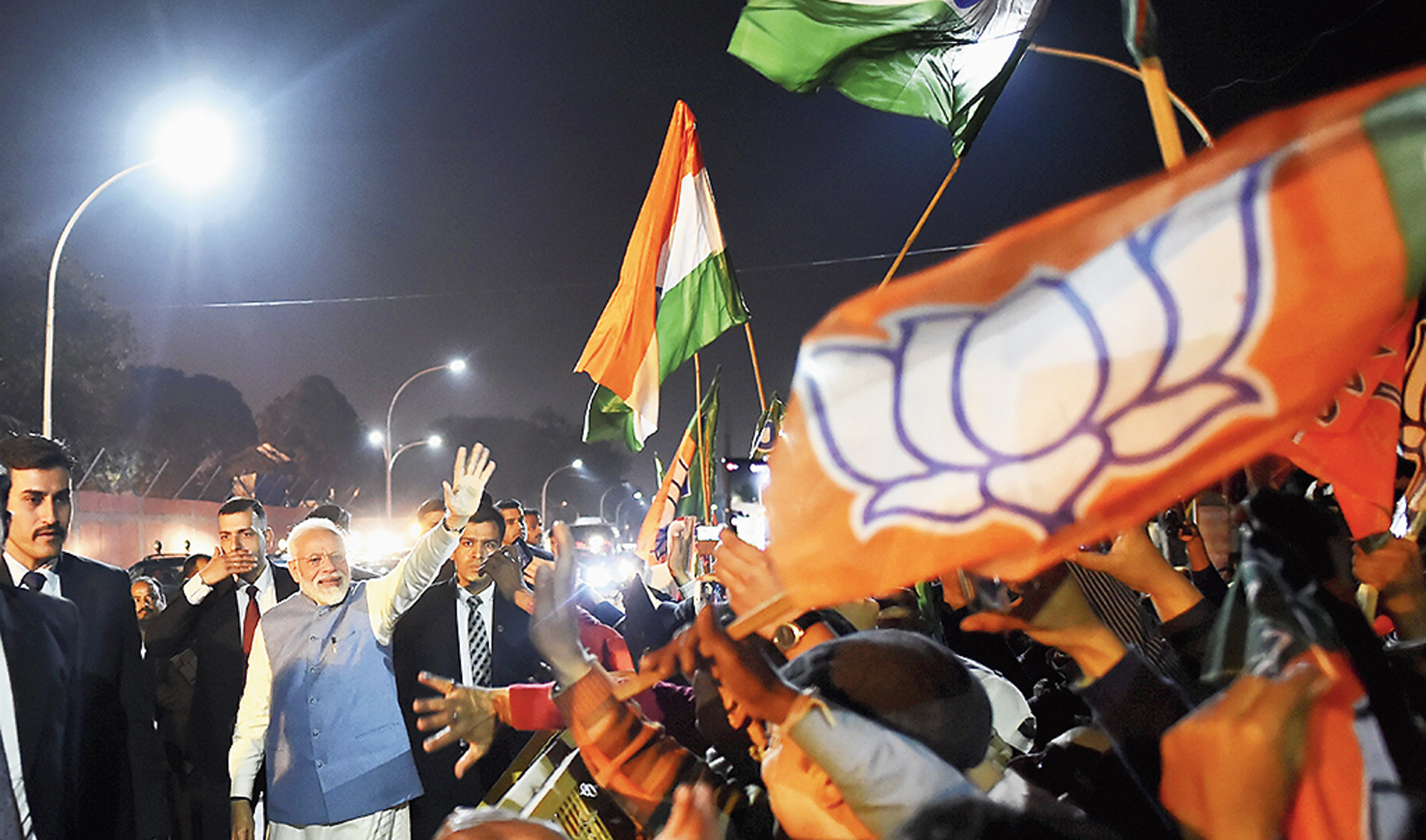 The day after a flag-waving crowd lined up outside the airport here to cheer Narendra Modi on his return from South Korea, sources in the BJP revealed that the “rousing welcome” had been ordered by the Prime Minister’s Office to celebrate the Seoul Peace Prize.

Modi returned on Friday night from Seoul, where he was awarded the peace prize for 2018. The crowd was waiting on the road outside the airport, waving the BJP’s flag and cutouts of Modi and the lotus — the party symbol — and chanting: “Modi, Modi…” Some in the crowd held up the Tricolour.

The Prime Minister got out of his car, waved and shook hands with the people.

The BJP’s IT cell chief, Amit Malviya, posted a short video with the tweet: “Warm welcome for PM Modi in Delhi as he returns from South Korea.” Modi is not usually greeted by such a crowd on his return from trips abroad.

Sources said the PMO had asked the BJP to organise the reception to project the Seoul Peace Prize as a “big achievement” for the country.

But a BJP office-bearer denied this. “Party cadres may have turned up to welcome Modiji but we had not asked anyone to organise a crowd. It was spontaneous,” the office-bearer said, asking not to be named.

Some party leaders said they would have organised a bigger welcome to celebrate the prize but refrained from doing so given the mourning in the country after the Pulwama attack.

Ahead of the general election, the BJP is trying to project Modi as one of the “tallest world leaders” who has brought unusual respect to the country.

Against the backdrop of the Pulwama terror strike, the BJP has been iterating that Modi’s diplomacy had won the support of the world community for India against Pakistan-sponsored terrorism.

BJP battles Corbett blaze: Modi was not there for photo shoot