Five terrorists holed up inside building in J&K's Ramban 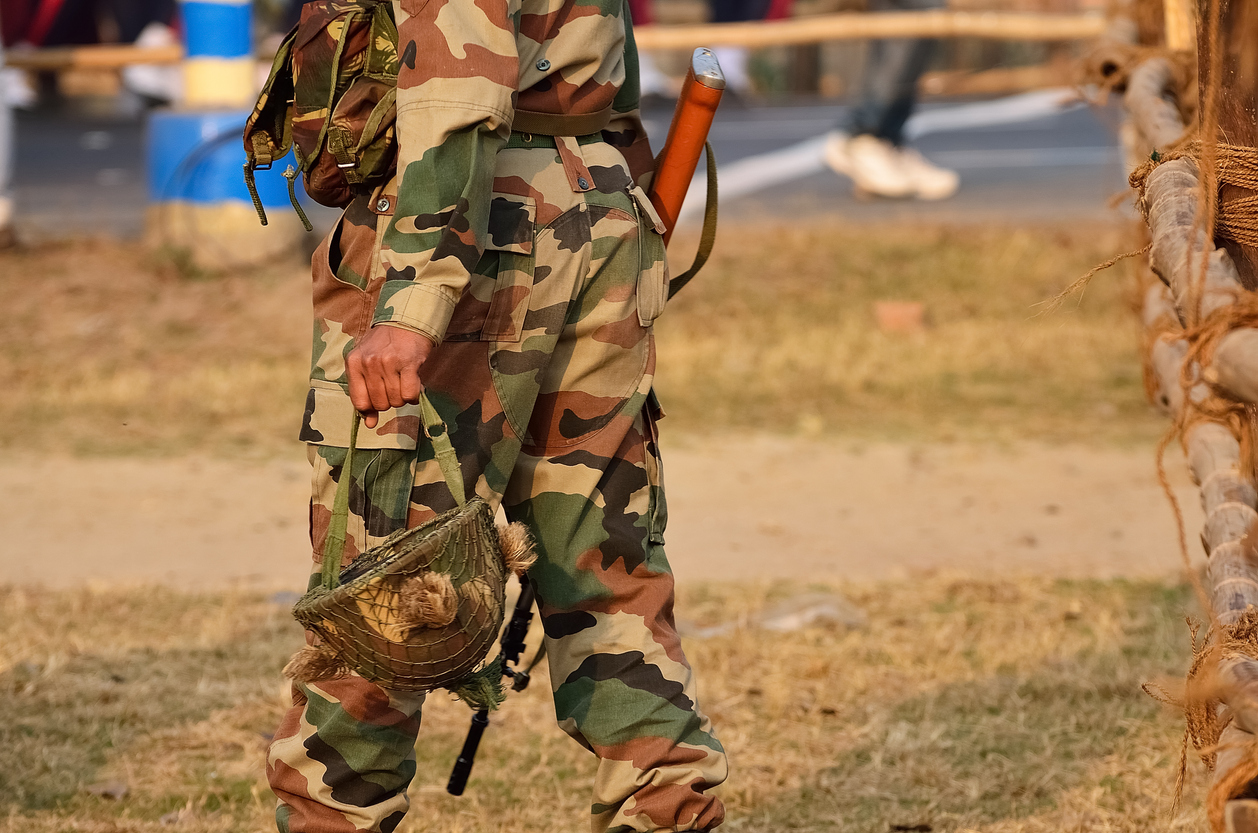 A group of five terrorists is holed up inside a house in Batote along the Jammu-Kishtwar national highway and efforts are underway to neutralise them, police said, as security forces launched a massive search operation after they ultras attacked an army team on Saturday morning.

The terrorists were encircled by the search parties inside the house after they managed their escape from the scene of the earlier encounter in the highway town in Ramban district, officials said.

The officials said house owner, Vijay Kumar, is also believed to be trapped inside and efforts are on to evacuate him safely.

'A group of five terrorists is trapped in Batote town. Joint parties of police, army and CRPF cordoned the area and exchange of fire ensued,' a police spokesman said.

He said the trapped terrorists had fired at the Quick Reaction Team in the morning and tried to escape.

After a hot chase, they entered the house of a civilian in Batote town, which was immediately gheraoed, the spokesman said, adding senior officers are on the spot supervising the operation.

Earlier, the officials said a fresh exchange of fire started between the holed up terrorists and the security forces in the main market around 1 pm.

While efforts are on to bring out the house owner safely from the house, his family members have been evacuated after they managed to come out, officials said, adding the ultras had forced their entry into the house while being chased by the security forces.

Reinforcements were immediately rushed and the whole area was cordoned off to neutralise the terrorists, who are believed to have come from the Kishtwar side and had reportedly spent the night at an abandoned temporary shelter shed on the highway, the officials said.

Jammu-based defence spokesman Lt Col Devender Anand said, 'Today (Saturday) morning at about 7.30 am, two suspicious individuals tried to stop a civilian vehicle at the general area Batote on the highway. The driver was alert, did not stop the vehicle and informed the nearest army post.'

'The quick reaction team reacted promptly and contact was established with the suspicious individuals,' he said.

The movement of traffic on the highway was stopped following the incident as a precautionary measure, they said.