The BJP emerged as the second largest party in the state, way ahead with 74 seats to JDU’s 43 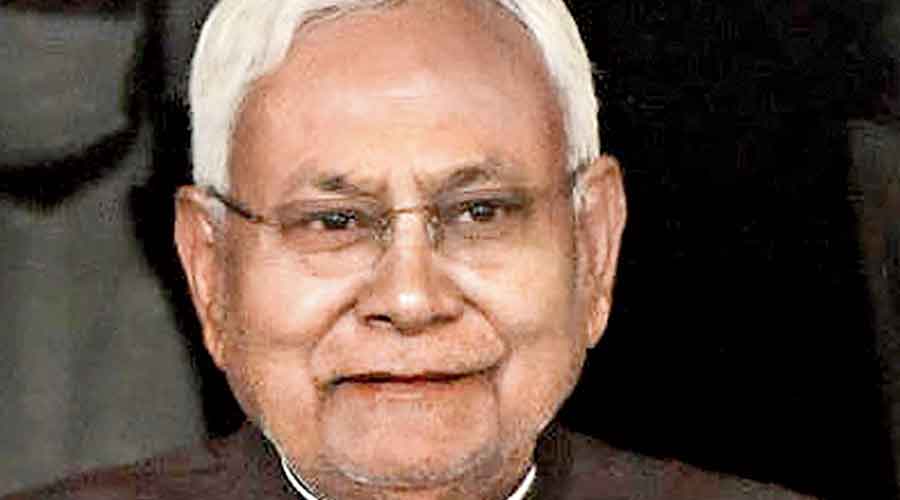 Bihar was eagerly awaiting the results of Assembly elections in five states with discomfort reigning among the partners in the ruling National Democratic Alliance and the Opposition Grand Alliance alike and whiff of impending cataclysmic political changes in the air.

However, the BJP sailing through comfortably in four out of the five states, especially Uttar Pradesh came as a dampener on the possibility of any sudden political changes in Bihar. But the results will still have wide-ranging ramifications in the state.

There had been continuously growing unease between chief minister Nitish Kumar’s Janata Dal United (JDU) and the Bharatiya Janata Party (BJP) inside the NDA since 2020 Bihar polls, when the latter allegedly successfully undermined the prospects of the former by patting the back of the then Lok Janshakti Party (LJP) chief Chirag Paswan to put up candidates against it (JDU).

The BJP emerged as the second largest party in the state, way ahead with 74 seats to JDU’s 43. The hunger for power forced the two parties to stick together, but they never buried the hatchet, their leaders battling it out everywhere on the issues of governance, corruption, and policy matters.

“Nitish Kumar has harboured the ambition to become the Prime Minister for the last one decade. We expect him to take another shot at it in 2024. He would have started making overt moves if the BJP had not fared well in Uttar Pradesh polls. But now he will keep quiet for sometime to further assess the situation. There are no imminent fireworks in the offing,” a senior NDA leader confided to this newspaper.

The Bihar chief minister has already been trying to regain the lost ground. He took up JDU seat tally to 45, is mending his battered image on the corruption front by continuous raids by state enforcement agencies, mending fences with poll strategist Prashant Kishor, and trying to assemble a strong team of bureaucrats to assist him. He has also been working hard to project himself as a secular leader despite being an ally of the BJP.

With Aam Aadmi Party (AAP) leader and Delhi chief minister Arvind Kejriwal suddenly shining on the horizon after landslide victory in Punjab, Nitish is staring into another contender for the position of the leader of a third front, if it at all comes up before the next general elections.

Also, the AAP is the only regional party in the country to have governments in two states.

Bengal chief minister Mamata Banerjee, Odisha chief minister Naveen Patnaik, their Telangana counterpart K. Chandrashekar Rao, Nationalist Congress Party (NCP) leader Sharad Pawar are some of the other leaders who could lead any such third front, owing to their success in the elections in their states.

The nil score in Uttar Pradesh also came as a setback to the JDU’s ambition of becoming a national party.

Meanwhile, the BJP, with its good show in the just concluded polls that reversed the trend of setbacks it suffered in Jharkhand and Bengal polls, and despite its deep desire to do away with Nitish, will not take hasty steps in Bihar.

“The foremost is the insufficient numerical strength in the legislative Assembly.

“Second reason is that Nitish is the backward caste face of the NDA. Third, our party is yet to tame the caste equations that are decisive in Bihar politics,” a senior BJP leader explained to The Telegraph on the condition of anonymity.

“Another reason is that our hands are full for the year with elections due in Gujarat and Himachal Pradesh, and polls to urban local bodies in Delhi, Maharashtra, Himachal Pradesh, Haryana, Punjab, Tamil Nadu, Uttar Pradesh and Bangalore,” the BJP leader added.

Besides, Nitish, if rubbed wrongly, can either rebel or join hands with the Rashtriya Janata Dal (RJD), which is the largest party with 75 seats in the 243-member Assembly. The Grand Alliance at present has 110 MLAs.

On the other hand, verbal attacks by the BJP leaders and legislators on Nitish will increase. But senior leaders in both the parties consider it just an act of releasing pressure and frustration.

NDA ally Vikassheel Insan Party (VIP), along with its leader and Bihar minister Mukesh Sahni, is in for some tough times because it contested against the BJP in Uttar Pradesh.

The results of the polls in the five states have come as a morale destroyer for the Congress in Bihar, where it has been trying to stand on its own feet after being kicked out by ally RJD in the Assembly bypolls and the forthcoming legislative Council elections.

Veteran political leaders pointed out that Congress in Bihar could see desertions in the coming months.

Similarly, the RJD will have a difficult time in keeping its flock together if the NDA stands cohesively.