From LoC to LAC, whenever India’s sovereignty has been challenged, our soldiers have answered in a language the enemy understands: Modi during his Independence Day address 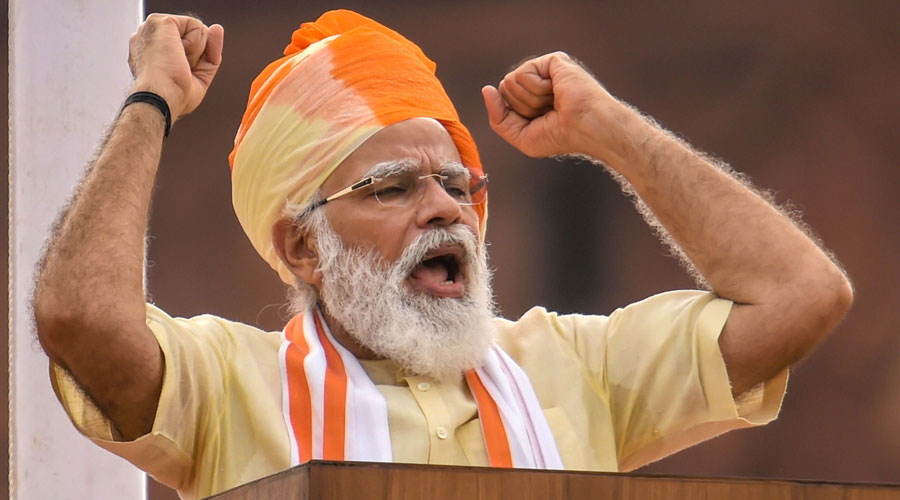 Prime Minister Narendra Modi on Saturday said that India had from “LoC to LAC” given a fitting reply to those who had challenged its sovereignty, striking a note similar to his no-intrusion claim two months ago and again failing to name China.

He also dwelt on the theme of “Atmanirbhar Bharat”, Jammu and Kashmir and the Ram temple during his Independence Day address from the ramparts of the Red Fort.

“From LoC (Line of Control) to LAC (Line of Actual Control), whenever India’s sovereignty has been challenged, our soldiers have answered in a language they (the enemy) understand,” Modi said. “The world can see what Indian soldiers can do to maintain this resolve.”

Modi may have been alluding to the June 15 face-off in the Galwan Valley of eastern Ladakh in which the Chinese killed 20 Indian soldiers.

Four days after the clash, the Prime Minister had asserted that no one had entered Indian territory or captured any Indian post. The government later claimed he was referring to the post-June 15 situation, which would suggest that Indian soldiers had thrown out any possible intruders.

Since then, Modi has remained silent as satellite imagery and unofficial accounts of ground-level assessments suggested the Chinese had ensconced themselves and built structures inside India-claimed lines at multiple locations in Ladakh.

The foreign ministry has, however, several times referred to the “disengagement process” and described it as “complex” — the latest assertion coming on Friday — implying the Chinese were inside India-claimed territory.

Sporting a saffron-and-white turban, Modi delivered his speech amid tight security and a guest list restricted by the Covid-19 outbreak.

He seemed to be indirectly acknowledging the strains in relations with several neighbouring countries.

“A neighbour isn’t just someone who shares a geographical boundary with us but those who share a bond of the heart — where the relationship is respected,” Modi said.

He said that neighbourly ties were now linked to “security, progress and trust”.

Modi claimed that India’s relations with the West Asian countries had never been so good. Reports have mentioned deep concern among West Asian governments about the Modi dispensation’s decisions on Jammu and Kashmir last year and its crackdown on anti-citizenship-act protesters.

He devoted a sizeable part of his 86-minute address to his “Atmanirbhar Bharat” (Self-reliant India) campaign, on which he had spoken in detail several times earlier.

In an address to the nation in May, the Prime Minister had proposed an economic package of Rs 20 lakh crore to make India “self-reliant” in the post-Covid world. This week his government declared a resolve to have more defence equipment manufactured in India.

On Saturday, too, Modi tried to conjure the vision of a strong and prosperous India as a global manufacturing hub, saying the country needed to move beyond “Make in India” to add the fresh objective of “Make for the World”.

He acknowledged the numerous challenges to becoming self-reliant in a competitive world but, playing the optimist amid the pervasive economic gloom, said there were many solutions too.

Modi said: “I know there are lakhs of challenges but there are crores of solutions too. I’m confident that India will realise this dream. I’m confident of the abilities and potential of my compatriots. Once we decide, we do not rest till we achieve our goal.”

Modi described how his government was building roads and other infrastructure along the LAC — the Chinese frontier — from Ladakh to Arunachal Pradesh to secure the country.

The Prime Minister touched on the Ram temple and the abrogation of Jammu and Kashmir’s special status but provided no new perspective.

He said the “amicable” resolution of the decades-old Ayodhya dispute and the beginning of the temple’s construction were an “inspiration for the future”.

He didn’t explain what he meant by “inspiration for the future” but stressed that the people’s conduct in peacefully accepting the Supreme Court verdict was “unprecedented”.

Some hard-line Hindutva leaders have been making noises about reigniting the demand for temple construction in Mathura and Varanasi at sites where mosques now stand.

Modi claimed the new Union Territory of Jammu and Kashmir had seen a lot of development in the past one year and promised to hold elections there after completing the ongoing delimitation exercise.

He said three candidate Covid-19 vaccines were going through various stages of clinical trials, and that the government was ready with a plan to make the vaccines available to the people once they cleared the tests.

The Prime Minister also spoke on women’s empowerment and referred to his government’s efforts to make sanitary napkins available to the poor at Re 1 each through the Jan Ausadhi centres.

He said a panel had been formed to determine what the minimum age of marriage should be for women, and mentioned the abolition of the instant triple talaq. 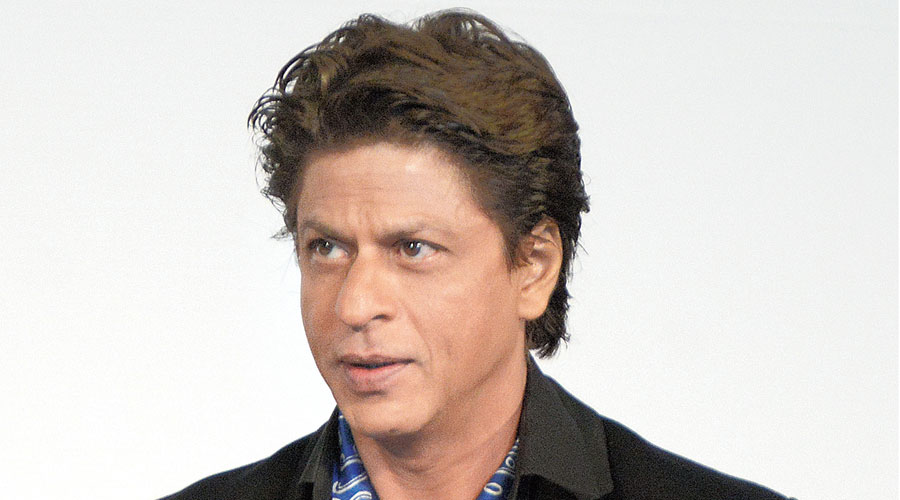 Strength & Courage. Peace & Truth. Fertility & Growth. Life in Movement. My country stands for these values. I promise to do the same on this day of 15th August and forever. We don’t need anymore guidelines for being a true Indian, than these laid down by the colours of our Indian flag. Happy Independence Day to all. Jai Hind.