The aircraft will fly from the United Kingdom 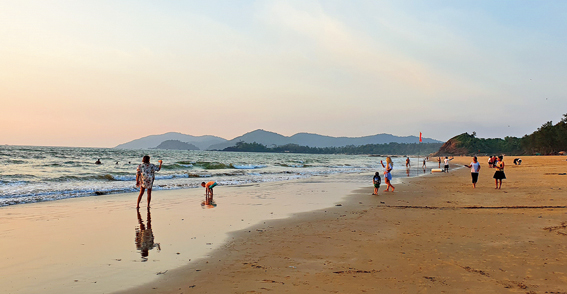 After a nearly a year, the first chartered flight of the season will arrive in Goa from the UK on December 13, ending a lull in the international tourism sector since the COVID-19 outbreak, a senior official said on Saturday. Four chartered flights will fly to Goa every week from the UK starting December, two each from Gatwick and Manchester Airports, said Nilesh Shah, the president of Travel and Tourism Association of Goa (TTAG).

"The operations of chartered flights were shut down last year following the viral outbreak, and the season of 2019-20 was also washed out due to the pandemic," Shah said. "The tourism industry was expecting good response from the Russian market, but due to the COVID-19 wave in their country, the arrivals may be delayed," he added.

Before the pandemic, Goa used to receive around 1,000 chartered flights during the tourist season, which begins in October and ends in April, the official said. The tourism industry will bounce back, if at least 50 per cent of the chartered flights arrive in the coastal state this tourist season, Shah said, adding that the current ban on scheduled flights from abroad is also affecting the industry.