Passengers panic and a jump out of train, no casualty reported 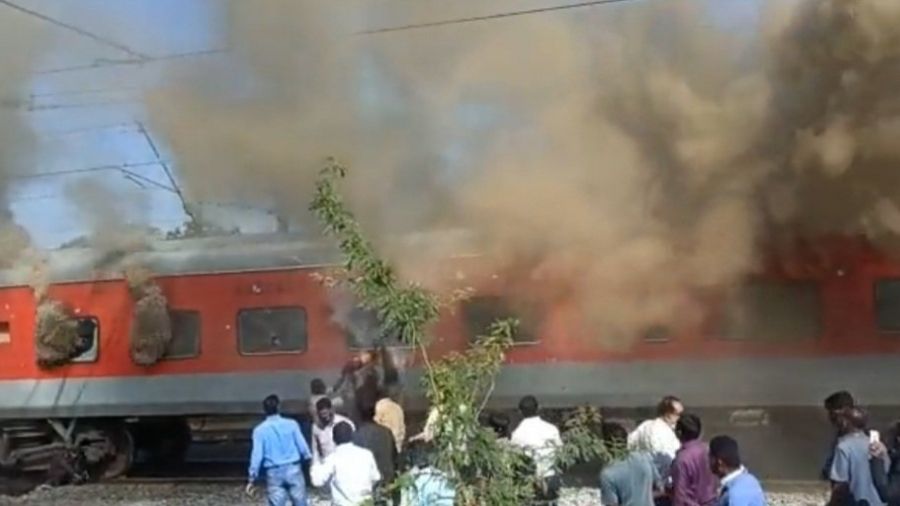 A fire broke out in the pantry car of the Gandhidham-Puri Express train on Saturday when it was near Nandurbar railway station in Maharashtra, but nobody was injured in the incident, officials said.

The blaze erupted around 10.35 am when the Odisha-bound train (12993) was entering the railway station, a statement issued by chief spokesperson of the Western Railway said.

The train had 22 coaches and the pantry car was the 13th one. After the blaze, the pantry car was separated from the front and the rear portion of the train by around 10.45 am. Fire extinguishers available at the station and inside the train were used for dousing the flames, it said, adding that nobody was injured.

The fire brigade was immediately informed and its personnel arrived at the spot at 11 am, it added.

A medical team, paramedical staff and senior railway officers rushed to the site to take stock of the situation, the statement said.

A police official said, "Due to the fire, smoke engulfed the pantry car, which triggered panic among the passengers and a few of them even jumped out of the train as it was moving slowly. The train was soon brought to a halt."

The fire was doused by around noon, he said, adding that the cause behind the blaze is being ascertained.

Nandurbar district, located in northwest Maharashtra, is around 450 km from Mumbai.