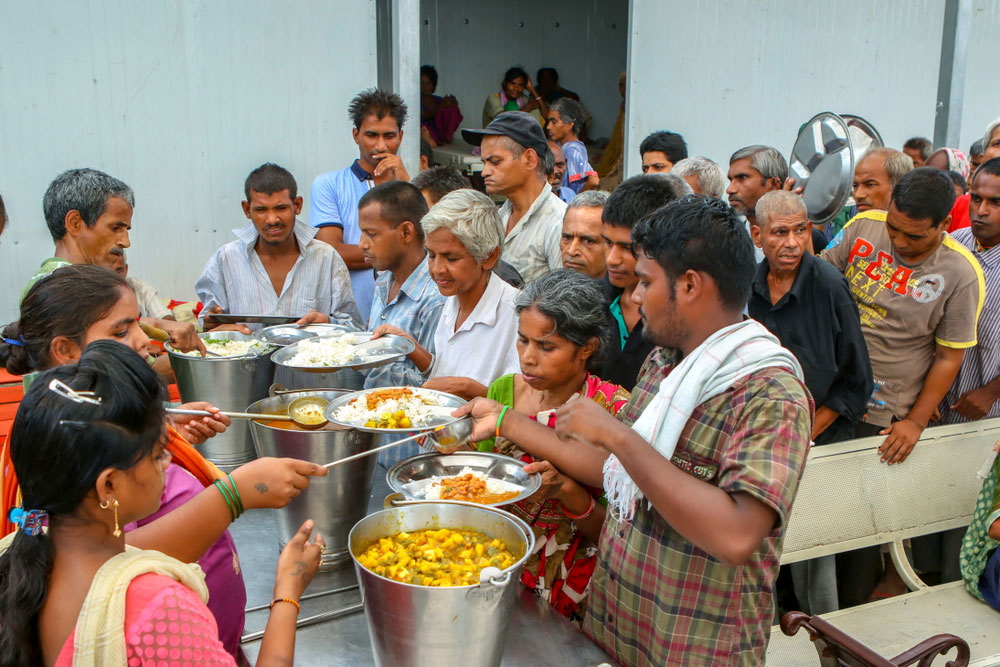 The Supreme Court had on October 18 favoured setting up of community kitchens, saying the country needed such facilities to tackle the problem of hunger.
(Shutterstock)
PTI   |   New Delhi   |   Published 10.02.20, 09:39 PM

The Supreme Court on Monday fined several states Rs 5 lakh each for not complying with its directions to file affidavits on a PIL seeking setting up of community kitchens across the country.

A bench of Justice N.V. Ramana, Ajay Rastogi and V. Ramasubramanian said if the states filed their affidavits in the next 24 hours, they would have to pay a reduced amount of Rs 1 lakh.

The top court said five states — Punjab, Nagaland, Karnataka, Uttarakhand and Jharkhand — and the Union Territory of Andaman and Nicobar would not have to pay any fine as they had submitted their responses on the PIL filed by social activists Anun Dhawan, Ishann Dhawan and Kunjana Singh.

Advocate Ashima Mandla, appearing for the petitioner, said five months had passed since the apex court had issued notice but except for the five states and one Union Territory, none had filed a response.

She said that 69 per cent of the deaths of children under the age of five were because of malnutrition and it was high time the states took steps to set up community kitchens.

The bench posted the matter for further hearing on February 17 and asked the states to file their responses at the earliest, along with the fine.

The Supreme Court had on October 18 favoured setting up of community kitchens, saying the country needed such facilities to tackle the problem of hunger.

It had issued notices to the states and Union Territories seeking their responses on a PIL seeking directions to them to formulate a scheme for community kitchens.

The plea had said many children under the age of five die every day due to hunger and malnutrition and this condition was violative of various fundamental rights.

The PIL had also sought a direction to the government for creating a national food grid for people falling outside the purview of the public distribution scheme.

It had sought issuance of an order to the National Legal Services Authority for formulating a scheme to mitigate hunger-related deaths.

The plea had referred to the state-funded community kitchens in Tamil Nadu, Andhra Pradesh, Uttarakhand, Odisha, Jharkhand and Delhi that serve meals at subsidised rates in hygienic conditions.