25 bogus cells tracked down in crackdown conceived in July 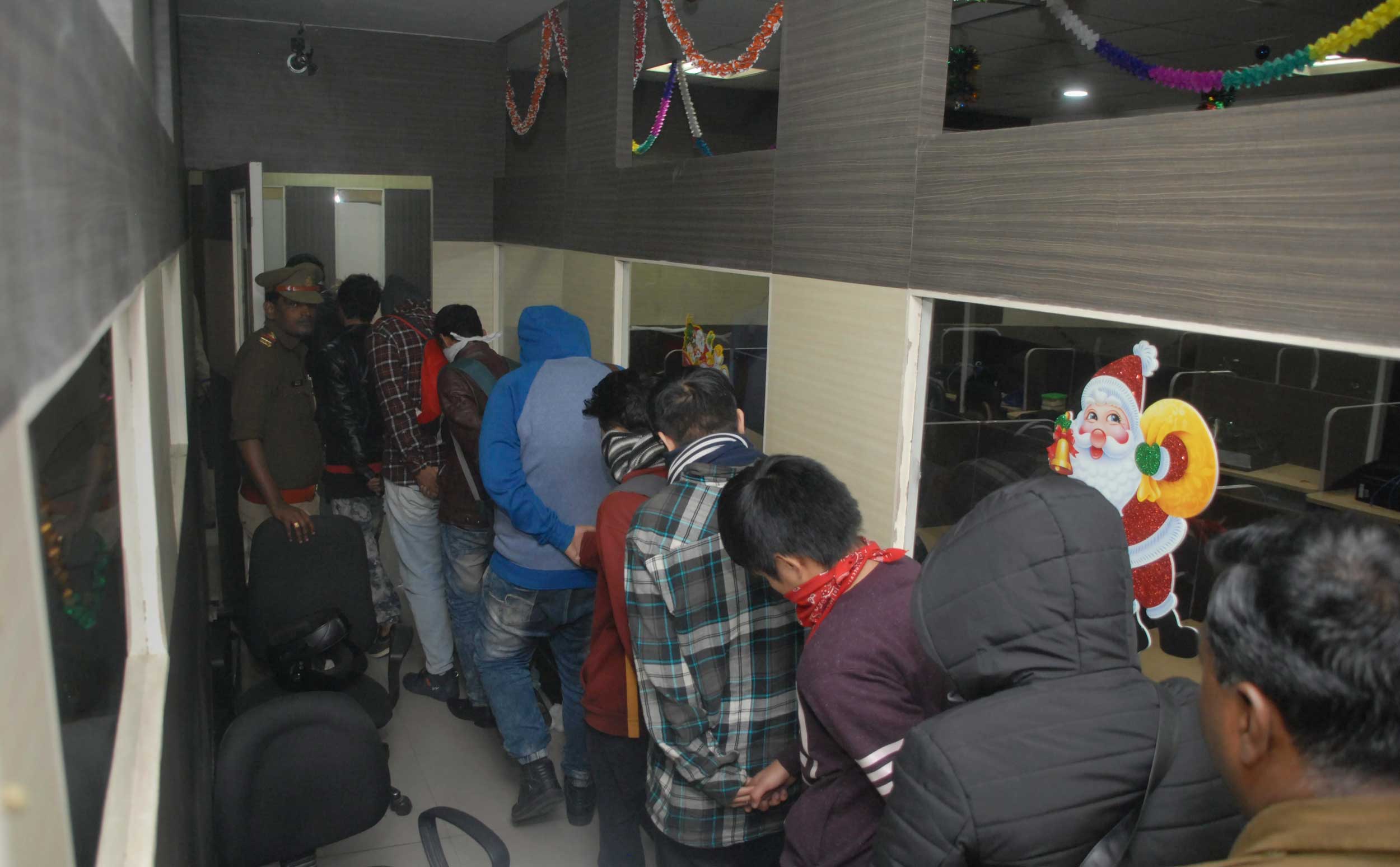 The seeds of Friday’s arrest of 126 people from a “fraudulent” call centre in Noida that was allegedly duping foreigners out of money were sown at a closed-door meeting in July.

Officials from America’s FBI and the Royal Canadian Mounted Police had flown in for an Interpol-coordinated briefing of the police chief of Noida, a city adjoining Delhi in the Gautam Buddh Nagar district of Uttar Pradesh.

A series of raids was reported in the following months as part of a crackdown on bogus call centres that mostly targeted North Americans.

The Sector 63 call centre, at the focus of the 126 arrests, allegedly extorted money up to $3,500 each from Americans as “penalty” for “problems” with their social security numbers, threatening arrest by the FBI if they didn’t pay up. A social security number is a nine-digit identification number issued to each US citizen.

Over a dozen raids had already taken place in October and November on other “fake” call centres in Noida that solicited money from Americans and Canadians on the pretext of fixing computers attacked by viruses sent by them, or by offering “tax benefits”.

“Close to 300 people were arrested, over 400 computer systems were seized, and fraud worth crores was unearthed.”

The US embassy in New Delhi recently lauded the operation as a “great example” of US-India collaboration in law enforcement. It highlighted how the FBI had helped the local police probe fraudulent call centres “affecting thousands of victims worldwide”.

Noida had been a major beneficiary when India replaced China as the leader of the booming BPO industry in the early 2000s, thanks to its lower manpower costs. The city found a place on the global map as a new “call centre hub”.

Some of the bogus call centres also swindled Indians out of lakhs by offering “cheap holiday packages” to locations like Goa and Himachal Pradesh, officials said. But they gradually shifted focus to foreigners.

“It’s easier to target someone in the US or Canada because the chances are slimmer that they would approach the police for sums they would consider ‘less’ (relatively insignificant),” an officer said.

The easy availability of personal data has increased people’s vulnerability to cyber fraud. With personal information gleaned from employment websites and mobile apps, the callers often pose as representatives of tech giants.

On November 22 night, eight fraudulent call centres were busted in simultaneous raids in Noida and Greater Noida and 23 people were arrested.

“These fake call centres sent malware to computers in the US, Canada and other countries and approached (the owners) as representatives of companies such as Microsoft or Apple and offered to solve their problems against a payment,” Sharma had.

Several of those arrested are from the northeastern states, such as Nagaland. Officials said the recruiters preferred them “for their English accent, which made them very authentic-sounding on tele-calls”