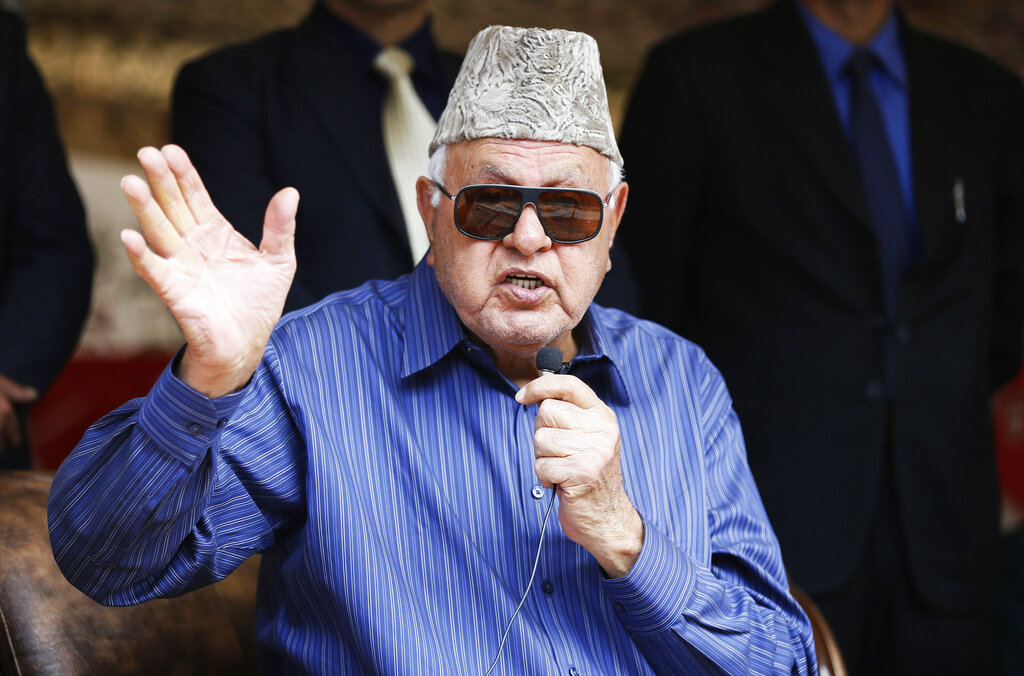 Former chief minister Farooq Abdullah on Sunday said the situation in Jammu and Kashmir was still not conducive for a “political discourse”, clarifying why he had been avoiding political statements after his Friday release.

The statement from the National Conference president and Srinagar MP underlined how even a five-time chief minister — let alone ordinary people — dare not freely express himself in the Valley since the August 5 scrapping of the erstwhile state’s special status.

“While I believe a free and frank exchange of political views is essential so that we can take stock of the momentous changes that J&K has seen after 5th August 2019, we are still some way away from an environment where such political discourse will be possible,” he said in a statement.

“This is especially so considering the number of people detained in August last year who remain in jails outside J&K.”

Farooq’s silence on political matters had led to speculation that he too had signed a bond that the government has used to pre-empt dissent in hundreds of other instances.

His daughter Safia Abdullah had on Saturday told The Telegraph that he had been released unconditionally and had not signed any bond.

Since his release, Farooq has not spoken a word criticising the government for revoking provisions of Article 370 or imposing a lockdown.

He, however, urged other political parties on Sunday to unite in urging the Centre to at least shift to Valley prisons the hundreds of Kashmiris detained in jails outside.

“Before we allow politics to divide us, I appeal to all political leaders in the state to unite behind the call to the Union government to bring back all detainees from J&K from prisons outside the state pending their release,” Farooq said.

“While we would like to see them all released as soon as possible, pending that they should be shifted to J&K. This is a humanitarian demand and I hope others will join me in placing this demand in front of the Government of India.”

Farooq said he was acutely aware that he had been far more fortunate than hundreds of other Kashmiris.

“I was detained at home and my family had access to me. Yesterday (Saturday) when I went to meet my son Omar, also detained under the Public Safety Act, I had to travel a kilometre from my home to be able to see him,” he said.

“For families of most of the detainees, meeting their loved ones is not nearly as easy. They get two visits a month, for which they have to spend large sums of money, (which) they can ill afford, travelling to and staying in the vicinity of these prisons.

“The already onerous financial burden is made worse by the health risk they now face because of covid-19. At a time when people are being advised not to travel, these families are being forced to put their lives at risk in order to meet their loved ones for a few short but very precious hours.”