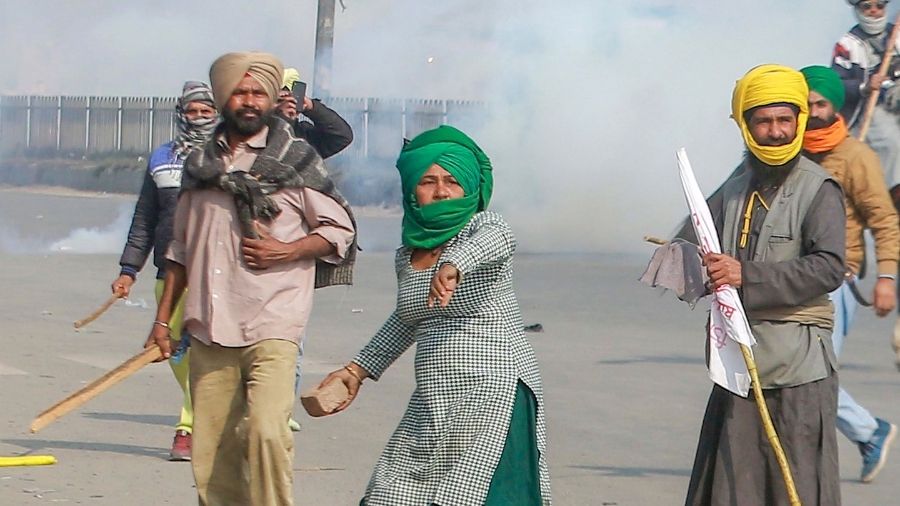 Protesting farmers violated the conditions pre-agreed for their tractor parade and resorted to violence and vandalism, leaving many police personnel injured, the Delhi Police said on Tuesday.

Releasing a statement, the police also claimed the force did all due diligence in following the conditions for the rally, but the protesters began their march much ahead of the scheduled time and extensive damage to public property was caused.

The police statement came as the national capital witnessed violent scenes during a tractor parade by farmers who entered the city in their tractors from different points to press for their demand of repealing the three new agri laws.

“The protesters violated conditions fixed for the rally. The farmers began their tractor rally before scheduled time, they also resorted to violence and vandalism,” Delhi Police PRO Eish Singhal said.

“We followed all conditions as promised and did our due diligence but the protest led to extensive damage to public property. Many policemen were also injured during the protest,” Singhal said, without mentioning the exact number of personnel injured.

The Samyukta Kisan Morcha, an umbrella organisation of 41 farmers’ units, which is leading the protest, dissociated themselves from the violence. It alleged that ‘anti-social- elements had infiltrated their ‘otherwise peaceful’ movement.

Wielding sticks and clubs and holding the tricolour and union flags, tens of thousands of farmers atop tractors broke barriers, clashed with police and entered the city from various points to lay siege to the Red Fort and climb the flagpole on Republic Day on Tuesday.

If police used teargas shells to disperse the restive crowds in some places, hundreds of farmers in ITO were seen chasing them with sticks and ramming their tractors into parked buses. A protester died after his tractor overturned.