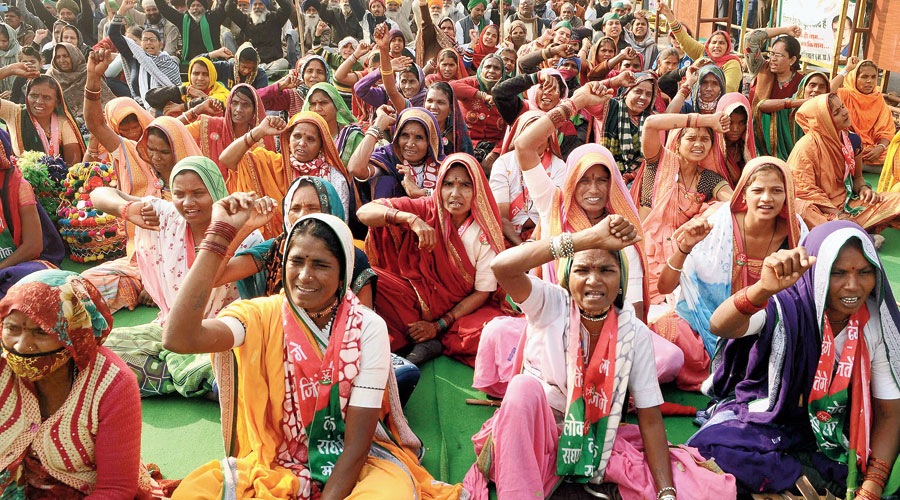 The protesting farmers on Saturday claimed a breakthrough in talks with police over finalising routes for the kisan parade on Republic Day amid indications from Delhi cops that the tractor rally would be allowed to enter the national capital, but there was no official confirmation.

The official announcement is expected to be made on Sunday once the final contours of the agreement are drawn up.

Delhi police sources said the tractor rally would be permitted after the main Republic Day parade but not in New Delhi and central Delhi areas.

The protesting farmers had always maintained that they only wanted to move along the Outer Ring Road, and not disrupt the main parade. From the day they announced their parade on January 2, the farmers have said that they would bring out their tractor rally only after the main parade is over.

Also, the police said the farmers would have to give a written undertaking about their programme before permission is granted. Delhi police have also told farmers that medical services will be provided to them on the designated routes.

Earlier, in a statement, the Samyukta Kisan Morcha — the banner under which the farmers’ protest against the new agriculture laws is being held — said: “In a breakthrough with police officials of Delhi, Haryana and Uttar Pradesh, SKM leaders were able to jointly finalise routes for the Kisan Republic Day Parade. Preparations are on in full swing for disciplined conduct of the same.”

Some farmer union leaders said the parade would be allowed to enter Delhi from five borders and move along a route designated by Delhi police without going on to the Outer Ring Road. Essentially, the farmers and the police have met halfway with the SKM giving up the insistence on going along the Outer Ring Road if the farmers are allowed to enter Delhi on Republic Day.

Yogendra Yadav of the Jai Kisan Andolan and Hannan Mollah of the All India Kisan Sabha — both constituents of the SKM — said there was broad agreement on the routes and they would be made public on Sunday. The police have said the barricades at the border points to Delhi will be removed, Mollah added.

Since the Supreme Court earlier this week refused to step in to take a decision on the farmers’ proposed parade, Delhi police have been in regular contact with the SKM leadership. The police at first tried to persuade the farmers to give up their plan to enter Delhi, taking the plea that the security set-up will be as it is strained on January 26 owing to Republic Day events.

Farmers, too, have been working overtime to not only make their parade a success but also ensure that it remains peaceful. The SKM has made it clear that only the national flag and flags of the various farmer unions can be placed on the tractors, strictly barring flags of political parties. Further, they are dissuading participants from trying out stunts during the parade.

Going by videos flooding social media and intelligence reports received by the security agencies, the participation for the parade is likely to be even more than anticipated.

The highways leading to Delhi from Punjab, Haryana and Uttar Pradesh are already witnessing a steady stream of bedecked tractors heading for Delhi.