Advertisement
Home / India / Farmers: no going back on the protests leading up to R-Day

Farmers: no going back on the protests leading up to R-Day 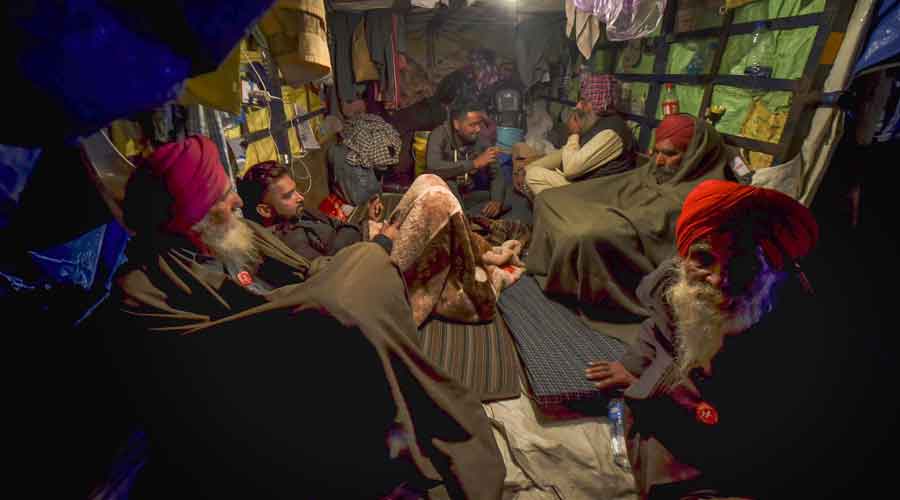 The umbrella outfit of protesting farmers on Tuesday welcomed the Supreme Court’s decision to suspend the implementation of the three farm laws but pointed out that this was not the solution that the unions had been asking for, as a stay means the legislation can be reinstated at any time.

The Samyukta Kisan Morcha made the comments based on media reports of the Supreme Court’s order and will take a considered decision after a meeting on Wednesday.

The farmers said there would be no going back on the protests leading up to Republic Day when they plan to take out a parade on tractors in Delhi after the annual spectacle.

The Morcha accused the government of misguiding the Supreme Court in general and even in the constitution of a four-member committee to broker peace, adding that the administration was also hiding facts from the court.

As for the Kisan Parade, Balbir Singh Rajewal, who heads a faction of the Bharatiya Kisan Union in Punjab, said it would be peaceful.

Addressing a media conference along with some other Punjab farmer unions, Rajewal sent out a message to all cultivators planning to join the parade from different parts of the country that no violence would be tolerated.

“Our parade will be peaceful like our movement has been for the past six months. We have no plans to hoist the national flag at Red Fort or conquer Delhi as is being alleged. We have always been peaceful and we will not tolerate any violence.”

Ever since the Morcha announced the farmers’ tractor parade for Republic Day, when they plan to enter Delhi if the laws are not repealed by then, the union leaders have repeatedly maintained that they will not disrupt the main parade. Their parade is to be held after the main parade is over, union leaders have made it clear, pointing out that farmers have children, siblings and spouses in the military and they understand the sanctity of the day.

“Our parade is about people claiming the republic,” has been their refrain.

On the Supreme Court notice to Delhi police on the Narendra Modi government’s plea to stop the farmers’ tractor rally on January 26, the Morcha sees it as an effort to prepare the ground for repression.

Some of the union leaders see the government’s reference in court to the presence of elderly people, children and women at the protest sites as an effort to have them removed so that police action is easier. The optics of police action against such vulnerable groups can have an adverse fallout for any government, more so when the farmers’ movement has drawn considerable attention overseas.

Referring to this, Yogendra Yadav of the Jai Kisan Andolan pointed out that women constitute 70 per cent of those who work on farms across the country. “Don’t they have a right to participate in a protest for their rights?” he asked.

Ravinder Kaur, an office-bearer of the same organisation, told The Telegraph that the elderly, children and women were at the protest voluntarily. “No one brought them here,” she said.

“The elders are here because they don’t want to see the land they have tilled for years go to corporates. The children are wondering why should they study when these farm laws are going to turn them into labourers. And the women also work in the fields, so they have a stake in this,” Kaur said, adding that the BJP thinks “this is one of their rallies where they pay people to create a crowd”.

As per the 2011 census, 98 million women in India have agricultural jobs, making them a stakeholder in the sector.