The march started with 5,000 farmers from Thane and will culminate on Thursday in Mumbai’s Azad Maidan where another 15,000 farmers will join 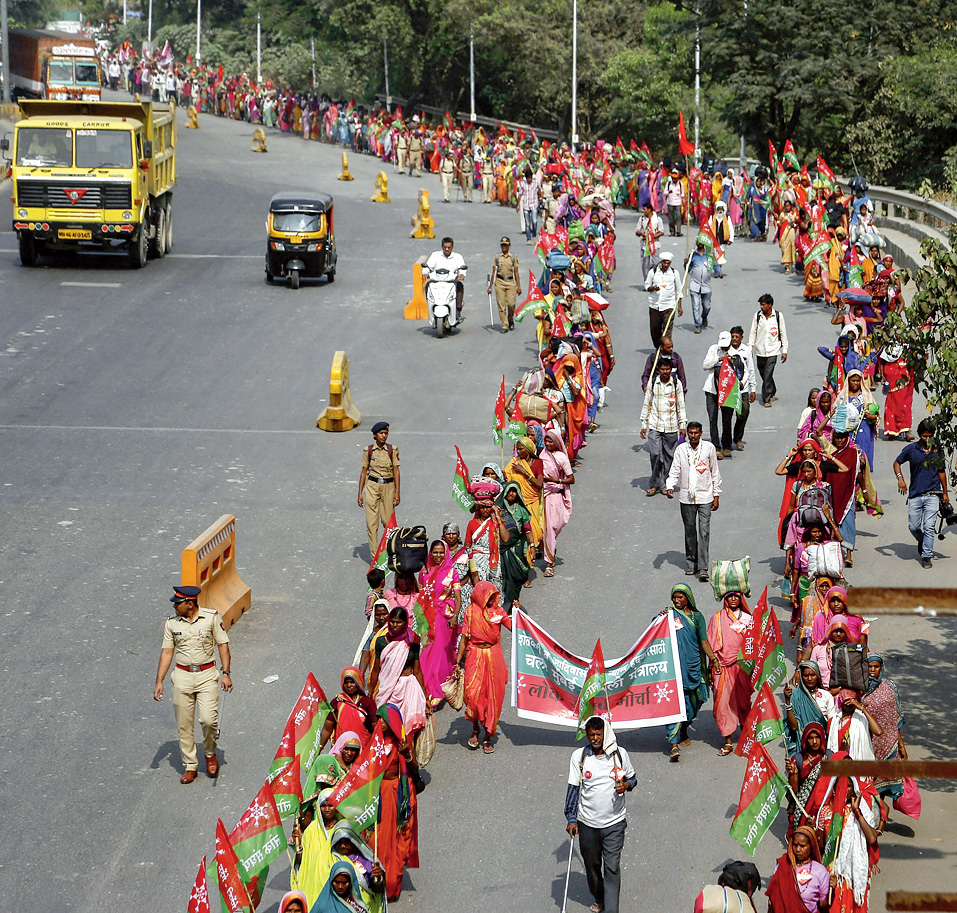 Around 20,000 farmers are on their way to Mumbai to hold an indefinite dharna to press for their demands, which include implementation of a loan-waiver package announced earlier as well as the M.S. Swaminathan commission recommendations. They are also seeking land rights for farmers and compensation for farm labourers.

The march started with 5,000 farmers from Thane, around 23km from here, and will culminate on Thursday in Mumbai’s Azad Maidan where they will be joined by another 15,000 farmers.

Eight months ago, farmers led by the All-India Kisan Sabha had walked 180km from Nashik to Mumbai with similar demands. The march then had received widespread support from Mumbai residents.

“The farmers are carrying 2kg of rice and 1kg of dal. They will camp in Mumbai till the demands are met,” said Pratibha Shinde, general secretary of the Lok Sangharsh Morcha.

“The government had assured that the Recognition of Forest Right Act would be implemented in six months. Out of the 3.64 lakh claims, only 5,448 claims have been disposed of. It is still a long way to go for the farmers and tribals,” Shinde added.

The march comes at a time when a drought-like situation has aggravated agrarian distress in the state. With the general election and the state Assembly polls both scheduled for next year, the BJP governments at the Centre and in the state cannot afford to ignore the farmers’ demands.

“The state government should provide compensation to the farmers in the drought-hit areas for buying foodgrain. They have lost their crops and need compensation,” Shinde said.

Water conservationist Rajendra Singh, who joined the farmers, said the gap between schemes on paper and their implementation was widening.

“There are many schemes dogged by faulty implementation. Water is diverted to cities while the farmers don’t get enough for irrigation,” he said.