Farmers being cornered, says Rahul Gandhi as he takes on BJP govt 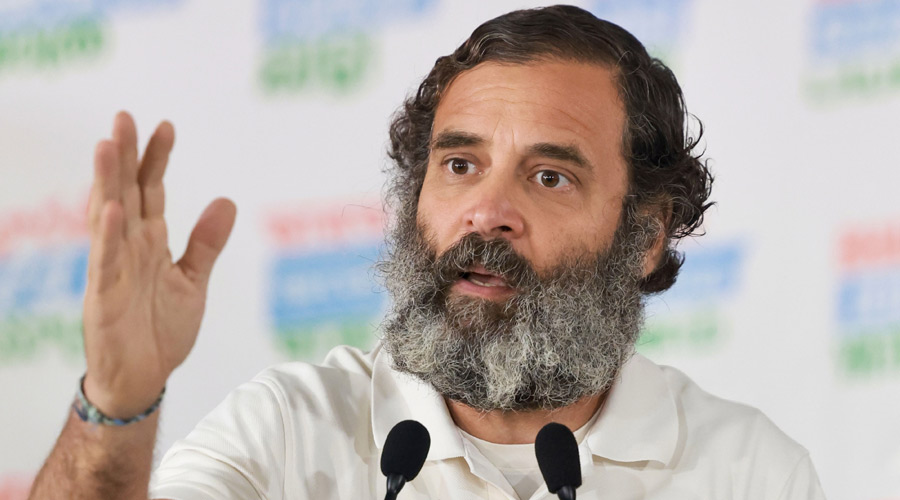 Congress leader Rahul Gandhi on Sunday slammed the BJP-led government for "cornering" the farming community with the rising fuel and fertiliser prices, saying that the farmers need to be protected.

The backbone of the country, which is feeding people, is being targeted, he was addressing a press conference at Samana, near here.

The Gandhi-led Bharat Jodo Yatra, a foot march from Kanyakumari to Kashmir is currently in the second phase of its Haryana leg.

"We know farmers are being attacked. I can guarantee one thing if Congress party comes to power anywhere, this attack will be stopped. Farmers will be protected. If we can waive lakhs of crore of rupees of 'arabpatis' then we can help farmers as well," he said.

Gandhi also targeted the BJP government over the rate of unemployment.

"This country is lying to its youth. I have travelled over 3,000 km and asked the youth what they want to do, they say they want to become engineer, doctor, lawyer, join army and administration," he said.

Reality is that only 10 per cent of them will get jobs and the dreams of the rest will be shattered, he added.           He also said people know that unemployment is increasing because "the wealth is concentrated with 3-5 individuals".

"They also know that with the concentration of this wealth, economic might is also going into the hands of a few, resulting in unemployment and inflation. We wanted to keep this fact before people and the Yatra has done that successfully," he said.

He asserted that employment can be generated through a second green revolution, agricultural transformation and more food processing factories.

With this, crores of people will get respectable employment, he added.

Small and medium enterprises were destroyed by the demonetisation and wrong GST, he said, adding that they should also be protected and financed.

Stressing the importance of skill development, Gandhi said, "Our education system shows only five ways but there are lakhs of ways. When this country will start respecting skills, it will become a real superpower and compete with China." However, till then it is hollow, he added.

The Wayanad MP said he was surprised to see the tremendous response his yatra received in the northern belt.

He said the march got a very good response in Uttar Pradesh, Madhya Pradesh, Haryana and Rajasthan.

"Without doubt, the Congress party will form the government here," he asserted, referring to the 2024 Haryana assembly polls.

Answering a question on the chief ministerial face of Congress for the assembly polls, Gandhi said, "I have said this in earlier press conferences as well that our aim is on the Yatra right now." He said the media has been told not to broadcast the yatra on television whereas the march has taken social media by storm, adding that questions on the CM and PM face of the opposition are asked to distract.

"Next question will be who will be PM (Congress' prime ministerial face). Then you will say there is no unity in the opposition. But you do your job, I will do mine".

When asked what changes has the yatra brought to his personality, he quipped, "It is your decision, you are the judge, jury and executioner...You will have to decide who is Rahul Gandhi, and what change has come or not come."