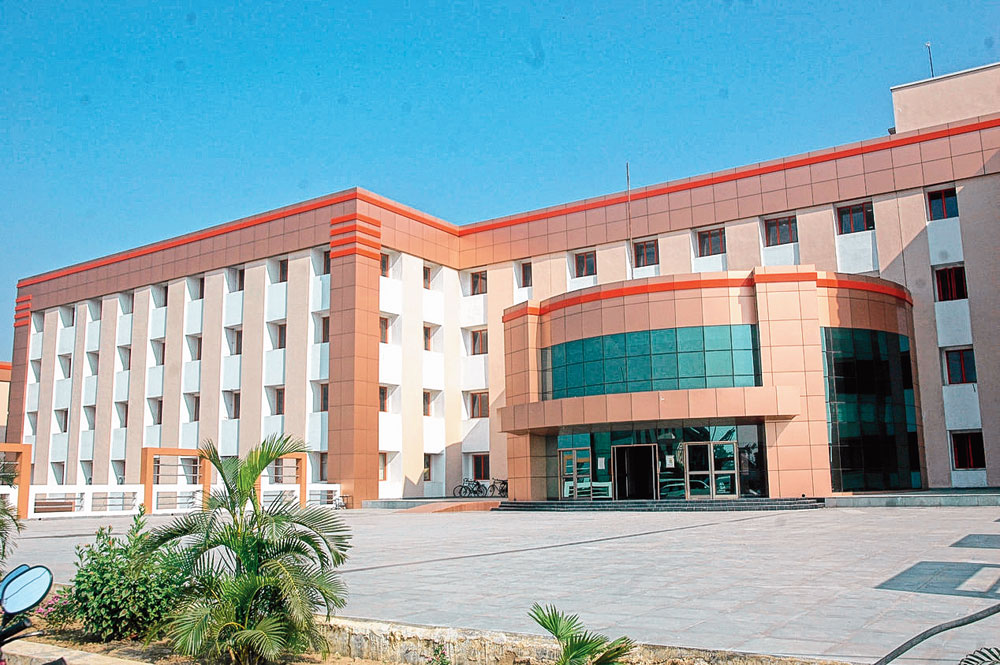 The panel has slammed AIIMS, Patna, not just for its large proportion of unfilled faculty posts, but also for “irregularities” in equipment procurement processes and has sought probes into purchases made
Telegraph picture
G.S. Mudur   |   New Delhi   |   Published 01.01.19, 09:55 PM

Shortage of teachers, infrastructure lapses and even defective operation theatres have hobbled the All India Institutes of Medical Sciences in six cities, obstructing the Centre’s efforts to establish mirror images of AIIMS, New Delhi.

A parliamentary panel that scrutinised healthcare services at the AIIMS in Bhopal, Bhubaneswar, Jodhpur, Patna, Raipur and Rishikesh has cautioned that their “vast shortage” of human resources “will crumble even the strongest infrastructure” if established there.

The panel’s report, tabled in Parliament on Friday, has revealed that 884 (48 per cent) of the sanctioned 1,830 faculty posts at the six institutes were vacant and some did not have a single teacher in superspeciality services such as neonatology, surgical gastroenterology or trauma management.

The panel said the overall faculty strength was “abysmal” and pointed out that the deficiency of personnel overburdened faculty-doctors appointed to work under intense pressure under skewed doctor:patient ratios.

AIIMS Rishikesh has filled up the highest proportion of faculty posts but by poaching from neighbouring medical colleges.

“It is distressing to note that the Institute (AIIMS, Rishikesh) has created a serious deficit of medical professionals and faculty in Uttarakhand,” the parliamentary standing committee on health said in its report.

“Given the size of our population, the country needs AIIMS-like institutions delivering tertiary-level healthcare services in every state,” the surgeon added.

“Such government institutions can provide professional space for doctors to provide ethical healthcare services. We can hope that over time, people will develop faith in the new AIIMS.”

Doctors at the new institutions are also struggling with infrastructure gaps, including defective operation theatres at AIIMS, Rishikesh.

The panel said it was “shocked” to find that there was no provision for medical gas pipelines and sewer lines for operation theatres. “This was a basic civil engineering concept that was completely overlooked,” the panel said in its report that has also cited “structural design faults”.

During its study visit to AIIMS, Jodhpur, the panel did not find a single modular operation theatre (OT) functioning.

“The nine major OTs and three minor OTs were makeshift OTs in out-patient department blocks and not in consonance with original drawings submitted,” it said.

Since the six AIIMS opened in 2012, the Centre has announced 14 more AIIMS-like institutions — in Kalyani (Bengal), Assam, Gujarat, Himachal Pradesh, Jammu and Kashmir, Jharkhand, Punjab and Tamil Nadu, among other states.

Public health experts say the challenges the six AIIMS are facing hold lessons for plans to establish more such institutes.

“These institutions are intended to be centres of excellence — but the lack of faculty will impact quality of clinical services and medical education there,” said Anant Bhan, an independent researcher specialising in health policy, bioethics and global health.

“There’s certainly a need for more AIIMS-like institutions in the country, but the experiences with the new institutions suggest that not enough has been done to ensure they achieve a certain level of quality.”

The parliamentary panel has slammed AIIMS, Patna, not just for its large proportion (60 per cent) of unfilled faculty posts, but also for “irregularities” in equipment procurement processes and has sought probes into purchases made.

The panel said AIIMS, Patna, had made “false claims” that Indian models of basic instruments such as hand drills, mouth gags, hooks and chisels were not available in the market. The panel has questioned the institute’s decision to procure “simple items” such as a museum jar for its pathology department and 48 LED TVs (42”) through single bids.

“AIIMS Patna’s claim that it has a functional trauma/emergency care centre is (an) absolute farce,” the panel said in its report. It has pointed out that patients from Bihar continue to turn to AIIMS, New Delhi, for speciality healthcare.