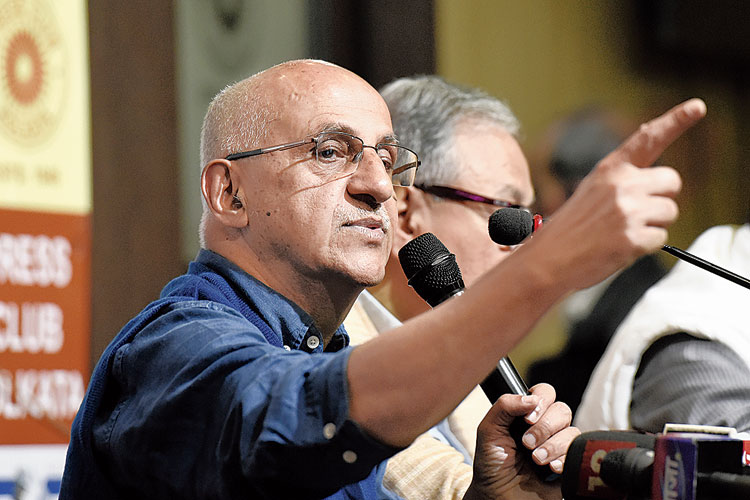 The Supreme Court on Wednesday sought an explanation from Harsh Mander, bureaucrat-turned-activist, who has emerged as one of the most trenchant critics of the citizenship regime, for a comment attributed to him at a protest.

Mander has been accused of saying the citizenship issue should be taken up on the streets as he had faith in neither the judiciary nor Parliament.

The former bureaucrat had filed a petition in the Supreme Court for the registration of an FIR against politicians who made hate speeches that have been blamed for instigating the Delhi riots that have so far claimed 48 lives.

The bench adjourned the matter till March 6 by when solicitor-general Tushar Mehta agreed to place an affidavit on his allegation against Mander. Mehta had submitted in the court purported transcripts of the statement reportedly made by Mander during the ongoing protests.

“We will sort this out first…. We will see whether a hearing has to be given to you (Mander),” the bench observed.

Nundy told the court that she doubted the veracity of the claim made by Mehta.